The parents of a 6-year-old girl who died of heat stroke this month while trying to cross the U.S.-Mexico border are speaking up about the “desperate” choice they made to seek asylum in America.

Gurupreet Kaur’s parents, natives of Punjab, India, said that they were hoping to give their daughter a better future by bringing her to the United States.

“We wanted a safer and better life for our daughter and we made the extremely difficult decision to seek asylum here in the United States,” the couple said in a statement released on their behalf by the Sikh Coalition. “We trust that every parent, regardless of origin, color or creed, will understand that no mother or father ever puts their child in harm’s way unless they are desperate.”

Gurupreet died while trying to cross the border with her mother in a remote area of desert in Arizona, CNN reports. Border Patrol agents found her body on June 12, about 17 miles outside of Lukeville.

The girl’s father, A. Singh, has been living in the United States since 2013. A resident of New York, Singh’s asylum application is pending before a New York immigration court, according to the Sikh Coalition.

Gurupreet’s mother, S. Kaur, left their home in India to reunite with Singh in New York City, where they hoped to raise their daughter. It’s unclear how and when the mother and child arrived at the U.S.-Mexico border.

The Sikh Coalition is declining to release the couple’s first names out of concerns for their privacy. The advocacy organization is not representing them in a legal capacity.

Gurupreet and her mother joined three other Indian migrants ― including an 8-year-old girl ―who were seeking to enter the United States. Smugglers dropped the group off in a remote area on the Mexican side of the border and told them to walk north, according to CNN.

As temperatures climbed to 108 degrees that day, Kaur and another woman in the group split off to look for water but were unable to find their way back to the others. They encountered Border Patrol agents, who searched for hours and eventually found Gurupreet’s body. The other two members of the group, including the 8-year-old, were located later and taken to a hospital.

Kaur was released from an Immigration and Customs Enforcement processing facility last Tuesday and allowed to travel by bus from Arizona to New York City, according to the Sikh Coalition. She arrived on June 21 and has been issued a notice to appear before a New York immigration court, but hasn’t received a date for her appointment.

Her attorney, Deepak Ahluwalia, told CNN that she’ll be seeking asylum. He believes Kaur was being persecuted by someone in India.

Gurupreet’s death demonstrates that the immigration crisis doesn’t just affect Latinx communities. As of 2017, there were 630,000 undocumented Indians living in the U.S., a 72% increase since 2010. Many became undocumented by overstaying their visas.

About 2,550 Indians were active participants in DACA, the Deferred Action for Childhood Arrivals program, in 2018.

South Asians have increasingly been seeking asylum in the United States because of religious and political repression in their native countries, said Lakshmi Sridaran, interim co-executive director of South Asian Americans Leading Together, a civil rights organization.

“The increase in South Asian migrants attempting to cross the U.S. Mexico demonstrates that the range of communities impacted by our militarized border continues to grow,” she told HuffPost.

The Trump administration has imposed limits on how many people can claim asylum at official U.S. ports of entry every day. Frustrated by monthslong waits for asylum interviews, some families attempt risky crossings.

Border Patrol reports that 283 migrants died while attempting to cross the border in 2018, although immigration activists say the number could be much higher.

Texas authorities reported on Monday that seven people, including two babies and a toddler, had died while attempting to cross the border into that state, Reuters reports. In April, a Honduran man and three children died when their raft overturned in the Rio Grande.

Gurupreet’s funeral service will take place on Friday in New York City. Through the Sikh Coalition, her family has asked for privacy during a “deeply painful time.”

“We will carry the burden of the loss of our beloved Gurupreet for a lifetime,” the parents said. “But we will also continue to hold onto the hope that America remains a compassionate nation grounded in the immigrant ideals that make diversity this nation’s greatest strength.”

Parents Of Indian Girl Who Died Crossing Border Were Trying To Give Her A 'Better Life'
Ada Trillo Photographs Migrants At The U.S.-Mexico Border 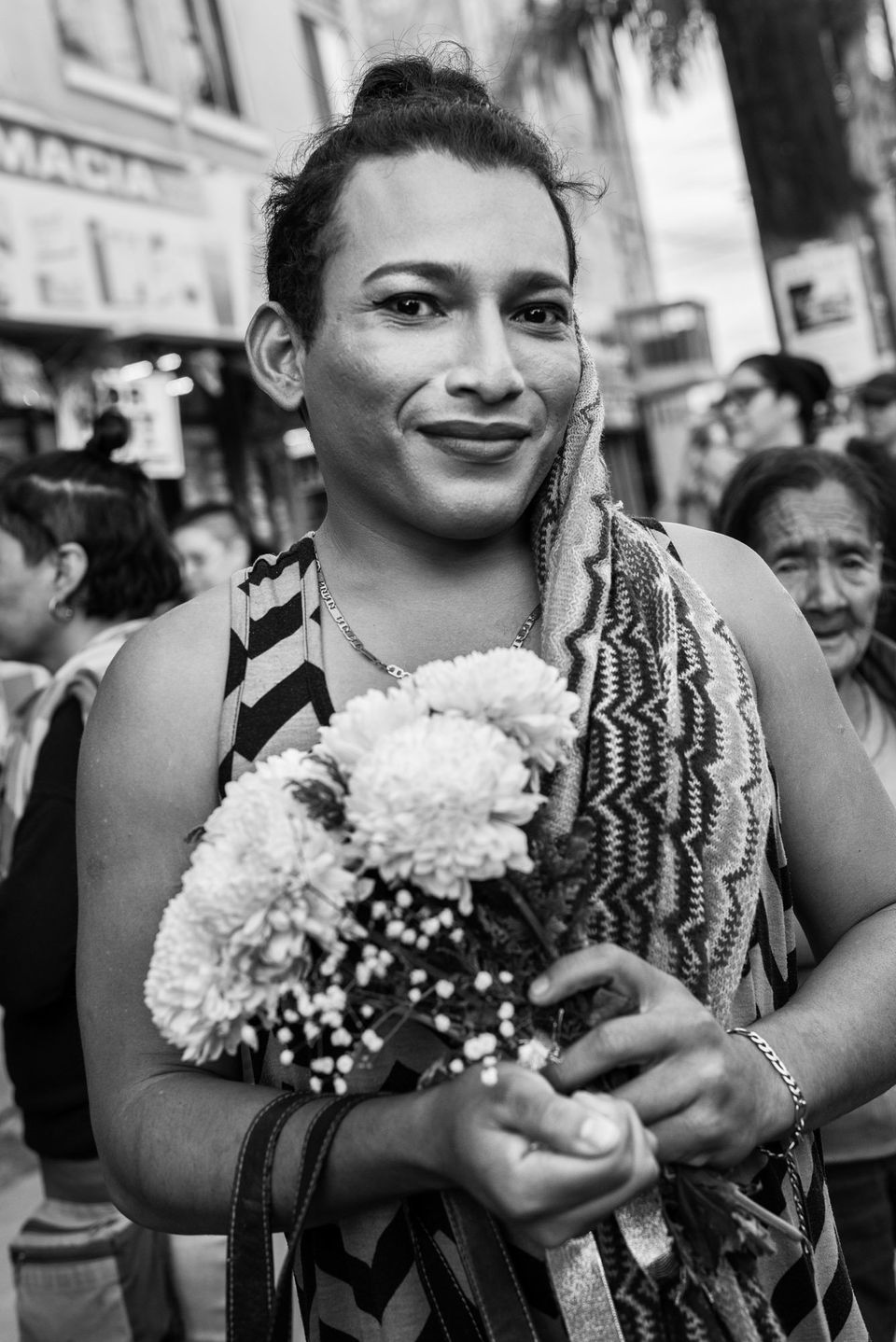 1 / 9
La Boda
Mar is a member of the migrant caravan from Honduras and participated in an LGBTQ wedding in Tijuana, Mexico. Same-sex marriage is illegal in Honduras.
Ada Trillo