Professional freeskier Gus Kenworthy has come out as gay.

The Olympic medalist made the announcement Thursday morning on Twitter, telling followers of his sexual orientation in a straight-to-the-point message which read simply, "I am gay."

The tweet accompanied a photo of the athlete on the cover of the latest ESPN Magazine, which is publishing a profile on Kenworthy and the struggle he's faced in coming out.

That struggle has been especially difficult as a freeskier, Kenworthy told ESPN, a sport he acknowledges glorifies the "alpha male thing" at times. Kenworthy said that in his darkest moments, he even considered taking his own life.

"Hiding everything away is so painful," he said in a video on ESPN. "You're constantly lying and constantly feeling like you're being deceitful. I'm just at that point where I'm ready to open up and let everyone see me for me and I hope everyone accepts it."

Kenworthy earned a silver medal at the Winter Olympics in Sochi, and then stayed in Russia for an extra month to rescue stray dogs and bring them home to Denver.

Plenty of athletes voiced their support for Kenworthy following his announcement, including the U.S. Freeskiing team, which tweeted that it was "A huge day in action sports, the @Olympics and in @guskenworthy​'s life. We stand with him and support him."

So proud of you @guskenworthy You have always impressed me with your skiing, kindness and courage. But today, I am in awe.

Proud of you @guskenworthy! You're the man!

Gus you are the man! So proud of you for this I know it couldn't have been easy but we're all supporting you #GoGus https://t.co/jclEbTrhzX 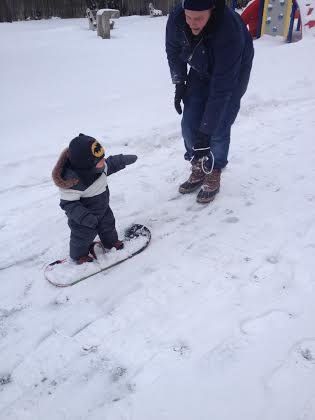