Some of the world's most famous artworks are nomadic. They travel from one institution to another, borrowed and lent across museums so that art admirers in continents too far to touch can view them. They are gently packaged and shipped overseas, ushered into temporary homes by art handlers who take their jobs very seriously. (And sometimes not so seriously.) It's an arduous ordeal, one not without its hiccups, but essential nonetheless.

For example, without these kinds of arrangements, the fine people of Boston wouldn't be able to feast their eyes on the unfinished work of "The Kiss" painter, Gustav Klimt. And that would be a shame.

The aforementioned unfinished work is an early 20th century painting depicting the biblical figures Adam and Eve. It has traveled from the Österreichische Galerie Belvedere in Vienna, Austria all the way to the Museum of Fine Arts Boston as a part of the latter's "Visiting Masterpieces" series this month. Klimt was unable to finish the work before his death in 1918, hence the handless Eve standing in front of an unruffled Adam. Curators speculate that the empty space was meant to reveal an apple, the signature fruit of religious history's first woman rabble-rouser.

Klimt, the Austrian artist known for his ability to eroticize the female body with a flick of his gilded brush, is of course heralded for his work on the famous painting, "The Kiss (Lovers)." Klimt's rendering of Adam and Eve reveals a shadow of the artist's mosaic-like technique, this time profiling a completely nude female body, her eyes staring forth from the frame as she obscures the likely equally nude body of her counterpart. At the MFA, the piece will be shown next to Oskar Kokoschka's 1913 masterpiece, "Two Nudes (Lovers)," yet another portrait of the Abrahamic sinners. 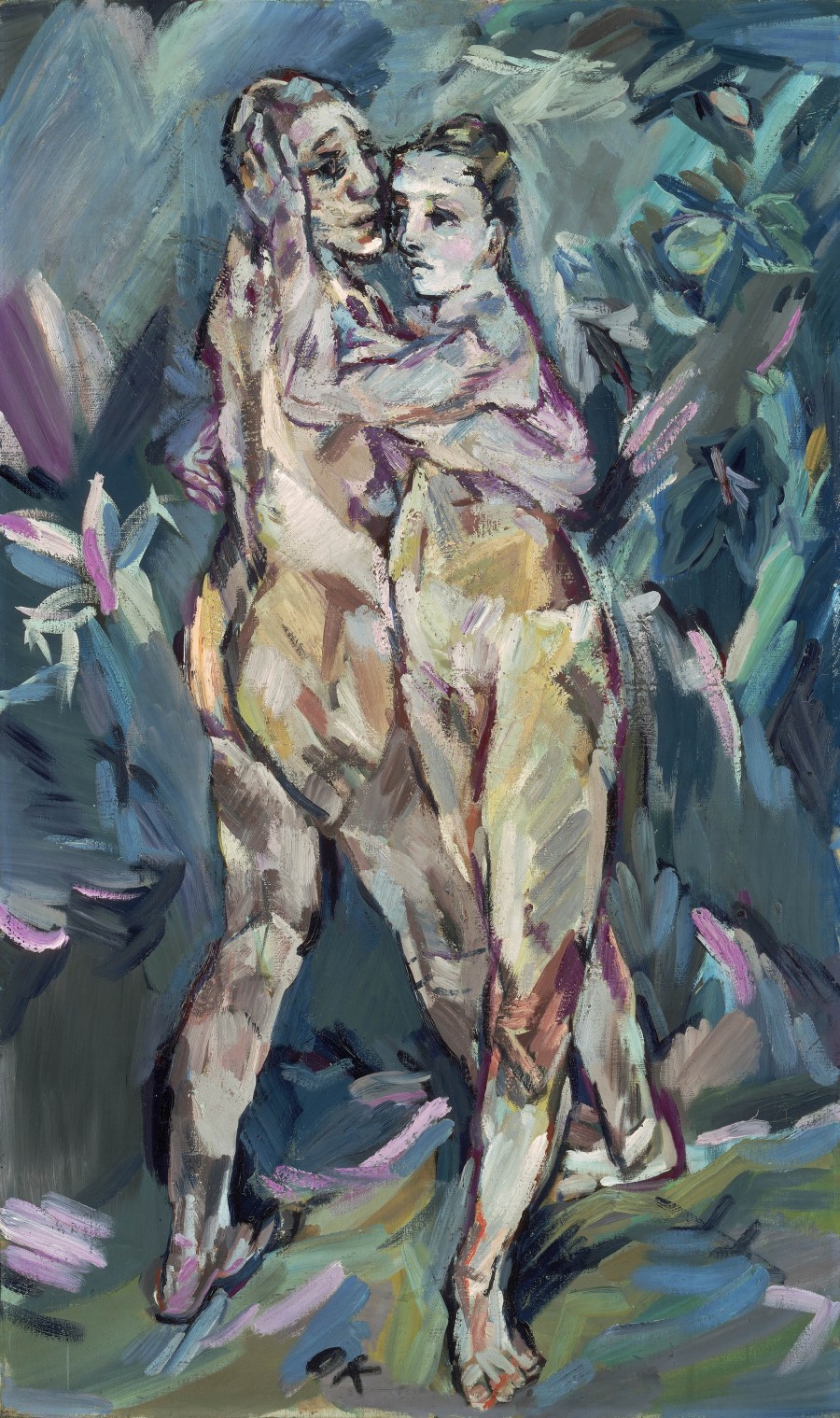 Klimt's mass appeal is undeniable. The 150th anniversary of the artist, celebrated in 2012, reminded the world just how much fans enjoy ogling the Portrait of Adele Bloch-Bauer. "Paintings by Klimt are among the most expensive in the world but they have also come to adorn the cheapest tat," the BBC reported, "everything from mugs and fridge magnets to key-rings and tea towels."

For those still nursing a solid case of Klimt mania, the MFA's short affair with Adam and Eve is not to be missed. 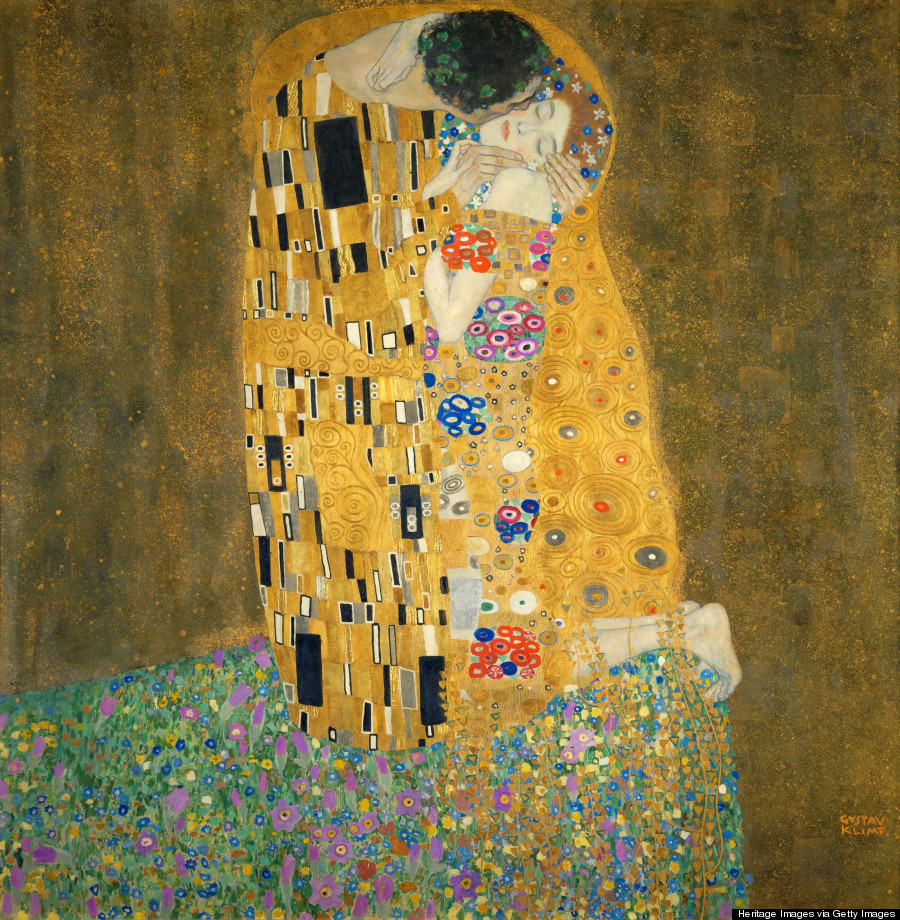 The Kiss, 1907-1908. Found in the collection of the Österreichische Galerie Belvedere in Vienna. (Photo by Fine Art Images/Heritage Images/Getty Images)

Gustav Klimt’s "Adam and Eve" is the latest presentation of the MFA’s Visiting Masterpieces series, which highlights important loans, often complemented by works from the MFA's collection. It will be on view from January 17 to April 27, 2015 in the Charlotte F. and Irving W. Rabb Gallery. The exhibition also includes a selection of works on paper by Klimt and his contemporaries from the MFA’s holdings.