Every year, at least one of the fine art masters is raised up in popular consciousness with a film, and this year’s pick was Gustav Klimt.

“Woman in Gold” has harnessed the starpower of Ryan Reynolds and Helen Mirren to dramatize the legal battles over the Austrian painter's “Portrait of Adele Bloch-Bauer I.” The film has made visiting New York City’s Neue Galerie, where the painting is held, a rather humorous experience -- full of Mirren quotes and cinematic comparisons instead of the usual hushed art criticism inspired by the intimate space. And though I’d never take issue with any artist earning mass appeal, it’s worth remembering that Klimt’s legacy far surpasses a single adorned portrait.

For his birthday, here's a rundown on my personal favorite: “The Tree of Life.”

In some ways, we’re in familiar Klimt territory with this one. Like the Bloch-Bauer portrait, it was painted during Klimt’s “golden phase," a style that focused on decorative patterns, mosaics and brilliant ores. Klimt's earlier work had been more radical, but he calmed down after a particularly intense scandal involving three ceiling paintings that were seen as perverting the classic figures of "Philosophy," "Medicine" and "Jurisprudence." His travels to Venice and Ravenna at the time led to an interest in mosaics and Byzantine imagery, and those styles combined with the Viennese sensibilities in fashion and interior design to create the ravishing, pattern-stuffed portraits that are so iconic.

But there’s one glaring difference between “The Tree of Life” and the other golden phase paintings: the tree. Klimt is known today for his portraits and human studies, but he had a side interest in landscape art, which he developed during his summer holidays by Attersee Lake. Unlike the golden phase paintings, the landscape works took their stylistic cues from Impressionism and Pointillism. So “The Tree of Life” can be seen as the synthesis of landscape content and golden phase styles. That’s why it’s been considered the only “landscape” he made during golden period.

Symbolically, "The Tree of Life" also carries heavier spiritual and metaphysical meaning than much of Klimt’s work. It’s an image that appears across various religions and cultures, symbolizing the interconnectedness of the world. Klimt’s painting stresses that symbolism by stretching the tree across the canvas, as if linking the underworld, earth and heavens. Repeated motifs in the ground, the figures and the tree itself make it seem that they're all composed of a single substance. In a way, it's a visual effect typical of Klimt’s golden phase art: the decorative elements fusing with and elevating the central figures, but it also dissolves the barriers between them and their auric surroundings. It's a beautiful fusion of form and content: golden phase technique finding the perfect home in the tree's symbolic content.

Like Bloch-Bauer’s portrait, “The Tree of Life” has an odd history of private ownership. What we consider the “painting” was actually only a study for a massive mosaic installation for the Palais Stoclet in Brussels. This private mansion was built for banker and art lover Adolphe Stoclet and, sadly, it’s still closed to the public. It might not be enough dramatic fodder for a star-studded film, but it’s a good reminder that the politics of patronage and private ownership were deeply intertwined in Klimt's work. Even when it seemed to diverge to more symbolic, metaphysical or natural motifs. 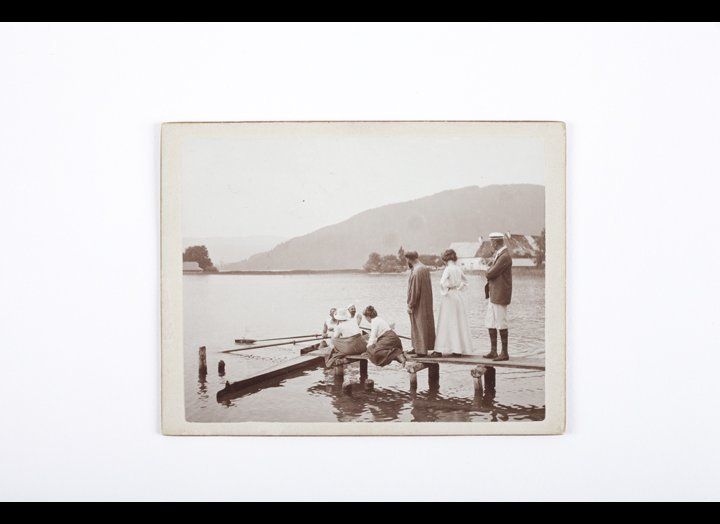