Anyone who has been paying close attention to the argument over whether Gustave Whitehead or Wilbur and Orville Wright flew first, can see that the recent attempt to promote Whitehead is in a state of collapse.
All Over But The Shouting

The issue of whether or not German immigrant Gustave Whitehead flew at Fairfield and Bridgeport, Connecticut, in 1901 or 1902, or ever flew at all, has been simmering since 1935 when Stella Randolph and Harvey Phillips' article "Did Whitehead Precede Wright In World's First Powered Flight?" appeared in Popular Aviation magazine.

The first high-water mark of the dispute came in 1937, with the publication of Stella Randolph's book Lost Flights Of Gustave Whitehead.

In 1978, forty-one years after Randolph's first book was published, Randolph and Maj. William O'Dwyer co-authored History By Contract, a work that heatedly slammed the Smithsonian Institution for entering into an agreement (O'Dwyer and Randolph characterized it as a "contract") with the estate of Orville Wright that secured the 1903 Wright Flyer for the Smithsonian.

The "contract" is still a bone of contention for Whitehead advocates, who wrongly accuse the Smithsonian and NASM of ignoring Whitehead in order to maintain possession of the 1903 Wright Flyer.

Reconciliation Dashed By A Curmudgeon

Perhaps surprisingly, there was a glimmer of a chance in the late 1970's to reach some sort of accord or understanding between those pushing for Whitehead, and the Smithsonian/NASM, and it was torpedoed by one of Whitehead's most vocal and energetic supporters.

The effort to reach a conclusion to the Whitehead furor was led by the longest serving state legislator in Connecticut history, State Senator George "Doc" Gunther.

"Doc," still sharp and quick at 91 years of age, recalled during a phone interview (September 29, 2010) that he visited the National Air & Space Museum, just prior to the publication of History By Contract, to see what could be done about giving some recognition to Whitehead's aeronautical efforts.

"Doc" Gunther recalled that things were going rather well with NASM until O'Dwyer (whom Gunther called a "curmudgeon" - a "pain in the a__ as much as a help") "gave them a blast" in History By Contract and that ended Gunther's efforts to reach some mutually agreeable resolution to the controversy.

Gunther remarked that "I told him to keep his g_d-damned Irish temper in his pants" but Gunther observed that O'Dwyer "... was gonna do what he thought he should." "Even just before he passed, he was up at the Smithsonian looking through files for things..."

The most recent incarnation of the pro-Whitehead group's battle for recognition unexpectedly burst forth in March of 2013 when the editor of Jane's All The World's Aircraft, Paul Jackson, wrote an editorial declaring his belief that Whitehead had flown in 1901.

That editorial, coupled with what Whitehead advocate John Brown said was his discovery of a photo showing Whitehead in powered flight in 1901, made headlines and spurred the Connecticut state legislature and state governor to pass bills declaring Whitehead had been "first in flight."

Only four months later, in July 2013, the photo was thoroughly discredited, shown to not be a 1901 image of Whitehead in flight but, in fact, it was a 1905 image of a John J. Montgomery glider on display.

In April of 2015 the owner and publisher of Jane's All The World's Aircraft threw in the towel and issued a public statement disowning the Jackson editorial, renouncing any support for Jackson's conclusion that Whitehead had flown in 1901.

Like Water In A Shallow Pond, Whitehead Evidence Evaporates

John Brown will be remembered for the hostile tone of his many ill-founded personal assaults on Wilbur and Orville Wright, on legendary British aviation historian Charles Harvard Gibbs-Smith, on respected NASM Senior Curator Tom Crouch, and on the Deutsches Museum and its Aeronautics Curator Hans Holzer, among others, adopting some of the tactics of Maj. O'Dwyer who apparently believed that applying pressure and hostility to the opposition made up for a lack of evidence.

As of late, John Brown has all but vanished from the discussion, perhaps the embarrassment of it all has finally gotten to him.

By July of 2013, the once-revered origin of the Whitehead Myth, an article in the Sunday August 18, 1901, Bridgeport Herald (that had been touted as "proof" Whitehead flew in 1901) was shown to be a rewrite of an earlier article in the New York Sun, reducing the venerable August 18, 1901, anonymous "artifact" to little more than a crazy quilt of this-and-that from various sources.

A bill by Connecticut State Senator Kevin Kelly establishing Gustave Whitehead Day has been stuck in the transportation committee since January of 2015, failing to be voted out of committee.

Then along came two-time Pulitzer Prize winning author and historian David McCullough and his book on Wilbur and Orville Wright, in which he dismisses the notion that Whitehead's "flights" had been anything more than delusions and fabrications.

So, as of late May of 2015, the energy of the pro-Whitehead group has been sapped. The air under the wings of the Whitehead Myth has turned sour. 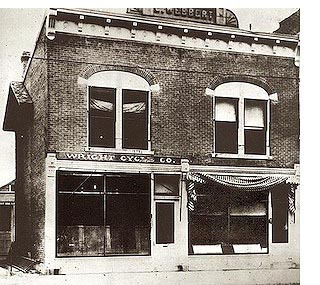 A last hope of Whitehead advocates at this point rests with the daughter of Maj. William O'Dwyer, Susan O'Dwyer-Brinchman, who has written a book on the Whitehead matter due out at the end of this May. It's unlikely that Ms. O'Dwyer-Brichman's book will provide any new, much less compelling, evidence that Whitehead ever flew.

Her book might be the last hurrah for Whitehead advocates... the last audible bit of shouting.