The human gut microbiome -- which includes the community of trillions of bacteria living within our intestines -- has been called one of the next big frontiers in medicine.

In recent years, a growing body of research has shown that the bacteria in our gut exert a powerful influence on our immune and endocrine systems, brain health, mood and cognitive function, and other key biological processes.

We know that the balance of good and bad bacteria in the gut can keep us healthy -- or can contribute to disease. Now, the next step for this exciting medical frontier is learning how to leverage the power of the microbiome to treat disease.

In new research, biologists and medical engineers at the Massachusetts Institute of Technology are doing just that by reprogramming gut bacteria to act as "living therapeutics" that can correct the metabolic dysfunctions underlying certain ailments.

"It's become really clear that the bacteria living in us and on us affect our bodies in a variety of different ways -- in ways that we never imagined," Dr. Timothy Lu, a biological engineer at MIT, told The Huffington Post. "The old idea that people are just people and that everything that happens in our bodies is dictated by human cells and DNA is probably not the complete picture."

At the MIT offshoot biopharmaceutical lab Synlogic, which Lu co-founded, scientists are working to create a new class of medications called "synthetic biotics," DNA-programmed bacteria that perform important metabolic functions and can reduce inflammation on a highly localized level.

Synthetic biotics are based off of probiotics, those strains of "good" gut bacteria that can be taken in over-the-counter supplement form to support digestive and immune health by altering the balance of intestinal microbiota. They go a few steps beyond probiotics by actually programming the bacteria to perform certain functions.

"We start with the probiotics that you can literally buy over the counter at your local pharmacy," Lu explained. "We're trying to show that probiotics that are really engineered with our technologies can treat serious human diseases. So we take those probiotics and modify them so that we can significantly amplify their beneficial effects."

Here's how it works: Lu and Dr. Jim Collins, Synlogic co-founder and biological engineer, developed "genetic circuits" made of synthetic DNA or RNA that carry instructions for certain bacteria, telling them to seek out and cure infections. Essentially, the researchers are tweaking the genetic codes within the bacteria in order to program them like a computer.

The bacteria can be programmed, for instance, to detect inflammation in the gut and create anti-inflammatory molecules on the spot, as well as producing molecules to boost immune system function.

So far, the research team has focused on programming E. coli Nissle (not to be confused with plain E. coli), a strain of bacteria found in the gut that's widely used as a probiotic.

Using this method could offer certain advantages over traditional treatments for inflammatory digestive disorders like Crohn's disease and ulcerative colitis -- it's potentially more precise and safe than the commonly used anti-inflammatory treatments, the researchers say.

The microbiome is such an integral part of us that future drugs will need to work with and even through the microbiome." Dr. Rodney Dietert, immunotoxicologist at Cornell University

Two synthetic biotics drug candidates -- designed to treat rare genetic metabolic disorders by flushing toxic substances out of the body -- are currently slated to enter clinical trials within the next year. Collins likens the drugs to "biological thermostats" -- they "detect and regulate the amount of an enzyme or metabolic byproduct in a patient's body."

One of the drugs is designed to treat urea cycle disorder, a rare condition affecting up to 6,000 people in the U.S. that impairs an individual's ability to process ammonia. The other is for phenylketonuria (PKU), an inherited condition that causes a dangerous excess of ​the amino acid phenylalanine (which is found in ​food that contains protein) to accumulate in the body, forcing patients to undertake an extremely low-protein diet. PKU affects roughly 13,000 people in the U.S.

"Synlogic is programming these probiotic microbes to consume ammonia or phenylalanine," Collins explained in a statement. "They are reaching levels that are expected to be clinically meaningful, which is quite remarkable."

Ultimately, Synlogic is looking to create synthetic biotic treatments for not only rare genetic disorders but also for a range of ailments with metabolic components, including autoimmune diseases, cardiovascular disease and central nervous system disorders.

A New Class Of Living Medicines

Scientists have already been looking into probiotics as treatment for illnesses with digestive and metabolic components. However, little clinical research has been conducted on probiotics, so we have only a limited knowledge of their potential effectiveness for various health conditions.

The project is one example of the intersection of microbiome research and synthetic biology, a burgeoning field that designs new biological components and redesigns existing ones.

Of course, there's still much work to be done. Getting the right dosage of the synthetic biotics is a challenge, as too little is ineffective and too much could act as an immunosuppressant.

In the meantime, Synlogic raised $40 million in venture capital just last year, and scientists are buzzing about the development.

"The microbiome is such an integral part of us that future drugs will need to work with and even through the microbiome," Dr. Rodney Dietert, an immunotoxicologist at Cornell University who is not involved with Synlogic and author of The Human Superorganism, said in an email. "This is a truly exciting development on a path toward medicines that work with the human superorganism."

Hacking Gut Bacteria Could Be The Future Of Medicine
Bacteria Art 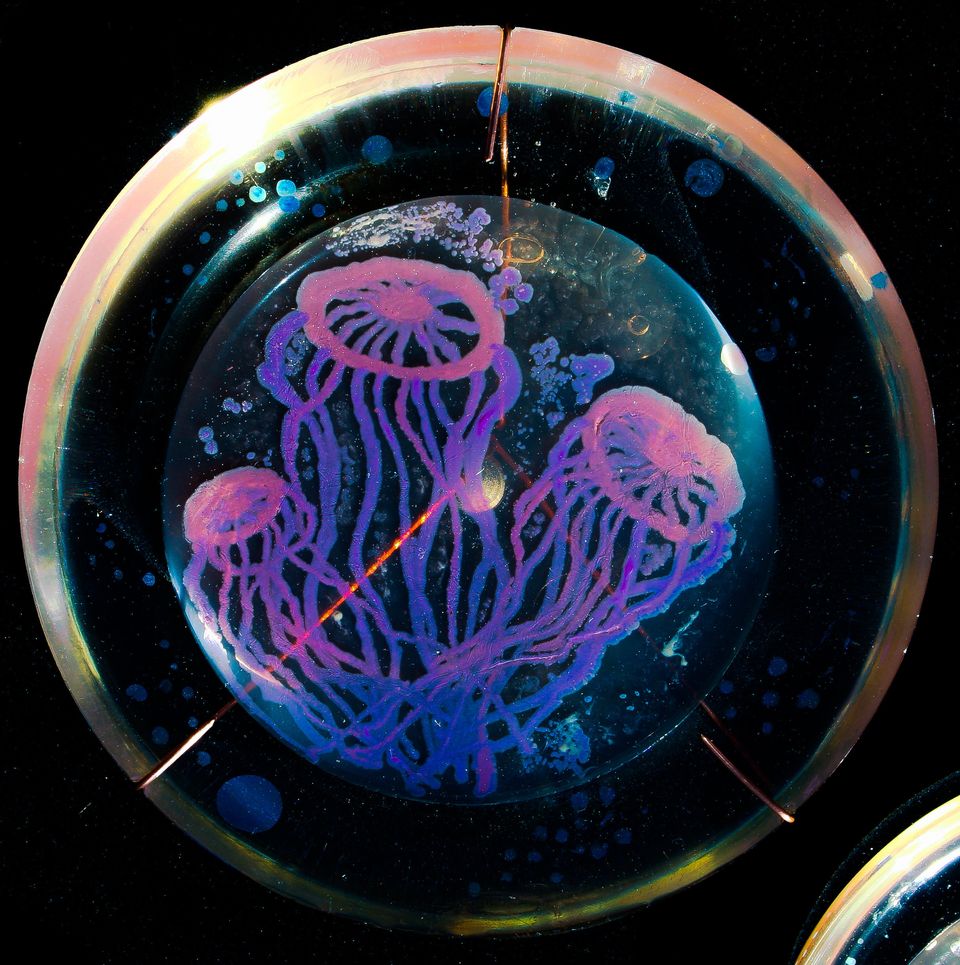