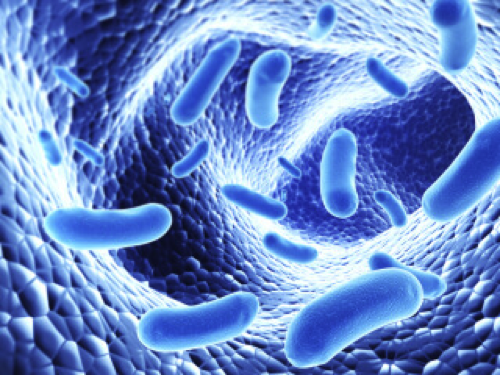 Gut bugs. Why are they the buzz of the media and a hot topic of scientific research?

The average human being has about 100 trillion gut microbes with most being located in your lower intestines and trillions more surrounding and coating your body surfaces and inner lining. Just like in the 1999 sci-fi movie The Matrix, the naked human eye sees only an altered reality. How would you feel if you could see every one-celled organism?

We do not live in a glass bubble. We are constantly coated by a microbial bath.

These microscopic microbes are not just passive hitchhikers -- they actually provide vital metabolic functions that keep us healthy when they are balanced in type and number.

These microbes mainly reside in the gut and the evidence is now compelling that the digestive tract is an important body system in keeping us healthy or is the root cause of illness when dysfunctional.

To many this may seem a revelation, but the importance of balancing the gut as a means to restore wellness and mitigate illness has a long historical tradition. For centuries, ancient healers using Ayurvedic medicine have regarded gut health as being central to wellness and believed that all illness begins with a breakdown in the gut.

In modern times Elie Mechnikov discovered how gut microbes influenced immunity and was awarded the Nobel Prize in Medicine in 1908 for his research. Mechnikov wrote The Prolongation of Life: Optimistic Studies, in which he advocated for the potential life-lengthening properties of lactic acid bacteria in Bulgarian farmers who drank fermented milk (kefir). He is credited for being the father of the modern day probiotic revolution.

We are seeing more and more in the scientific literature and media about the gut having a controlling influence over many body systems. For instance, those trillions of gut microbes have been shown to have a controlling influence over emotions, behaviors, mood, cardiovascular function, but also metabolism, appetite, inflammation, immunity, insulin sensitivity, glucose homeostasis, detoxification, carcinogenesis, liver function and so much more.

The bidirectionally between the gut, its microbiome (collection of microbes) and various body systems that constitute the gut-body system axes are still being defined. The gut-brain, gut-immune and gut-liver axes are the strongest examples, but others are evolving such as the gut-kidney axis.

As you can image, given the profound influence of gut microbes over body physiology, an inner gut ecology that is out of balance can have deleterious consequences.

Let's explore the disorders that have been linked to gut dysbiosis so we can better appreciate the importance of acquiring and maintaining gut balance to promote health.

The collective prevalence of these disorders is legion and gut microbial imbalances have been linked to virtually all of the chronic diseases that afflict over 100 million Americans.
How did we get to this state of epidemic gut dysfunction?

There are several pathways to gut pathology but the two most profound disruptors of gut ecological health that are plaguing this nation are antibiotics and the standard American diet which is loaded with highly refined inflammatory foods.

The research is also showing that balancing the gut can improve symptoms in many of those who are afflicted with these disorders. Although the research is weighted towards probiotics and foods containing live cultured or prebiotic foods, the results show that gut rebalancing can improve outcomes.

In those who are provided antibiotics, short-term symptoms relief is afforded but is rarely sustained.

IBS is once such illness worth discussing as it afflicts 10-15 percent of the U.S. population (30-40 million) and one-half to two-thirds of those with IBS have an imbalanced small intestine ecology (dysbiosis) known as small intestine bacterial overgrowth (SIBO).

The overwhelming majority of individuals with IBS as those with the many disorders listed above, are unaware of their underlying gut ecological imbalance that is the root cause of their illness.

That is because the symptoms of gut dysbiosis (abdominal pain, altered bowel movements, excessive flatulence and bloating) are present in SIBO patients. They are oftentimes accompanied by systemic symptomatology and doctors fail to link the totality of indicators to the underlying disruption in the gut's ecology. Patients with SIBO can experience systemic symptoms such as migraine headaches, chronic fatigue, depression, restless legs, joint aches, eczema, fibromyalgia and more.

Once the gut ecology is rebalanced using nutritionally-based protocols, the symptoms and quality of life of IBS patients with SIBO are significantly improved.

Dozens of studies and even meta-analyses have shown that the use of gut-balancing prebiotic foods, probiotic supplements and fermented foods also afford significant relief of symptoms in patients with IBS.

The research is clear, gut microbial dysbiosis has deep linkages to illness and is a silent killer
The process of restoring gut harmony and balance to the gut microbiome is methodical. Merely taking probiotics will not do the trick for many reasons that space does not permit, but you need to cultivate a fertile soil in order to have your seeds grow into a lush garden of life.

To do this, we need to take a comprehensive approach. First remove the gut disrupting agents such as highly refined junk foods, excess sweeteners (even artificial sweeteners), and antibiotics unless they are absolutely medically indicated. Medications such as non-steroidal agents, heavy alcohol consumption (more than 1-2 drinks per day) can disrupt the gut lining and permit gut microbial byproducts to disseminate into your bloodstream to promote inflammation and systemic illness. So these items need to be taken into consideration as well.

Once this is done, you can slowly start adding prebioitic and probiotic rich foods back to your diet. These include sauerkraut, kim chi, yogurt, kefir, and more.

Then to sustain this newly rebalanced microbiome, you need to shift to a way of eating that will maintain it for life. Traditional diets like the Mediteranean and Baltic Sea diets provide a good model for how to do this.

Taking a three-phase approach is, in my experience, the best way to rebalance and maintain gut health for life. For more details on how to do this, check out my book The Gut Balance Revolution.

PAID FOR BY SK-II
Style & Beauty