I've been writing a lot about my own girlfriends lately in connection with my new e-book You Gotta Have Girlfriends: A Post-fifty Posse is Good for Your Health, and each time I sit down to describe my "circle of trust" I wonder what to do with my lifelong guyfriend Nick. Our friendship is as profound and historic as any I have with a woman, but it is also different.

We can tell each other anything, but "anything" is a little more reportage than sharing; our conversations are wide-ranging and satisfying, but not as free-wheeling or feisty or rollicking as the truth among girlfriends. Nothing is quite like that. But nothing is quite like my relationship with Nick either.

One ingredient is gender neutral. We are childhood friends, and as I have found in interviews and from research, these friends play a unique role in our lives. We knew each other's parents and homes and knew each other before we became who we are. We are witnesses to one another's entire lives.

For example, he is the only person in the world who can confirm my vivid recollection of our seventh-grade teacher Miss Landis breaking into tears, much to our horror and scorn, as she read us the last lines ("It's a far better thing I do.....") from A Tale of Two Cities.

As we moved through high school, we became confidantes. We were on the phone most evenings, ostensibly consulting over home work assignments but really sharing the day's experiences and feelings. That was when the differences in our perspectives emerged: he lived in the world of boys and mine was very mysterious to him, and I had the same curiosity about how things registered with him. Our narratives were mutually informative.

Not that we asked specific questions, but as we debriefed about recent events, bits and pieces of the conversation were revelatory to one or both of us. While I had to explain details and observations that would be self-evident among girls, I am sure that describing the obvious helped me clarify my own thinking.

We went on to the same college, and though we rarely saw each other, we kept track of one another's lives, especially our social lives. He was regularly besotted by one woman or another, while I was bewildered by the whole game. Not that we let on, of course; we were too cool. But just knowing that we knew about each other's posturing was a reassuring affirmation of mutual understanding.

We checked in over the years, (by phone and letters -- how quaint), often filling in the blanks of months' worth of daily texture and major events that we had missed in real time, and we were always able to pick up where we had left off. My father died and Nick's mother died around the same time, and later we regretted not promoting a more serious acquaintance between our surviving parents. We would have been quite a family. In many ways we are. It is like the sibling without the rivalry. 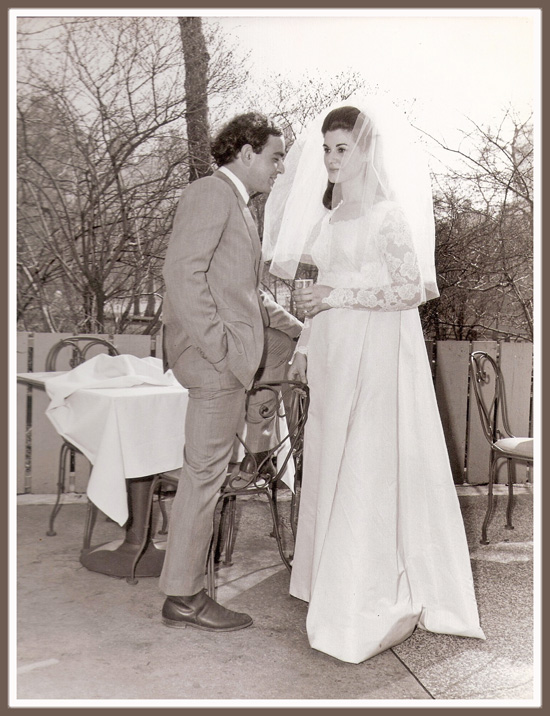 Miraculously we connected with each other's partner. I don't know whether either of them wondered whether we had ever been romantically involved. The answer is no. In recent years, we have asked ourselves why. For one thing, during the dating years, I knew his type, and I was not it. Nor was he mine. Curiously, our partners are more like us, and his wife has become a girlfriend of mine in her own right.

I think the real reason is that on some level we knew that we had something precious and didn't want to jeopardize it by venturing into the high drama of romance as we knew it. What I have in Nick's friendship is the antithesis of romance; it is solid, all-accepting, and totally uncomplicated. We share that very rare connection of unconditional love that both transcends and illuminates gender.

What's Different About Guyfriends? Notes From My Life-Long Friendship With Nick
7 Ways To Make Friends Post 50