A man in Campbell, California, was nearly caught red (white and blue) handed stealing an American flag -- and then face planting on the sidewalk as he made his getaway.

Watch above at the :28 mark as the guy approaches in the early morning hours of May 31 and yanks the flag from its holder on the porch of a home while a companion watches. He then attempts to vault a fence and falls to the ground.

"The theft of the two American flags is not only a criminal violation, but it disrespects everything the flag stands for," he said.

Berg called the suspect's falling comeuppance "ironic" and noted his limp afterward. "I think the great thing about it being captured on video is that when we identify the thief, he won't have a  leg to stand on in court." 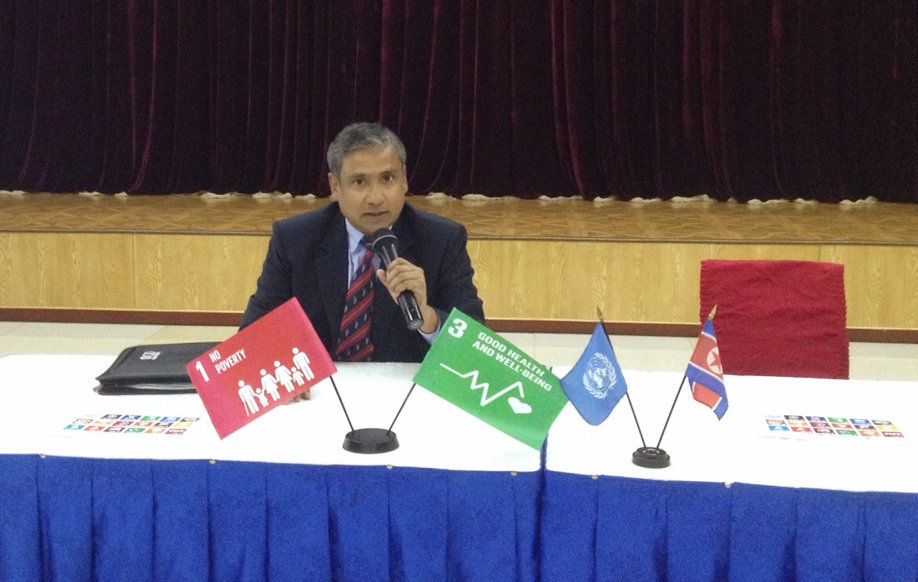 1 / 17
Goal 1: No Poverty
North Korea: A UNDP representative raises a flag to represent Goal 1, "No Poverty," in Pyongyang, in&nbsp;support of the UN Global Goals for Sustainable Development.
GlobalGoals.org