Songstress-turned-L.A.M.B. designer Gwen Stefani sat down with Elle's "Women in Music" issue to talk vanity, stage makeup and her marriage.

On her appearance: "I mean, I'm very vain. That would be my middle name. Of course I am, you know what I mean? I love the visual."


On whether Lady Gaga, Rihanna and Katy Perry have taken a page out of her playbook when it comes to style: "Really? I don't see myself in those girls. I usually put pants on. I see these girls as more going for the sex-symbol thing. I was more, in the band, like a tomboy. Of course, I think every girl is sexy, so there's going to be a little of that. But I see a lot of younger artists going more toward the sexy thing."

On doing her own stage makeup:"I learn from makeup people now, but in the past I had a real problem with makeup artists. I remember my first experience with a makeup artists was doing the first No Doubt album, the one that was shelved. Go back and look at how ugly I look. It is the worst makeup...From that time on, I'm thinking, I'm not going to let someone do my makeup, because they don't know how to do it."

On performing while pregnant: "It was horrible. Certain songs would make me want to puke. You feel pretty gross when you are first pregnant. You don't feel cute, you feel disgusting. You're getting fat. It was hard."

On her marriage to Gavin Rossdale: "The first time we ever kissed was right around Valentine's Day--we were in New Orleans on tour. So, yeah, I always think about that because it's unbelievable that we've been able to stay together. I feel so proud of us--it's one of my biggest achievements."

Take a look at photos from the issue and head over to Elle.com for more. The "Women in Music" issue hits newsstands April 12. 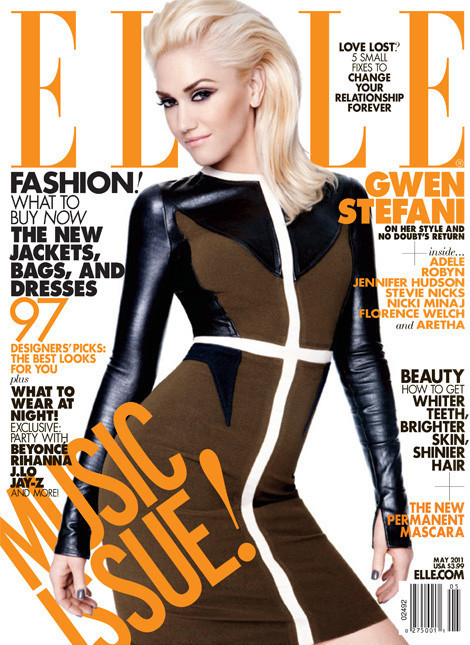 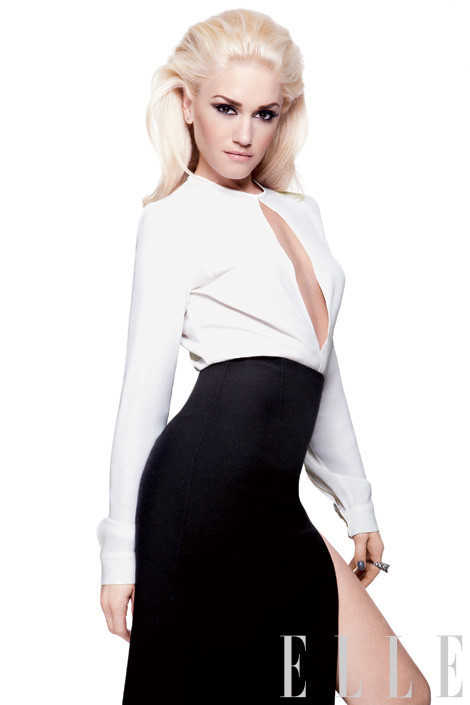