Gwyneth Paltrow, Oscar-winning actress, occasional eater of food and person responsible for unleashing GOOP on us all, is soon releasing her second cookbook, It's All Good. Just about every corner of the internet has found something to say about its impending release, content, dreamy country-utopia-motif and whether a low-carb, gluten-free, dairy-free diet is really appropriate for the "kids' menu." We'd love to say it wasn't all deserved, but honestly, we just don't know anymore.

Paltrow has, in part, done this to herself. She insisted we all pay attention to how much she liked food, then seemed to completely eschew it, in favor of raw, macrobiotic juices, or wood shavings, or whatever that phase was, and is now back to tell us all what an "elimination diet" is and why we should give it a whirl. If you're looking for almost suspiciously vitriolic rhetoric about Paltrow's roller-coaster of food ideology, you'll find it in Hailey Eber's New York Post review of the book. Looking for a line-by-line mockery of some of the most unawarely bourgeois food writing ever applied to paper? Eater takes care of that in their ritual "Best Lines Of" the book post.

As for us at HuffPost Taste, we're going to try really, really hard to keep this about the food, as this is a space devoted to that and we are, in fact, talking about a cookbook (even though it is very easy to occasionally think that you are paging through a J Crew catalogue). We knew things were going to get rough when we counted roughly 35 photos of Gwyneth, as compared to the roughly 86 photos of food in the book. For those keeping track, that's somewhere around one quarter of the photos in this cookbook.

This all happened because Paltrow had a panic attack. In truth, her busy lifestyle (in which she included too many French fries and glasses of wine, sigh) had shoved some of her dietary levels out of whack, and she was suffering from a few other hidden health problems, but mostly she had a migraine and thought she was having a stroke. GIRL, we've been there. But then she wrote a cookbook about it.

Here is how she describes the elimination diet her doctor put her on to alleviate her ailments: "no coffee, no alcohol, no dairy, no eggs, no sugar, no shellfish, no deepwater fish, no potatoes, no tomatoes, no bell pepper, no eggplant, no corn, no wheat, no meat, no soy, nothing processed at all." You know, when a doctor tells us to abstain from alcohol for a while, we don't like it, but we get it. If my doctor ever seriously leaned across the table and started telling me I needed to cut out vegetables? First, I would lay down on the floor. Then I would find another doctor.

We have no business, education or interest in debunking the effectiveness of an elimination diet as a health practice, but here's one thing we can tell you from a place of authority: a life without cheese, oysters, french fries, a fresh tomato salad in the summer, ratatouille in the winter, a hot toddy when we're cold or a pulled pork sandwich is not a life. It's a countdown.

With that in mind, we'd like to share with you the three most mind-numbing things Gwyneth Paltrow thinks you need a recipe for, as detailed in It's All Good. 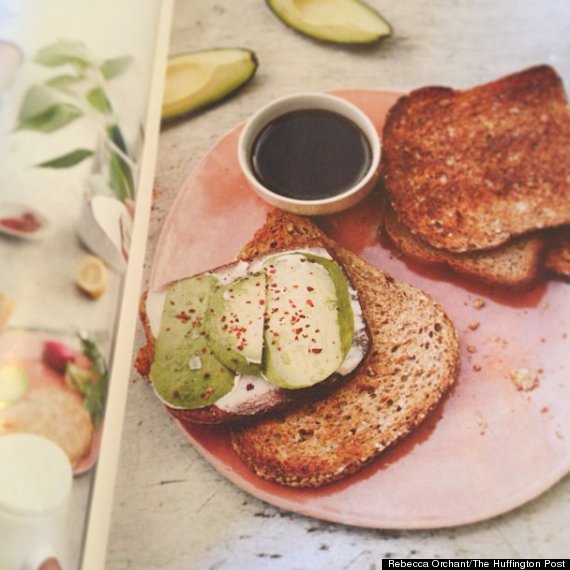 So, yes. This is a thing that happened. Paltrow says, "Truthfully, this is the one 'recipe' both Julia and I make and eat most often! And it's not even a recipe."

Can we all agree to one thing: from now on, when you are writing a cookbook, if the first thing you think about an item within it is that it's "not a recipe," don't put it in a cookbook. Strongly suggest it to friends. Put it on GOOP, if you have to, but please, do not put it in a cookbook. For all of us. The secret to this avocado toast? Vegenaise. Which, it appears, is what Paltrow and her co-author Julia Turshen have been subsisting on. 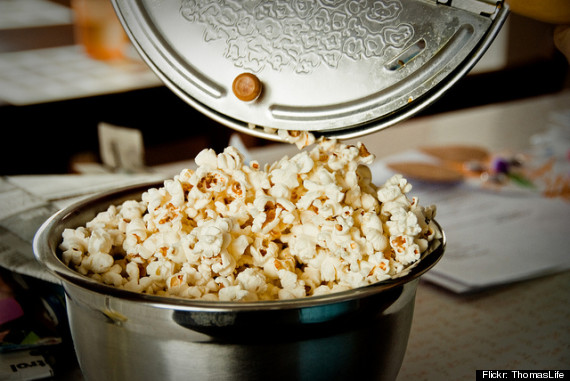 "Camerino's Popcorn" to be specific. It has olive oil and salt on it. What distinguishes this from just making your own popcorn? A precious story about her kids liking one of her friends, because she makes them popcorn. 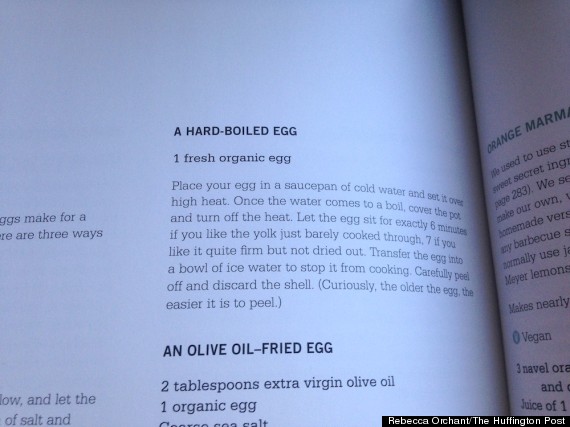 We had to include this shot of the book for you to believe it. Ingredients: 1 fresh organic egg. No, seriously. We suppose we admire Paltrow's commitment to comprehensiveness, but The Joy of Cooking is already a cookbook. With cheese in it.