Gwyneth Paltrow rang in the New Year on stage at the Barclay's Center, sipping champagne and dancing along as husband Chris Martin performed with Jay-Z in the Brooklyn arena.

Paltrow joined Jay-Z and Martin on stage Monday night. The actress, who moonlights as a singer, danced on the side while Hova kicked off his 25-song set with "Run This Town."

Martin invited Paltrow and their daughter Apple on stage in front of a sold-out crowd, according to NME. The 40-year-old, who showed off some seductive moves when she appeared on "Glee" last year, rocked out while sipping a glass of bubbly.

Paltrow's dance moves might not have ranked very high in coolness factor, but the actress -- who is a close friend of Bey and Jay -- probably knows it's hard to shine alongside "the coolest man on Earth."

During a 2011 interview for her website GOOP, Paltrow asked Jay how he got so cool. "'I'm around great women, starting with my mom," he said. "Women keep men cool. The hotter the chick the cooler the guy ... that sounds like a really bad rap line!" 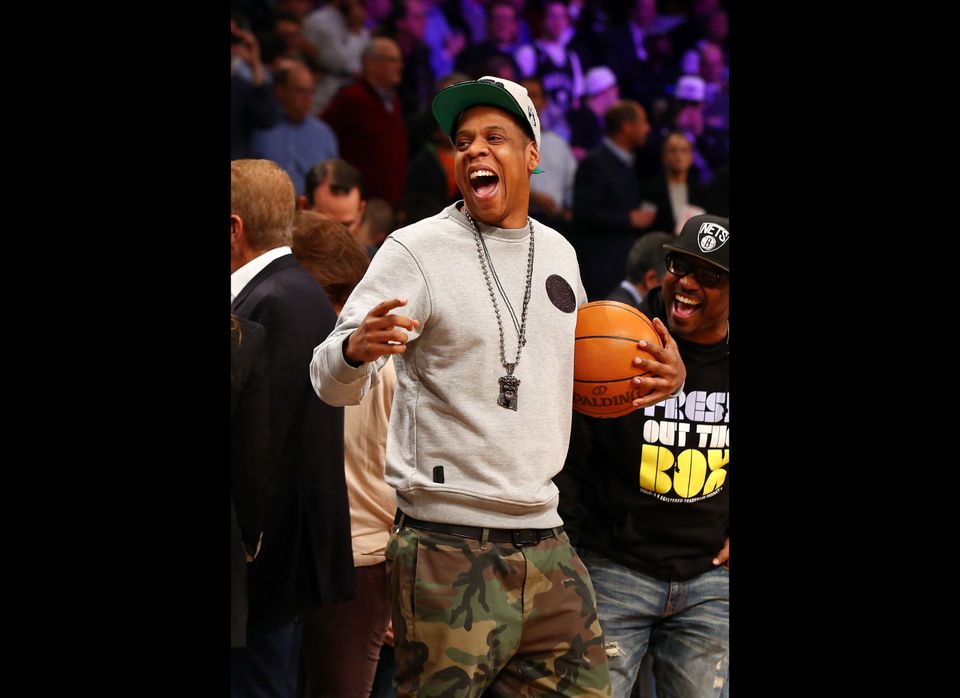 1 / 17
NEW YORK, NY - NOVEMBER 26: Jay-Z looks on before the Brooklyn Nets play against the New York Knicks at Barclays Center on November 26, 2012 in the Brooklyn borough of New York City.The Nets defeated the Knicks 96-89 in overtime.
Getty