"Iron Man" leading lady Gwyneth Paltrow posed for V Magazine and sat down for interview. She plans to take some time off now, but as "Iron Man 2" has been given its tentative 2010 release date, it won't be too long a break.

* On working on Iron Man: "It was nice. It's great sometimes to go to work and think, Oh, we're just going to have fun. I wouldn't even know my lines because when we'd get there, Robert [Downey Jr.] would change everything. There was a point when I would have been scared to work like that, but now I'm up for anything. As long as it doesn't involve working five days a week!"

* On looking back on her 20s: "I wouldn't change anything. Even when I look back and think, Why did I do that or why did I date that person? Because ultimately all roads led me to where I am now. And it was incredibly fun-travelling the world, going to premieres, dressing up. It was just my life. I did it all the time. At certain points in more recent years, when I've been 30 pounds heavier and had milk dripping out of my boobs, it seemed like a fairy tale." 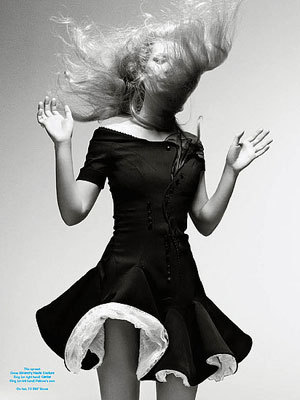 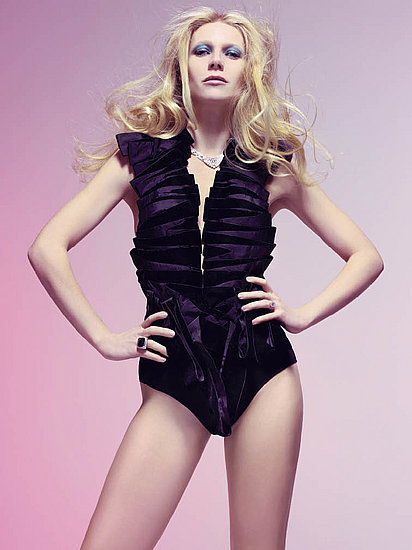 * On her macrobiotic diet: "I was macrobiotic for about three or four years, but when I got pregnant with Apple I wanted french fries, grilled cheese, and yoghurt, so it kind of went out the window. I couldn't look at brown rice. It made me throw up. But being macrobiotic is basically about eating local, organic, seasonal food that isn't processed, and that's how I eat now, so it's not that different. I haven't eaten meat for about fifteen years. I eat fish, a little bit of dairy -- not much milk -- but I love cheese. We'll make chocolate chip cookies and eat them, but sugar makes me feel pretty bad. I have coffee and wine. I've got lots of lovely vices."
* On being friends with Madonna: "I met Madonna when I was 22 or 23. I have other friends I've had longer and I have other friends that I see more, but through thick and thin she's a constant in my life. It's like we have some kind of karmic thing. She's a great woman. She's taught me a lot."