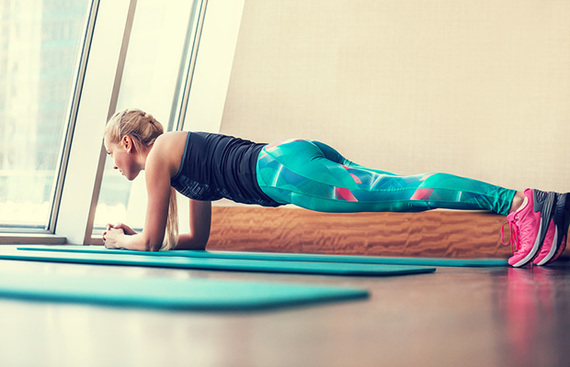 By Amanda MacMillan for Life by DailyBurn

When it comes to weight loss, we've been told time and time again: Cutting calories is the fastest way to see results. So when a group of doctors and scientists announced earlier this year that maintaining a healthy weight isn't so much about what you're eating -- but about physical activity -- people took notice.

Could it be an end to calorie counting? An excuse to pig out on dessert (as long as you hit the treadmill afterwards)?

But then, the other shoe dropped. It turns out that the Global Energy Balance Network, as this group calls itself, is funded largely by Coca-Cola. In other words, a company that's made its fortune off of sugary drinks is now paying scientists to say that, essentially, it's not high-calorie fare that make us fat -- it's the fact that we're not exercising enough to burn it off.

The group has since backpedaled from its original statement that there's "virtually no compelling evidence" that fast food, sugary drinks and eating too much are causes of obesity. After facing criticism from health experts (and The New York Times), they've acknowledged that studies have shown the role that diet -- and soda consumption, in particular -- has in causing obesity.

But what they're still not saying is what nutritionists have been preaching for years: If you want to lose weight, what you're eating (and drinking) plays at least an equal, if not more important, role than your exercise routine.

Why Your Workout Isn't Enough

By now, we all know how basic calorie math works: If you take in the same number of calories a day as you burn off, your weight stays the same. Tip that scale in either direction, and, over time, you'll gain or lose pounds.

But what many people don't realize is that it's much easier to cut excess calories from your diet than it is to burn them off with extra activity, says Natalie Digate Muth, M.D., RDN, senior advisor for healthcare solutions for the American Council on Exercise. Take a 20-ounce bottle of Coca Cola, for example. It may only take a few minutes to guzzle those 240 calories, but you'd have to walk or run nearly two and a half miles to burn them off.

So unless you're a professional athlete, you're probably not exercising enough to cancel out an all-you-can-eat diet. "In general, people do overestimate the calories burned during exercise and underestimate the calories in food," says Muth. In one 2010 University of Ottawa study, people guessed that they'd burned three to four times as many calories as they actually had during a workout; they also overshot when asked to consume the equivalent in food afterward.

Then there's the fact that exercise can increase appetite -- so even if you log more miles or spend more time at the gym, you'll also probably eat more. That's why signing up for a marathon isn't a foolproof way to lose weight, says sports nutritionist Torey Armul, RD, a spokesperson for the Academy of Nutrition and Dietetics. In fact, people often gain weight while training.

In a 2011 review of previous studies, researchers from the University of Wisconsin-Madison found "little evidence" that people who are most physically active are less likely to gain excess weight than their those who are least active. Another 2011 review, from McGill University in Montreal, found that aerobic exercise by itself is "not an effective weight loss therapy."

Why Diet and Exercise Go Hand in Hand

Don't take this to mean you can ditch your workouts. If you're trying to shed pounds, Amul says, it's smart to focus on diet and exercise together. "If you're eating better and exercising more, you're going to reach that calorie deficit faster than if you were doing either one alone. And I don't have a single client who doesn't want their weight loss to happen faster," she says.

Wearing a fitness tracker or using a food and exercise log may help you become more aware of how much each component affects your weight. "People are often surprised just how few calories they actually burn lifting weights or taking a yoga class -- or just how much they eat by snacking and picking at food throughout the day," says Armul. (Want to know where you stand? Try one of these apps to monitor your calorie intake on the go.)

Exercise also helps you get healthy in other ways, like boosting your cardiovascular endurance and muscular strength. And more muscle mass means a higher metabolic rate. Taking care of your body can also be motivation to eat better in general. "In my experience, people who are exercising tend to want to make healthier food decisions, too," says Armul.

Of course, if you're in the mood to reward yourself after a hard workout, that's OK too -- within reason. "If you exercise for an hour or longer and at pretty high intensity, absolutely treat yourself to a small indulgence, like 250 or 300 calories of dessert," says Armul. Just don't use exercise as an excuse to indulge on a regular basis. "You'll end up eating back those calories multiple times over."

Your best bet: Find a weight loss (or maintenance) plan that you can sustain long-term -- and that doesn't require you to go for a run every time you eat junk. "We want to help our patients to optimize health, which is much more important than a number on a scale," she says. "And in that case, improvements in nutrition and physical activity go hand-in-hand."

More from Life by DailyBurn:
What 200 Calories of Nuts Looks Like [INFOGRAPHIC]
6 Weight Loss Success Stories to Motivate You Right Now
Real Talk: How Often Should You Actually Weigh Yourself?