"You don't have to do it," my wife said. All our beach stuff was set up. Sienna was already having fun in the sand. That left me standing there taking deep breaths.

"I DO have to," I replied, looking everywhere but at my wife and daughter. I hadn't had two surgeries to correct gynecomastia (male breast enlargement) just to chicken out when the time came. A deep breath and off went my shirt. I'd purposely worn my Breaking Bad T-shirt thinking this would be my "Heisenberg" moment. I know Walter White isn't the best character to emulate, but I looked at it like a chance to take control, to leave the self-loathing defeatist I am behind with just the removal of my shirt.

I grew up a seemingly normal, slightly chubby boy who by age 11 had a chest resembling a partially-deflated blow-up doll's, sagging breasts, one noticeably larger than the other, huge areolas. For the next 18 years I wore dark, oversized clothing and walked with hunched shoulders, thumbs pushing out my shirt bottom to keep my upper body formless, using anything I could (pillow, notebook, rolled-up jacket) as a shield to deflect imagined prying eyes. I lived in a state of unremitting shame, constantly aware of my body.

"Is anyone looking?" I desperately asked my wife.

"I'm still so big," I said. I scanned my fellow beach goers, my brain conveniently and automatically deleting everyone except those who seemed genetically bred or lived their lives in a gym.

"You're not big at all. The guy right over there is twice the size of you. It's okay. You're okay. We've got to get sunscreen on you."

It had been more than 28 years since my body was devoid of both gynecomastia, more than 28 years of taunts and teases; of one kid pointing out to everyone else that I robotically tugged the neck of my shirt forward each time I came out of the house so that when I got on the camp van, everyone was laughing at me; more than 28 years filled with similar stories and events, of hiding my defects as best as possible and hating myself. Physically there was no more need to hide.

I kept repeating aloud that no one was looking at me. I tried standing straight, something difficult and exhausting since my shoulders now lean forward after years of hunching. We took Sienna's hands and headed down to the water to let her feel the waves splash and rush around her feet for the first time. She was in heaven!

I tentatively walked deeper into the water as my wife held onto Sienna. It was cold, but not freezing. I took a look back and then dove into the water. I swam for a bit and looked back. Sienna's eyes remained locked onto mine. My wife kept telling her to look at Daddy. I made my way back to them and then the three of us returned to our little spot on the beach. Sienna went right for her pail and shovel. I didn't know what to do with myself. My wife told me to just lie down and relax.

"Relax!" I commanded myself. "No one's looking!" But it's not that easy. I forced my arms not to cross over my chest. I lay in the sun. Sienna played in the sand under my wife's watchful eye.

We stayed at the beach for a few hours before deciding it was time to give Sienna lunch and head home so she could nap. We packed up and headed to the boardwalk. My wife took off Sienna's swim diaper and washed her in the shower. I stood watching, wondering what it was like to not know shame. I worried for Sienna. I never want her to know that awful feeling, though I know I'll never be able to completely protect her from it. Children will tease and bully her, but she'll never get any of that from me. I'll be the one to soothe her and tell her she's beautiful, and should anything crazy appear (like my gynecomastia did for me), I'll make sure it's corrected ASAP.

We had lunch and drove home. Sienna passed out in the car. My wife told me she was so proud of me. She kept her hand on my thigh. I started feeling shaky as soon as we got home. My wife ordered me to the bedroom and put Sienna down to nap. I don't know how long it was between that and my breakdown -- not a simple panic attack, but a full-on breakdown. Hysterics. Tears, shaking, stuttering. I held tightly to my wife who hugged back, telling me she was proud, that I was courageous, that I'd accomplished something huge, that a year ago I never would have been able to drive to the beach, make the day all about Sienna, and drive back before losing it. I felt like I was looking down at my quivering body from somewhere else, trying to figure out why I was bawling and trembling.

At some point I started repeating, "My dad said I'm as big as house!" and crying harder. I'm not sure when he actually said this. I'd buried the memory, apparently, but I do know that growing up, my father showed massive intolerance and derisiveness towards overweight people; both myself and my mom were on the heavy side. It was just one part of dad's personality which at times was viciously sarcastic and bullying. He also blatantly favored my sister. My dad is no longer like this. It is incredibly important that it be said that father has completely changed and he and I have a great relationship now. I love him. I think he's a wonderful father and grandfather. I trust him as much as I can trust anyone. I know he'd never hurt me and that he feels miserable about my childhood. So to any family members out there that might be reading this, know that I forgave my dad a long time ago, but apparently the child in me remains hurt and buried memories keep surfacing. There just one of the reasons I'm still in therapy and on medication. I repeat: I love my dad. He is NOT the same person.

It took 10 years post-gynecomastia surgery for me to go to the beach and take off my shirt because I still felt those now phantom breasts and stares. When I first got the surgery at age 29 (18 years after developing the condition) and my chest healed, my confidence slowly increased until I was on a high during which I fell for a gorgeous woman who would one day be my wife and give birth to my beautiful daughter.

But my contentment was short-lived. In 2010 I suffered a severe nervous breakdown resulting in months of stuttering, tremors, hyperventilating, a facial tic and massive crying episodes. Despite being in therapy and on antidepressants for years, I never dealt with my past. My therapist and I discussed how gynecomastia played the biggest role in my continuing anxiety and clinical depression. While family, school, and my body betrayed me, the latter imprisoned me during my most vulnerable time of life -- adolescence -- the period where one forms their identity. I became "The Boy With Breasts" and that self-inflicted brand never left my mind. Exploring the toll it's taken on my psyche and self-esteem is difficult, but rewarding. My parents joined me in therapy several times allowing me to directly express my anger regarding their ignorance. My mother mentioned my pediatricians said to ignore the problem because it would go away, that she'd been guilt-ridden for years. My father had tears in his eyes.

My wife said the breakdown after the beach lasted about an hour. I felt guilty that I couldn't help with Sienna's dinner, but my wife said we were a team and she'd take care of everything. Mentally drained, I fell asleep. I was supposed to go to the movies that night, but my movie buddy canceled. Still, I awoke and decided to go anyway. I needed to get out. A year ago I wouldn't have been able to go out; I would have been bedridden for days. I recognize these things, but I don't feel them. That's something I still need to fix. My therapist always tells me my feelings are irrational and irrelevant.

This is the trauma of gynecomastia. According to www.kidshealth.org, the condition affects about half of males going through puberty, though it almost always self-corrects, but in the few cases where it doesn't, such as myself, it can be devastating and can lead to clinical depression, anxiety disorders and even suicide. I still suffer from depression and anxiety. Gynecomastia has numerous causes including obesity, steroid abuse and chromosomal disorders such as Klinefelter's Syndrome. In my case it arose from a pubertal hormonal imbalance. Surgery remains the best "cure" (the American Society for Aesthetic Plastic Surgery reported a 103.6 percent increase in gynecomastia surgeries between 1997 and 2012), but many cannot afford the generally uninsured $3,000-$5,000 cost. Others may be too self-conscious to seek help.

Parents of young boys need to look for the telltale signs of the deformity: hunched shoulders, baggy clothes, refusal to take off shirts, refusal to take part in sports or anything involving movement, always hiding his chest behind an object Talk to your kids. Know that gynecomastia can be and should be corrected for your child's sanity. Show them nothing but love and understanding because If found and fixed early, you might save your child from years of bullying and mental anguish, from clinical depression and anxiety disorders.

You might just save them a traumatic day at the beach. 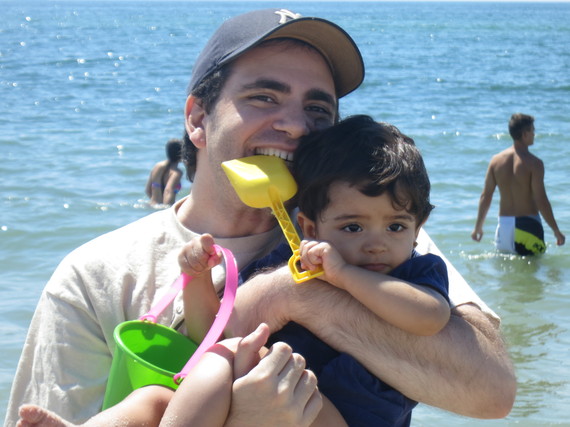