A Los Angeles-based photographer is taking pole dancing out of the strip clubs and into a swimming pool.

That spin is why April Williams, a 42-year-old pole dancing instructor chose to grind it out in the photo shoot.

“I do it because I want to get rid of that stigma that everybody has about pole dancing that it’s from clubs and all that. I love it because it’s beautiful and athletic and artistic,” she said.

As you might expect, pole dancing underwater presents some challenges for the dancer and the photographer.

“I can hold my breath for over 60 seconds generally," Stanley told Barcroft TV. "[That's] usually long enough to get the shots, but I did have three amazing models from Japan who could stay down for three times that long. I tried to keep up and it nearly killed me!"

Stanley isn't the only photographer trying to make a splash with pictures of pole dancers underwater.

"I have always found it really fascinating that a dance form that seems to have such a bad reputation for objectifying women was the place I found a sisterhood of strong feminists, and such amazing body image messages," she told The Huffington Post.

CORRECTION: A previous version of this article misidentified April Williams as "April Stanley." 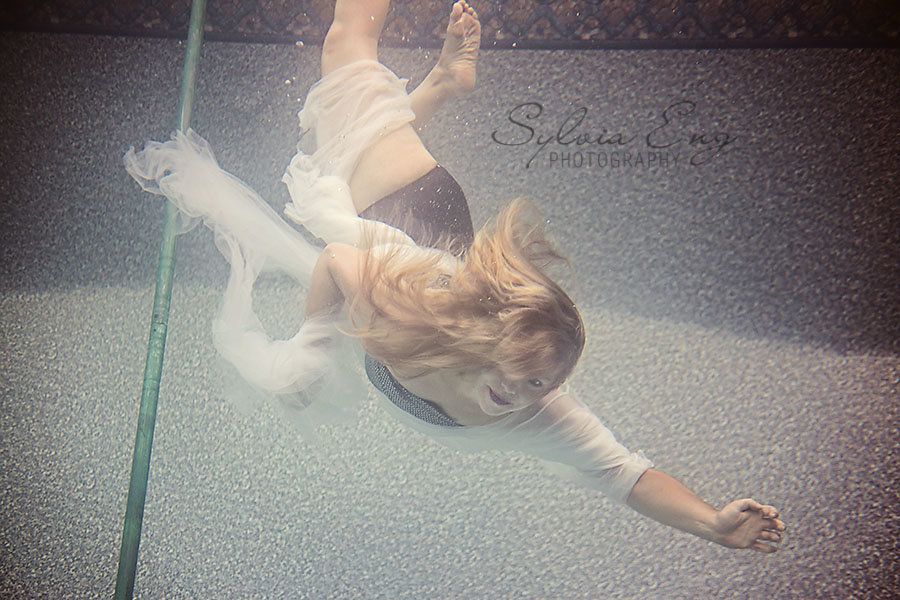