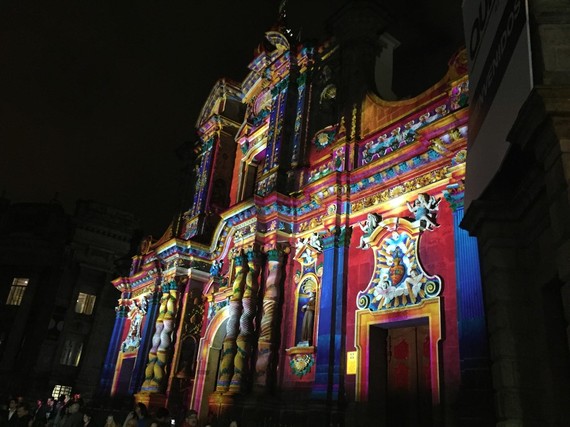 The New Urban Agenda was officially adopted in Quito, Ecuador in the last plenary of the Habitat III conference.

The text of the New Urban Agenda itself was agreed well before Habitat III at the UN General Assembly in September, during an extraordinary informal negotiation session that lasted for more than 30 hours.

This allowed the focus in Quito to shift towards commitment and action. Under the banner of the "Quito Implementation Plan", commitments ranged from the development and enhancement of national urban policies, to integration between different levels of government.

Sustainable urban development for all

More than half of the world's population now lives in cities. So it makes sense that the New Urban Agenda will significantly shape the UN 2030 Agenda for Sustainable Development.

The 2030 agenda is built around a series of Sustainable Development Goals (SDGs). Most relevant to the New Urban Agenda is SDG 11, which aims to "make cities and human settlements inclusive, safe, resilient and sustainable". However, the New Urban Agenda has been criticised for lacking direct links to the targets set out within Goal 11.

What are the #globalgoals? The full list is here. https://t.co/wS27ckOzeE pic.twitter.com/nkJkpJQU7z

Unlike their predecessors the Millennium Development Goals, the SDGs apply to all UN members states equally.

While most of the world's rapid urban growth is in the Global South, challenges abound in the cities of Europe, North America, Australia, New Zealand and East Asia. In these regions, upgrading existing infrastructure and avoiding "carbon lock-in" - where old, carbon-intensive structures prevent the adopting of lower carbon alternatives - will require significant transformative efforts.

Much of Habitat III focused on the application of new technologies and the harvesting of big data, particularly in these established urban centres. Under the umbrella of Smart Cities, using open data networks for better urban planning provided an optimistic, technology-based future for cities. However, questions about the security, ethics, and oversight of large-scale information gathering remain largely unanswered.

Also included in the New Urban Agenda are renewed efforts to help developing countries urbanise. These build on earlier work under the Millennium Development Goals and Habitat II. Related commitments focus on emerging concepts, such as urban resilience and inclusive public spaces.

Commitments from individual countries under the Quito Implementation Plan were underwhelming. Instead, civil society and academia led the way with a range of commitments to new initiatives. This included a new $15 million Terwilliger Centre for Innovation in Shelter funded by Habitat for Humanity, and $2.3 million by the C40 Cities Finance Facility to upscale urban climate action. A full list of commitments to the Quito Implementation Plan can be found on the Habitat III website.

Despite references to Least Developed Countries and Small Island Developing States in the agenda, support for sustainable urbanisation in areas such as the Pacific was limited. As noted by one Pacific delegate:

There are not enough people talking about the Pacific, and the Pacific's problems with urbanisation. We don't have the means, but we are the ones being heavily impacted by disasters and climate change.

The role of partnerships between city authorities and universities in the Global South and their more developed neighbours was also strongly emphasised. UN-Habitat is soon to release a Higher Education Action Plan.

Was Habitat III a success?

Views on the success of the conference varied among Habitat III's 36,000 participants. This was perhaps inevitable given the contested nature of cities and urban space.

A clear highlight was the participation of countless young Quito residents. Many attended side events and UN-Habitat's Youth Assembly. The continued growth in the role of civil society, mayors and advocacy groups is a positive trend that should be supported.

The parallel Alternative Habitat forums provided a platform for challenging some of the consensus-based narratives.

Bridging these official and unofficial events was the launch of the Quito Papers. Authored by a trio of world-renowned urban experts, The Quito Papers provide an alternative vision for cities of the future.

Unlike the Charter of Athens, which likened cities to machines, the Quito Papers consider cities as adaptive and evolving open systems. These papers urge decision-makers to give cities back to the people that inhabit them, and promote equality and socially interactive spaces.

All countries will need to step up their commitments if the aspirations set out in Habitat III are to be achieved. Key concepts, such as integrated planning and models for local-national government cooperation, will need further work.

Although Habitat IV will not take place until 2036, a four-yearly review process has been agreed upon, building on the biannual World Urban Forum.

Also included in the New Urban Agenda is a review of UN-Habitat's role in its implementation. It is not yet known whether a new "UN-Cities" entity will emerge when the review concludes in 2017.

From a planning perspective, 20 years is a short space of time to change the trajectory of global cities. However, the unplanned changes in our cities over the next two decades are almost equally unimaginable.

With the New Urban Agenda as a road map, it is hoped that we can rise to the challenge of creating more liveable, resilient and sustainable cities. Because without global urban transformation, we cannot achieve sustainable development as a whole.