Despite being taught the importance of listening from a young age -- think about how many teachers have asked you to "put your listening ears on" -- the truth is, most of us aren't as good at the skill as we ought to be.

Research shows that the average person listens with only 25 percent efficiency -- meaning there's a lot we're letting go in one ear and out the other. But as listening expert Paul Sacco, Ph.D., an assistant professor at the University of Maryland School of Social Work, explains, there are just a few simple habits that set the real good listeners apart from the rest.

"We all have a good listener within us," Sacco tells The Huffington Post. "It all just depends on the ability and desire to be mindful of where you are and who you're talking to. A lot of us are focused on the mechanics of listening -- eye contact, nodding your head -- but for good listeners, there's a naturalness to that behavior that we should all aspire to."

As Greek philosopher Epictetus once theorized, "We have two ears and one mouth so we can listen twice as much as we speak." So how do we start using those features more proportionally -- or, as Sacco advises -- access our inner good listener? Below are nine habits that good listeners practice in their everyday lives and conversations that you can adopt for yourself. 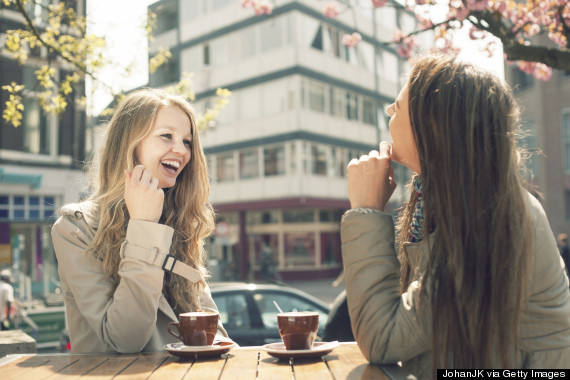 Being mindful in conversations is a hallmark characteristic of a good listener, Sacco notes. When you're fully aware in the moment, you're more likely to retain what you're hearing and respond with more authenticity. That means stashing those phones and ridding yourself of all distractions. "Good listeners really put everything down and focus on [the person in front of them]," he says. "And as a result, the other person becomes instantly aware that they have an interest in what they have to say."

They're empathetic.
Part of effective listening is the effort to empathize with the person you're speaking with. Whether or not you're able to fully relate, your compassion won't go unnoticed. "Spend a moment putting yourself in their position, what's going through their head and what it must be like for them," Sacco says. "Understanding what their experience is even before you talk to them [can help you connect with them]. And it sounds bad, but even if you blow it, you're still better off because the other person will see the attempt."

They realize their shortcomings. 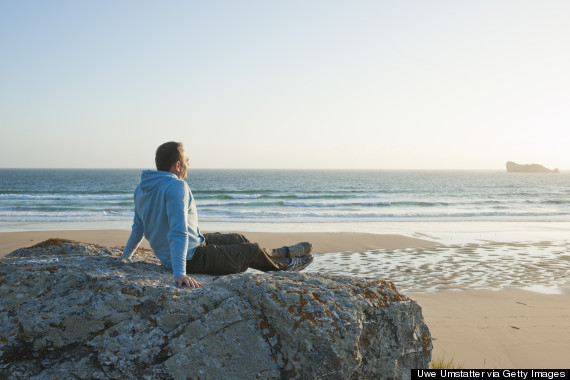 It may be a strange way of thinking about it, but accepting yourself is key to being a good listener overall, Sacco says. In other words, we can't pick up on everything everyone is saying all the time -- and that's OK. "I've definitely had my share of reflective listening failures," Sacco admits. "Sometimes... having that intentionality to listen and allowing yourself to miss the boat sometimes [is good enough]."

They have an open mind.
Great listeners know that every conversation they have isn't going to resolve a larger issue -- but it puts them one step closer to understanding the people they communicate with on a daily basis. "Listening isn't magic," Sacco explains. "If I have a conflict with my daughter, I still have a conflict -- but it puts you in a position where you can start to problem-solve. ... It allows each person to understand the other's thoughts." 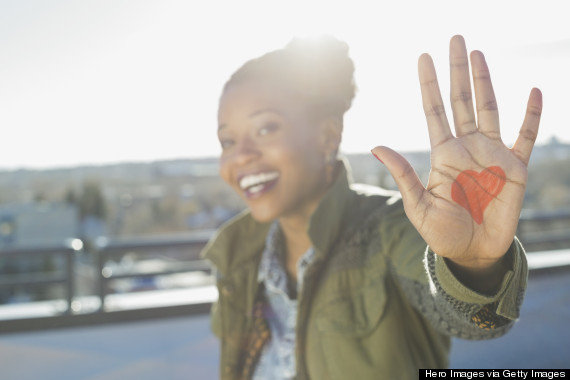 Emotional intelligence, or the awareness of our emotions and the emotions of those around us, can help enhance any interaction -- especially when it comes to listening.

According to Travis Bradberry, author of Emotional Intelligence 2.0, cultivating a high "EQ" is paramount when sharpening your listening skills. And all it takes is practice and focus. "When you're caught up with thinking about what you're going to say next, you aren't listening," he told the Chicago Tribune in 2011. "But if you stop what you're doing, and really focus on the person talking, you activate neurons in your brain and your body starts to hone in on the other person. This helps you retain more information."

They pose significant questions.
Part of active listening isn't just lending your ear, but asking appropriate follow-up questions to draw out more information. This ability to provide thought-provoking feedback is one of the best ways to show you're engaged in what the other person has to say, Sacco says. "People who are good listeners validate other people's feelings," he adds. "It shows that what they're saying makes sense."

They're not on the defensive. 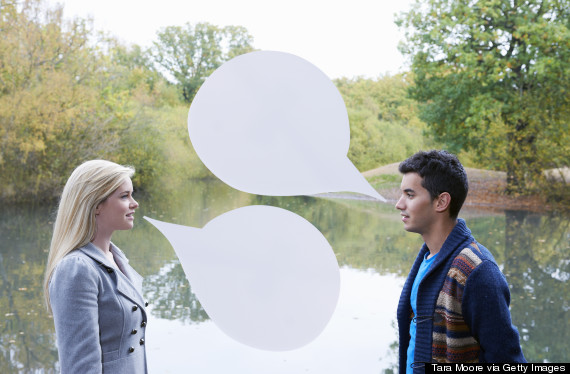 Not all of the things you hear are going to be rosy. "I'm great at listening when someone is telling me things I want to hear," Sacco explains. "It gets a little more difficult when someone gives you feedback that you find troubling or you perceive as being damaging to your ego."

Effective listeners don't block out negative criticism. Instead, they listen and develop an understanding of what the person is trying to convey before responding. "They're aware of their own reactions to other people," Sacco says. "The difference between a terrible listener and a great listener can sometimes be the response time. A lot of conversations ... can go pretty bad or pretty well depending on the ability to step back and just take a moment [before responding]."

They're OK with being uncomfortable.
In addition to not playing defense, Sacco also advises embracing every emotion during your conversations -- even feelings of discomfort or anger. "You need to get comfortable with being uncomfortable," Sacco says. "When you're having difficult conversations with people, if you want to be fully listening, that may be a hard thing for you to do but it's important to try." 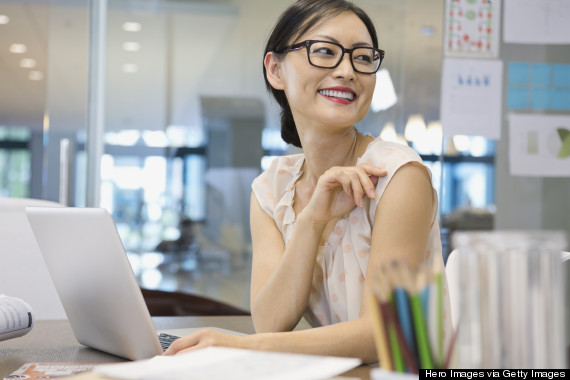 Research has shown that there's a direct correlation between strong leadership and strong listening skills -- and it really comes as no surprise. As Richard Branson, CEO of Virgin Group writes, the most effective leaders and entrepreneurs listen more than they speak:

To be a good leader you have to be a great listener. Brilliant ideas can spring from the most unlikely places, so you should always keep your ears open for some shrewd advice. This can mean following online comments as closely as board meeting notes, or asking the frontline staff for their opinions as often as the CEOs. Get out there, listen to people, draw people out and learn from them.