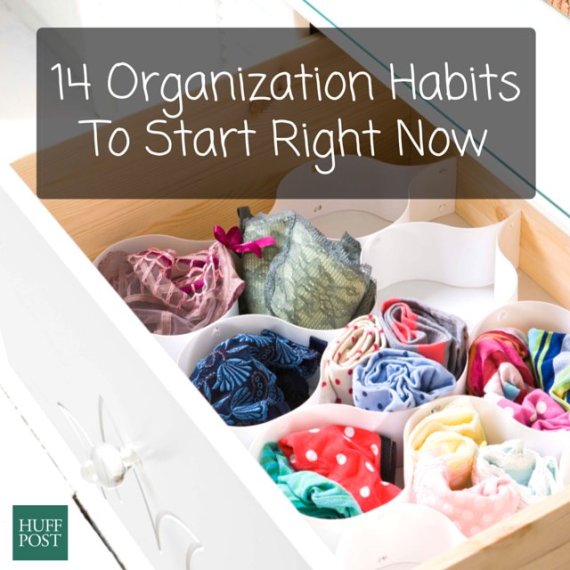 They're the people who just love to check things off a list. Their idea of heaven is The Container Store. And they sure know their way around a spreadsheet. They're the ultra-organized, and to those who prefer things a little less tidy, their ways are mysterious.

But they're also onto something. More than 80 percent of people polled in a 2010 survey said being organized improved their work performance. Being organized may lead to feeling more in control and having more mental energy. Not to mention, who really needs the stress of misplacing the car keys one more time?

The good news is that anyone can be (or at least become) an organized person. "There really is no organizing 'gene,'" says Annette Reyman, president of the greater Philadelphia chapter of the National Association of Professional Organizers and CEO of All Right Organizing and All Right Moves, professional organizing and unpacking companies, respectfully. "With some people it comes more naturally, [but] it absolutely can be learned."

While of course, every individual, organized or not, will act differently in different situations, there are some patterns among the highly organized. Here are 14 common habits. 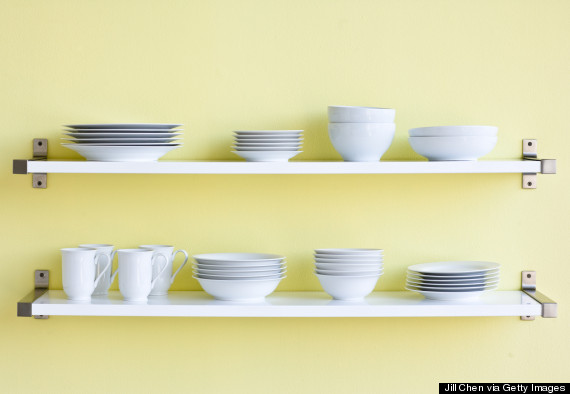 Most organized people aren't keeping everything in order just for their own amusement -- they're doing it for a reason, says Reyman. Maybe your organized neighbors love to host guests at their home, she says. They're going to set things up around their house that make it an easy and comfortable environment for new people -- and they'll work to keep it that way. "They can easily let go of things that are not connected to those goals," she says, "whether that be stuff or time commitments."

They're optimistic.
Reyman says she's observed that organized people tend to be more positive, at least anecdotally. "They have a can-do attitude," she says, "even if they're moving forward an inch and not a foot at a time." Frequently, she explains, disorganized people will decide to consult a professional organizer after something has occurred in their lives that inspires them to be more positive. They reach out for help, saying, "I'm ready to go forward," she says.

They're conscientious.
In what's known as the Five-Factor Model, personality is evaluated along five major spectrums, one of which is conscientiousness, says David W. Ballard, PsyD, MBA, the assistant executive director for the American Psychological Association's Center for Organizational Excellence. A person who scores high in conscientiousness is likely to be efficient, achievement-oriented and self-disciplined, and to show a preference for planned activities over spontaneous ones, he says. While you're not necessarily one or the other -- this is a spectrum, remember -- organized people tend to score higher in this trait.

They may not always be open to new ideas. 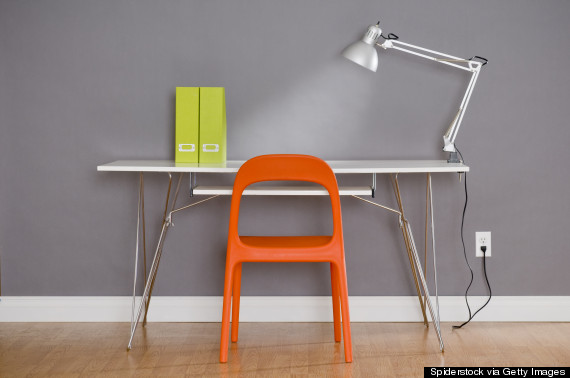 "While we tend to think that being organized and tidy is a good thing -- and it certainly helps people be productive and efficient -- there's also a downside, potentially," says Ballard. A 2013 study suggested that working in a messier office environment sparks more creative ideas than working in a more orderly space. "Sometimes there's an upside to being in a little more chaotic environment," he says. "You don't want total chaos, but you also don't want to restrict your thinking."

They're decision makers.
"In general, organized people can say, 'This is good enough,' and then move forward," says Reyman. "It doesn't have to be perfect, and we don't have to rehash it 10,000 different ways." Organized people consider their options, choose one and stick to it, without looking back with regret on the paths not taken, she says.

The decision-making process hinges on an organized person's ability to prioritize, keeping their big-picture goals in mind, says Ballard. Organized people decide what is most important to do immediately, and what is still important but doesn't need to interrupt their flow.

They let go of perfectionism.
It follows then, that not everything has to be perfect: Sometimes good enough is good enough. In fact, many perfectionists are actually incredibly disorganized, says Reyman. "They concentrate on all the fine details and end up becoming immobilized by [them]," she says.

The final 20 percent in a push to make something perfect "takes a disproportionate amount of time and energy and resources and may not produce the equivalent value," says Ballard. "Being good but not necessarily having to be perfect is a balance that varies person to person."

They capture, calendar and contain. 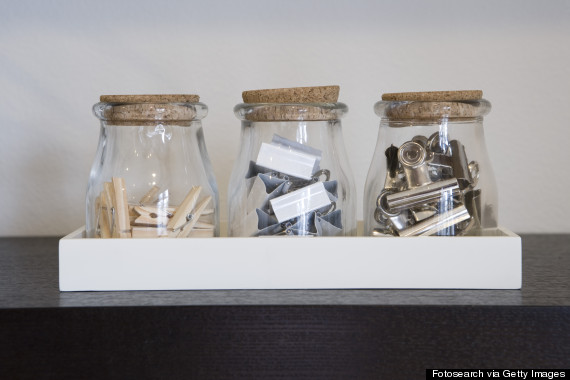 Reyman came up with this alliterative list to sum up the list-making tendencies of organized people. "Organized people capture everything," she says, from events to ideas to requests from others, and it's usually done in a list. If it's a recurring event or something with a certain deadline, they are likely to do their capturing on a calendar. And they arm themselves with the appropriate physical containers to make physical items easy to capture, she says. "[Organized people] won't throw a bunch of something into one big empty basket," she says. "It's going to be a system where, when you have to go back to it, it's easily accessible."

They check in with their lists.
Organized people "are really in touch with their commitments," says Reyman. And there's big payoff: "We spend a lot of mental energy trying to keep track of all the things we need to remember," Ballard says. Putting them on paper frees up some of that mental energy, he says, so much so that people who have trouble sleeping may get better rest simply by writing down those to-dos. Just don't let the list itself stress you out, he says. Keep it to a few manageable tasks for each day and one longer-term project you'll work toward so it doesn't overwhelm you.

They have a do-it-now attitude.
When an organized person walks in the door after work, she hangs her coat up immediately rather than throwing it on the back of a chair, says Reyman. "They know there would be five coats on the chair later, and they might say they're too lazy to do that work later, while disorganized people might say they're too lazy to do the work now." If a task takes fewer than five minutes, an organized person is likely to just get it out of the way, she says.

But that doesn't mean they don't put things off until later, she says, their procrastination just happens in a slightly less time-wasting fashion. "Sometimes something will move from this week's list to next week's list, but it doesn't stay on there for long," says Reyman. "[Organized people] like to check things off." 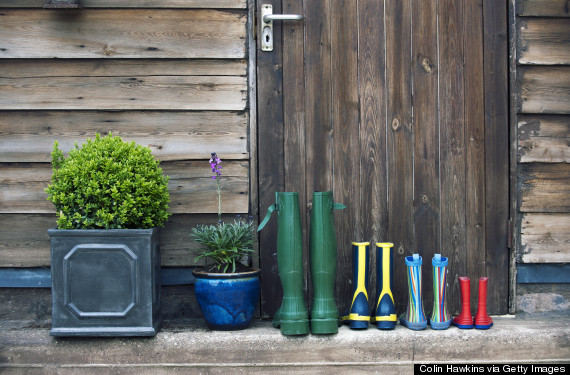 Organized people like to be ready for anything. It doesn't mean they've necessarily finished that work presentation three weeks before it's due, says Reyman. "It's just knowing how much time they have and leaving enough time to do it," she says. Every individual will have his or her own style of meeting deadlines, she says, but organized people are likely to leave a cushion big enough that if something else were to come up they wouldn't be totally thrown off.

They ask for help.
Organized people know their strengths and weaknesses, and they delegate accordingly. "They know they don't have to do it all themselves," Reyman says, and they avoid additional stress by reaching out when they need support. This reflects a high sense of self-worth among organized people: "They realize that their time is worth more than trying to figure out every little thing," she says, and if they use others' strengths to make something run more efficiently, everyone ends up with more time. "Thinking about your time as a resource that has value will help you decide how to effectively allocate across all the other things that you're doing," says Ballard. Perfectionists and high-achievers may not be comfortable letting anyone else share the reins, but interpersonal support goes a long way in managing stress and staying on top of goals, he says.

They unitask.
"People who think they're really productive like to think that they're great multi-taskers," says Ballard. "But in reality, even those who think they're good at it are not." Multi-tasking essentially spreads your attention too thin, and all the different tasks you're juggling get less and lower-quality love as a consequence. "The more efficient, effective and organized people do it as little as possible," he says. They give one task their ultimate attention, turning off email pop-ups and other disruptive notifications to "protect their time," he says, whether it's in the office or with family or just quiet time alone.

They know when they do their best work. 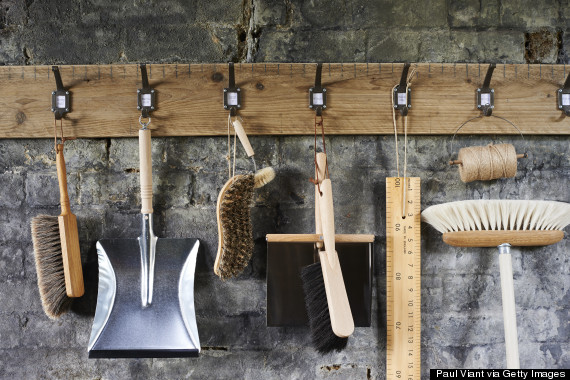 You've probably known at least one ultra-organized person who you'd say was extraordinarily well-versed in the skills of time management. But Ballard says there should be a greater appreciation of energy management. Organized people know to do particular tasks at specific points throughout the day that are best-suited to the energy level needed for the task. For example, he says, if a project requires your clearest thinking and most creative ideas, you wouldn't save that for the middle of your afternoon slump. Organized people are keenly aware of "where their head is throughout the day," he says. An organized person will charge through a challenging to-do list item at the natural high-energy point in his or her day. "Don't try to accomplish critical tasks at that time of a lull," Ballard says.

They de-stress.
Organized people know how to let it all go, says Ballard. "Most of us are operating in a state of chronic stress; we're always on." But the same people who are "able to really stay focused and stay organized do things to manage their stress effectively," he says. It doesn't matter if it's yoga, meditation, mindfulness, exercise or even seeing a mental health professional; the important part is "getting that support to help manage the stress they're facing... so that it doesn't detract from their performance and health," he says.

For more on the habits of organized people, check out this video: