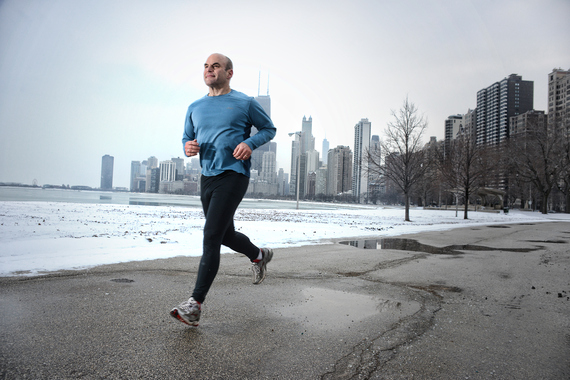 If you take a look at the world's most successful people, whether their millionaire investors, established entrepreneurs, or elite athletes chances are they have one major thing in common. Today's most successful individuals tend to be creatures of habit. These are the people that have found success in their endeavors because they have found a formula that works and have learned how to form the positive habits that keep them focused on a continued path of success.

There are even habits that many successful people all have. However, before you can start adopting these habits into your everyday life, it is important to understand the habit-forming process.

What is a habit?

Habits are behaviors that actually stick in your brain, so much so that when you perform them your brain literally goes on autopilot. Forming a habit on purpose isn't easy. It can seem like a simple endeavor. After all, we all have those bad habits that we can't seem to remember how we formed; very few people remember actively trying to bite their nails until it becomes ingrained in their brain.

You may have tried to form a new habit by repeating a behavior over and over again, only to find that you stopped a week later. This is a common challenge when it comes to forming new behaviors, but one that you must try to overcome in order to turn a desired behavior into a true habit.

First, you need to have some type of motivation. However, it is important that you don't let that motivation make you frantic. People often try to take on large goals all at once, which inevitably leads to burn out. If you want to lose ten pounds for example, you shouldn't kill yourself at the gym for three hours once a week. The key is to start a new routine with small changes that can help you gradually reach your goal.

Making the effort to replace your 30-minute routine of watching the news in the morning with 30 minutes of walking isn't going to burn you out. It is a small change that you incorporate into your routine, and before you know it, you will be getting up and reaching for your walking shoes every morning without thinking about it. This is when the new exercise-centered behavior has become a habit.

- Getting up early. Yes, this is one of the most cliché pieces of advice about being successful, but it is one that cannot be overlooked. Getting up early gives you more time in the day, peace and quiet to be productive before the rest of the world gets up, and it implements discipline into your daily routine.
- Write "to-do" lists. You need to make a to-do list for every day, even if it's the weekend. The key to a successful "to-do" list is to write it the night before and to rank the items on the list in order of importance.
- Visualize. Goal setting is important, but visualizing those goals is even more important. Make your goals measureable, write out your goals over and over again so you can see them, and record your progress. You should be speaking or writing down your big goal every day.
- Say "no." So many people today think that being "yes men" or "yes women" will get them ahead. This is not true. Saying "yes" to everything can only distract you from your actual goals and prevent you from being successful. Make it a habit to learn how to say "no" when the time is right.
- Take care of yourself. You cannot be your most successful self if you do not take care of yourself. Make it a habit to exercise daily, eat right and get plenty of sleep. You may think you are too busy to do these things, but you aren't. They are instrumental to your success.

Some of these habits may be right up your ally, and some may not. Start small, and pick one of these habits to incorporate into your routine. Don't be frustrated if it's hard to implement at first, you'll get there over time. Once one of these behaviors becomes routine, you can add another. It is all about the small changes and tweaks to your routine that will lead you down the path of being a truly successful individual.