Your fingerprint may not keep your iPhone safe any more. Someone has figured out how to use photos and commercially available software to break through an iPhone 6's fingerprint sensor, known as Touch ID.

Jan Krissler, a German hacker who also goes by the alias Starbug, demonstrated the hack at the annual Chaos Computer Club convention (something you may have seen trending on Twitter as #31c3) on Dec. 27.

Krissler demonstrated the process in an hour-long presentation (which you can watch here in German). He said he used several high-definition, close-range photographs of German Defense Minister Ursula von der Leyen's hand from different angles and the fingerprint-identification software called VeriFinger to replicate her fingerprint. He then created a dummy fingerprint from wood glue and plaster.

This isn't the first time Krissler's done something like this. In 2013, Krissler used a smudge on the screen of an iPhone 5S to replicate a fingerprint and break into the phone, as seen in this video. 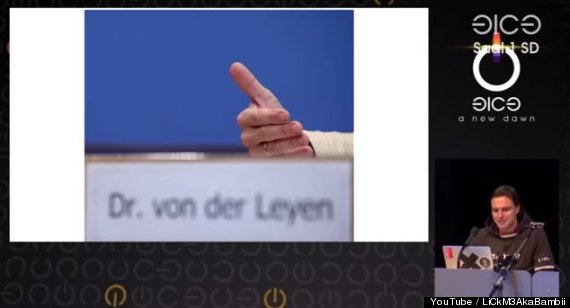 Our phone's PIN codes may not be safe, either -- Krissler suggested that the codes used to unlock a phone could be read in the reflections in a phone user's eyes. Researchers from the University of Massachusetts demonstrated earlier this year that people can identify someone's passcode by recording a video of him or her typing from more than 144 feet away.