We were all told the same thing. A solid GPA from an impressive school guarantees a respectable job. Besides some prominent exceptions, this has held true for a large part of the past few decades.

Those prominent exceptions have raised the bar and ushered in an era of creators, who prove their ability through what they build and know, not through their alma mater or even GPA. These young creators are now entering the job market and changing the recruitment industry, apparent most clearly in the tech community.

2013 was the year of hackathons. For anyone in the non-tech world, the term "hackathon" may sound like the Anonymous Olympics. However, Anonymous no longer defines the stereotypical "hacker." Hacking in the tech community refers to rapid prototyping and quick learning and iteration from failures. It emphasizes the sense of creativity in solving problems in unconventional ways. Hackathons, events in which programmers show off their coding skills by collaboratively building products, are becoming breeding grounds for cultivating such a mindset. 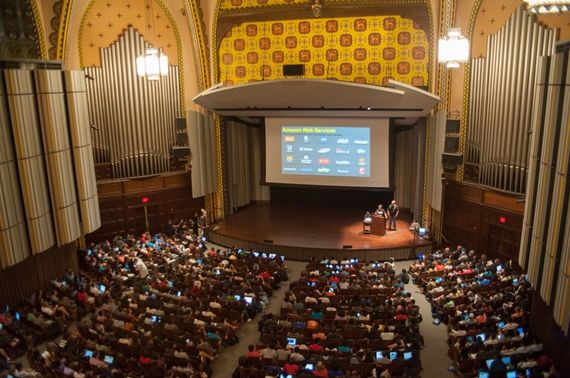 Originally started at Facebook and later picked up as a University of Pennsylvania event, the concept of hackathons has entered the mainstream. Hackathons are occurring everywhere, from Tel Aviv to Toronto, showing us the incredible results that come out of bringing creators together. 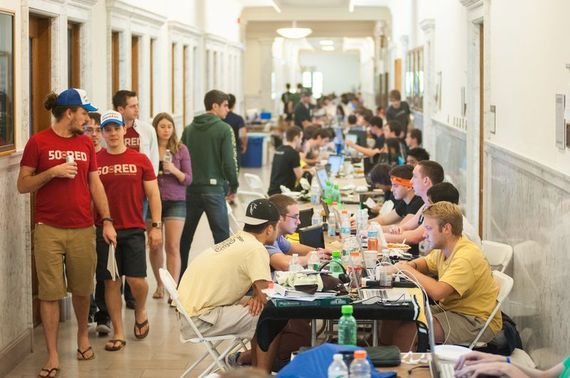 Hackathons are beginning to serve other purposes as well.

All over the country last fall, universities and tech companies opened their campuses to hundreds of hackers, primarily computer science students. Many tech companies sponsor these events by providing food and energy drinks to sustain college student appetites as they hack through the night. Although hundreds of sugar-high college students in a sleepover of sorts may sound like a reason to panic, these hackathons are producing extraordinary products and give students the opportunity to develop personal projects, interact with others in the tech community and get recruited by companies seeking to hire from a limited talent pool.

New startups have sprung out from these weekend events, most notably Firefly, a cobrowsing platform created by four University of Pennsylvania students at PennApps. Other products put a spin on existing technology, such as Michigan's Speakeasy, a platform that lets users chat with one another in one language and have the conversation actively translated into another language.

Cofounder of HackTX, Vivek Karuturi, says that hackathons are important because they bring together talented individuals. "We felt there was a void at the University of Texas where the community of builders and engineers wasn't really connected in the way they should be. HackTX is our attempt to bring those people, and their skills, together in a way that fuels creativity," explains Karuturi, who worked as a Software Development Intern at Facebook last summer. "I've seen no larger proponent of the 'hacker' culture among tech companies than Facebook," Karuturi continues. "A large part of their work culture involves having hackathons where employees are able to work on fun little hacks that often turn into products themselves. The ever popular 'like' button and even 'Timeline' can be traced back to Facebook hackathons. I would walk through FBHQ's courtyard every morning where the large letters 'HACK' ingrained into the ground greeted me as a constant reminder of this culture."

Other companies are also starting to realize the potential of hackathons. Many of them sponsor the events to encourage participants to use their products and APIs in order to win prizes provided by them. Sunny Olszewski, a HackTX participant, used Context.io's email API to build HelpLine, an automated email routing service. After winning a cash award for his work, he integrated this tool into Pinecone, a startup he is developing to help companies simplify the process of onboarding new employees.

Tech companies also send their engineers to mentor students and scope out talent at hackathons. Companies would like to work with individuals who they feel are innovative and forward-thinking, candidates who could become intrapreneurs within their organizations, so hackathons are the ideal place to approach.

Companies have also started to create their own programming challenges to generate more interest from potential recruits.

This approach has shown promise; Silicon Valley based HackerRank, previously known as InterviewStreet, is a platform for individuals to solve programming challenges in different domains of computer science. The company also sells enterprise services to more than a thousand tech companies who host programming contests and interview prospective recruits on the platform.

Such initiatives are bringing us closer to the ideal of a merit-driven society where real skill is the most important differentiator between candidates. "The world should be constructed like this," says Vivek Ravisankar, the founder of HackerRank. "The only thing that matters should be the skill and not the candidate's alma mater or the previous company they worked at. We are flattening the world. This is like a playground for hackers to solve interesting problems, learn new algorithms and connect with companies if they like the work."

Ravishankar's platform has helped a number of participants, including Khasan Bold, who was in Mongolia, land jobs at prestigious Silicon Valley firms. Khasan received an interview from artificial intelligence firm Rocket Fuel after competing in a CodeSprint, a HackerRank competition that brings together programmers from around the world. According to their website, HackerRank CodeSprints "provide the connection between the most qualified candidates and the most innovative companies." Khasan applied to Rocket Fuel through HackerRank's job listing and is now a Rocket Scientist at the California company.

This year's competition, CodeSprint5, will be occurring on January 17 and already has sponsors such as Square, Palantir and Evernote, and 10,000 registered participants.

Techruit, an upcoming initiative by three University of Pennsylvania students, is another startup that is helping companies recruit students based on their programming skills. The platform analyzes an applicant's code and computes a CodeScore for the developer based upon how well-written the code is. This will allow recruiters to analyze the technical profiles of candidates to get a better sense of a candidate's technical ability before deciding on whether they should be interviewed. Tanvir Ahmed, cofounder of Techruit and Penn senior, says, "Technical ability is starting to matter a lot more to companies. Bullet points on a resume don't give recruiters the insight they need to hire good talent."

These recent educational trends are highlighting a cultural shift in society, showcased through hackathons and coding competitions. The education space and the recruitment space are growing together and are headed in a new direction where the idea of education as a lifelong process is starting to be embraced by industry. Tools such as education course provider Udacity and academic credentialing platform Degreed are further facilitating this change by making it easier for individuals to pick up new skills and present what they know.

Long live the GPA, t'was a beautiful number, but the future lies in the person, not the number, and rightly so.

Special thanks to @VivekxK for contributing to this piece.