Being the hacker consultant for "House of Cards" sounds like a great job, but it has its limitations: You can control the rats, but not the guinea pigs.

“I don’t think the character would have been anywhere near as rich if it wasn't for Gregg's input,” “House of Cards” producer Beau Willimon told The Huffington Post.

Housh worked closely on set in Baltimore with the actor Jimmi Simpson, who plays Orsay. Simpson, who recently played another hacker in the movie “White House Down,” said Housh helped him with the "House of Cards" role by “putting a face on hacktivism.”

“Gregg impressed upon me that this is not just a hacker. This is a movement,” Simpson said in an interview. “That was really clarifying for me.”

Housh offered Simpson tips on how a hacker speaks (pronounce “white hat” with equal emphasis on both words); how a hacker sits (straight up, not slouching); and how a hacker acts when confronted by an FBI agent.

“Jimmi went into it playing it less standoffish than he should have been,” Housh told HuffPost. “That distrust of authority needed to be stronger, so we talked about that.” 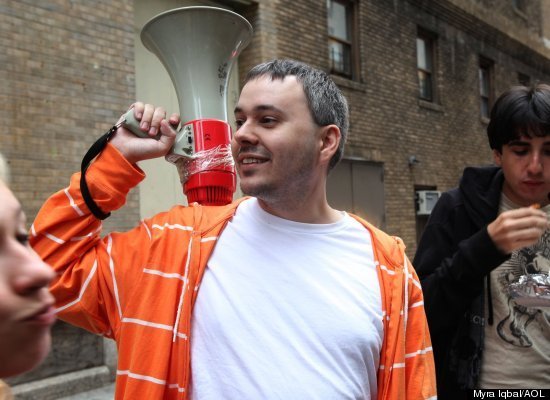 Few people understand hackers better than Housh, an Internet activist who helped organize one of Anonymous’s first protests in 2008 against the Church of Scientology.

In his 20s, Housh was arrested for helping to run a software piracy group and served three months in prison. The arrest led to numerous interactions with FBI agents, who pressured him to cooperate. But Housh said he refused to give up his friends.

“I went through a lot of what Gavin goes through on the show,” Housh said. “I was under the FBI’s thumb for seven years.”

Housh said the hacker subplot on “House of Cards” was plausible, but some scenes felt “over the top.” In one, an FBI agent threatens to stomp on Orsay’s pet guinea pig if the hacker doesn’t cooperate with the undercover investigation.

On the show, Orsay refuses to snitch on his fellow hackers to an FBI agent. But in a previous draft of the script, Orsay betrays his friends to avoid going to prison. Housh convinced the producer that such a betrayal would make Orsay less sympathetic.

“Gregg said, ‘If he did that, he will get zero sympathy from anyone,'” Willimon said. “In the hacker community, that is the biggest crime in their eyes -- being a rat.”

Willimon contacted Housh, a 37-year-old computer engineer from Boston, after seeing him featured in a documentary about Anonymous called “We Are Legion.” Willimon said he wanted help creating a hacker character who was authentic and not “cartoonish.”

Most hackers on TV and in movies fall into two stereotypes, according to Housh.

“There’s the guy with the neckbeard who lives in his mom's basement and is a virgin at age 30,” Housh said. “And there’s the hacker who is clean-cut, well-dressed and drinks fine wine.”

Orsay lives in a modern D.C. apartment, drinks wine, blasts music and runs a “white hat” -- meaning ethical -- cybersecurity firm. He owns a pet guinea pig named Cashew for companionship and as a “reminder that I am no more than one wrong move from life in a cage,” he said.

To create an authentic hacker setup, Housh sent Willimon a photo of his computer at home. That photo became the model for Orsay’s apartment on the show, which features three computer monitors filled with chat rooms and lines of code. 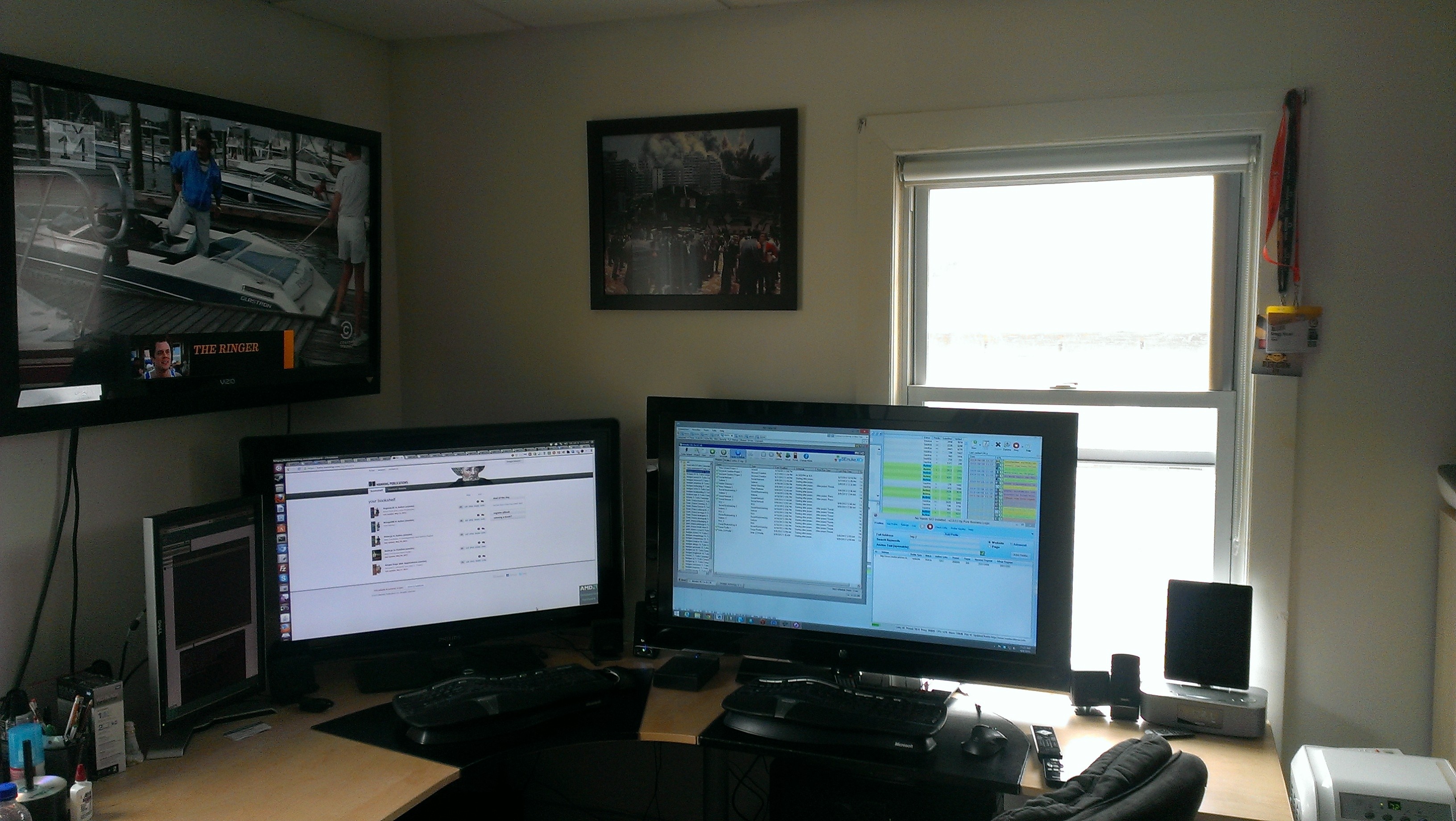 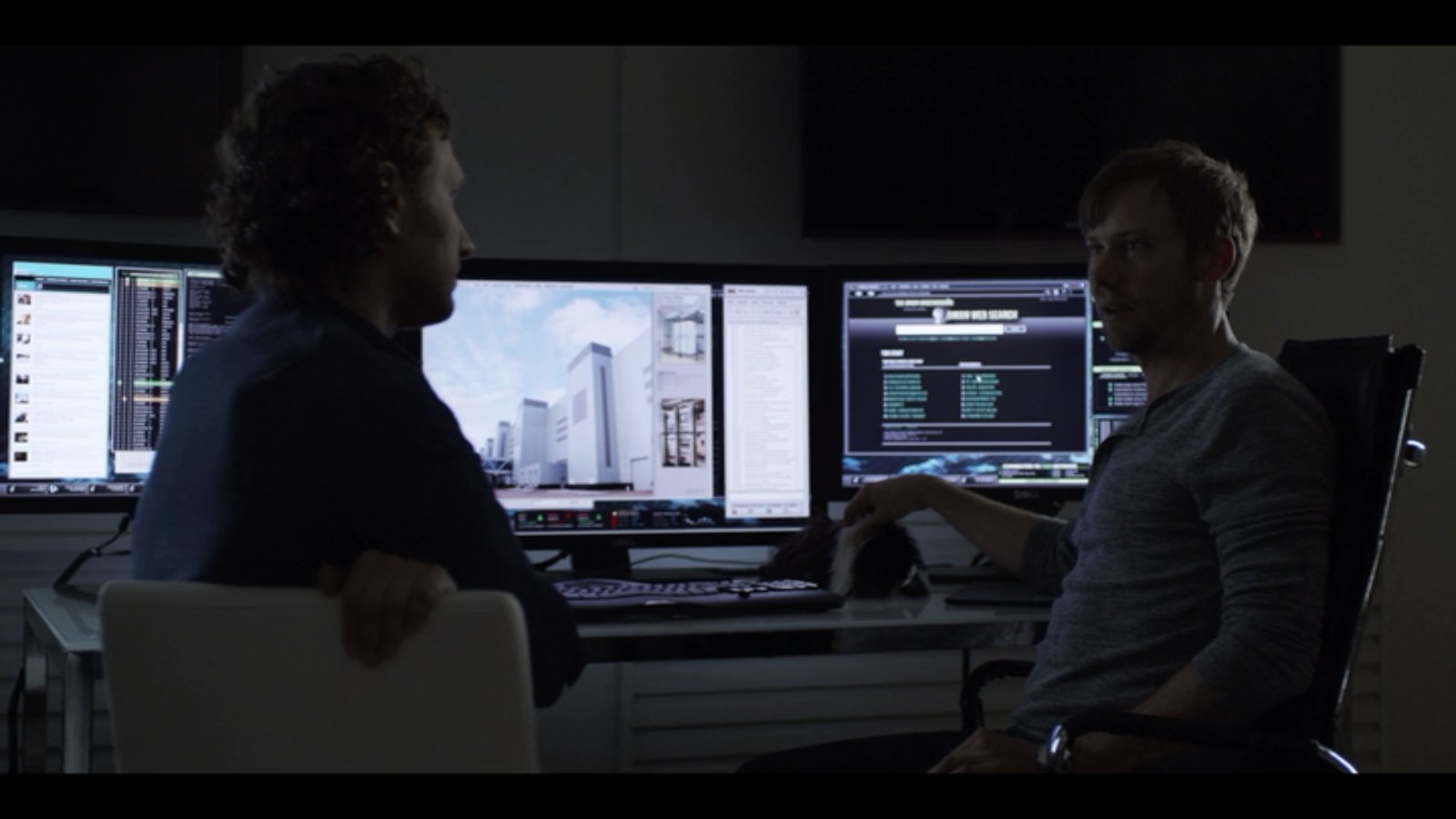 The hacker setup on "House of Cards."

Housh’s input can be found in subtle ways, like when a character suggests not only using Tor, the anonymizing Web browser, but also a similar, lesser-known privacy network called I2P.

Housh said he persuaded the writers to have Orsay give Lucas Goodwin, a journalist, a malware-infected USB drive to hack AT&T’s servers, even though it was part of an FBI sting against Goodwin.

“I know these people,” Housh said of hackers like Orsay. “No one would send a blank USB in with Lucas.”

In a scene at a diner, Orsay communicates with Goodwin through a bird-like creature that appears on an iPad delivered to Goodwin by courier. Many skeptical viewers on Reddit questioned whether such a feat was possible. But Housh maintains that it is.

"It's absolutely possible and unbelievably easy,” Housh said. “You jailbreak an iPad, you write an app, and you put it on there. What was in that scene was not complex for a hacker. That’s a day’s work.”

In another scene, Orsay demands that prosecutors drop charges against Barrett Brown. In real life, Housh and Brown are friends. Brown has faced over 100 years in prison on charges that he allegedly trafficked stolen credit card data from a private intelligence firm by posting a link to that data online.

Last week, real-life prosecutors filed a motion to drop several charges against Brown, who still faces up to 70 years in prison for allegedly concealing evidence during an FBI raid on his Dallas apartment and threatening an FBI agent.

Willimon said he included Brown in the script to “add another layer of authenticity to the character.”

“If anyone who is watching Googled [Brown] and looked into it, they’d see that he was under same pressure that Gavin Orsay was,” Willimon said. “He is Gavin’s greatest fear -- that he will end up in a federal penitentiary in Texas.”