Some walls in Visoko still bear the pockmarked patterns of bullets from the Bosnian War just over two decades ago. These newly battered walls bring back portraits of its victims. 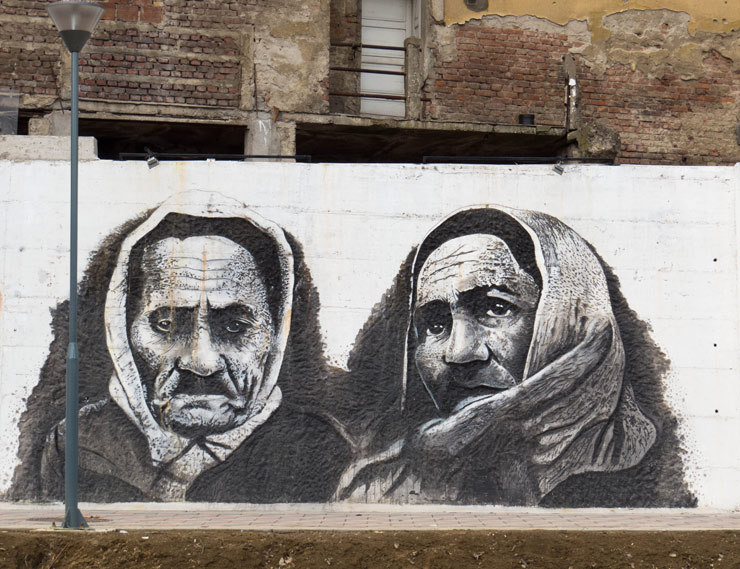 Using handheld electric jackhammers and circular saws to chip away at the façade in a manner similar to that popularized in recent years by the Portuguese street artist Vhils, the Bosnian artist collective HAD has created a series of images in a public park that commemorates war victims in Bosnia and Herzegovina, with a focus on the Srebrenica genocide.

The wall portraits may take on additional meaning this week just as a convicted Srebrenica war criminal has been announced as dead in prison at The Hague. The polarized nature of the reactions to news of his death, including those calling him brave and honorable, is reflected in the reception that these artists received from passersby while they chiseled the concrete into anguished faces for their project called "Silence". 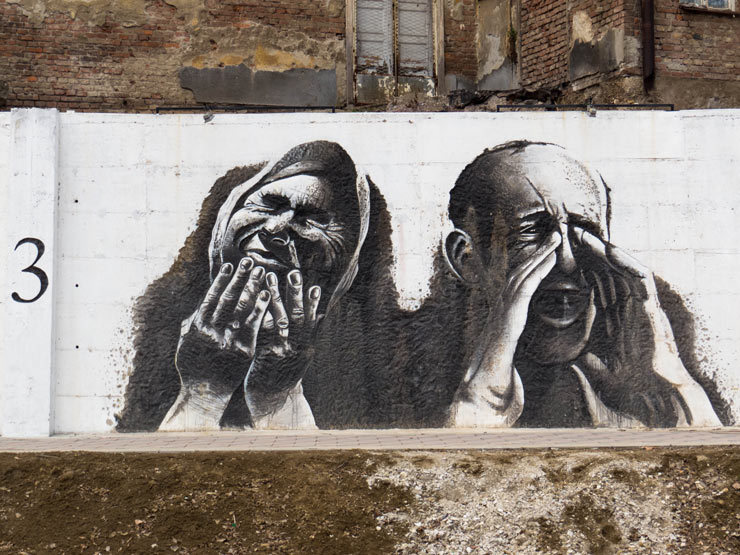 "Once they started working on carving the images into the wall, they faced objections from their fellow citizens," says Josie Timms of Index On Censorship. Assembled images from the artist's own research, the figures are not necessarily of people well known, but still provoked strong emotions. "People were disgusted with what they saw, and many approached the artists while they were working, expressing their disapproval of having such images shoved in their faces."

The three young artists of HAD -- architect Muhamed "Hamo" Beslagic, fine artist Anel Lepic and street artist Damir Sarac -- reportedly all worked for free and they say that "Silence" is intended as an activist act aimed at breaking a lulling censorship that they feel has taken over the topic in the years since the end of the war. Some passersby agree with that view and gave them encouragement, even thanked them for their work. 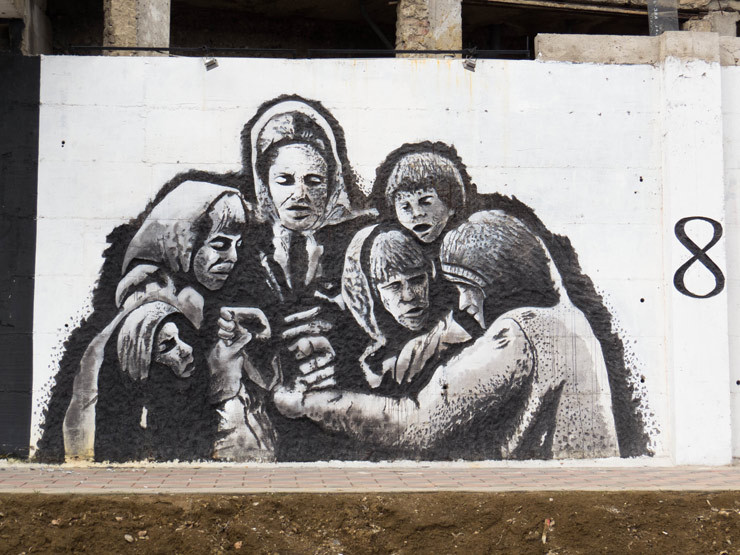 "This really is a labor of love and hate, life and death, a story that needed to be told," says freelance writer and photographer Ilhana Babic, who calls Visoko her hometown and who shares her photos of the walls here. "With every blow of the hammer into the wall, a piece of the past is removed to reveal the future. This art, through struggle, epitomizes the cultural and political landscape that these works come from. Here HAD shows a picture of the present to the world because the social, economic and political situation in Bosnia and Herzegovina is bizarre and no one wants to admit it -- nor to feel responsible for it. It's like they're seeking help, answers."

Babic describes her impression of the project this way, "They want to stop the silence that has happened in the recent past so they carved the real images of Bosniak victims from that period into this 35 meter long wall. The wall is portioned into frames and the columns are also used to display the number of the victims (8,372). Each frame has its individual story but together they all silently scream to remind people of those who were silenced in Srebrenica." 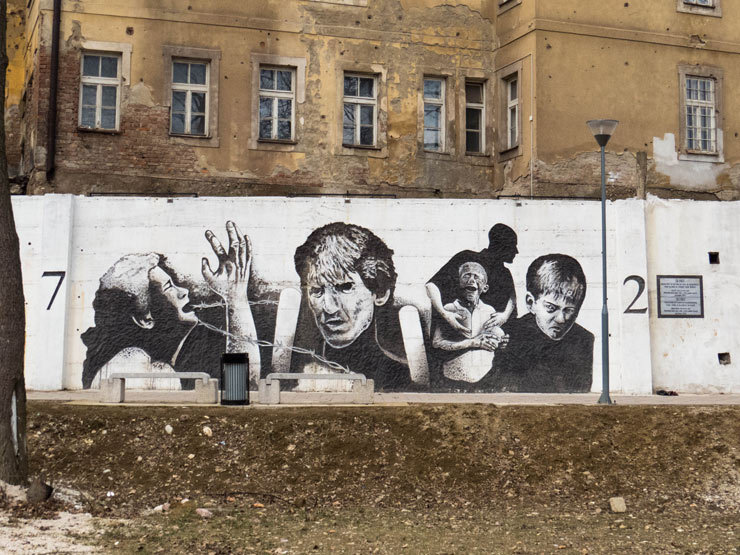 Perhaps because the new public work is painfully controversial, the artists steered clear of potentially contentious verbiage when unveiling it to an audience. "The opening ceremony was held without an opening speech, without applause. HAD decided to open it in complete silence, with a peaceful walk in order to pay their respect to the victims once more," says Babic.

The newly drilled and hand hammered images are partly sculptural, partly memorial mural. With these images "Silence" may not necessarily provide a salve on the wounds of war. Regardless of the viewers' political position the effect of these sorrowful figures is difficult at best, deeply disturbing at worst.

One wonders how challenging work like this will fare in a public space, and for how long. While graffiti writers and street artists worldwide will tell you that they know their work in the public sphere is temporary, ethereal, will this same expectation apply to this new series of portraits by HAD?

Possibly the works have already served their purpose because they have caused the reopening of conversations that have been almost coercively quieted. Babic tells us, "Each frame has its individual story but together they all silently scream to remind people of those who were silenced in Srebrenica." 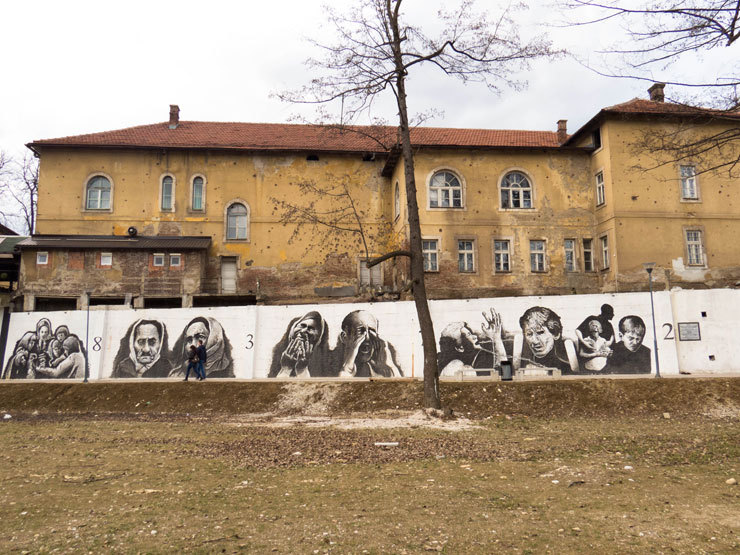 For more information about HAD and their projects and exhibitions visit www.hadartwork.com