HuffPost Arts' Haiku Reviews are regular features where we invite critics to review exhibitions and performances in short form. Some will be in the traditional Haiku form of 5x7x5 syllables, others might be a sonnet or even a string of words. This week George Heymont and Laurence Vittes capture the best of the art world now.

Check out the slideshow and let us know what you think in the comments section below: 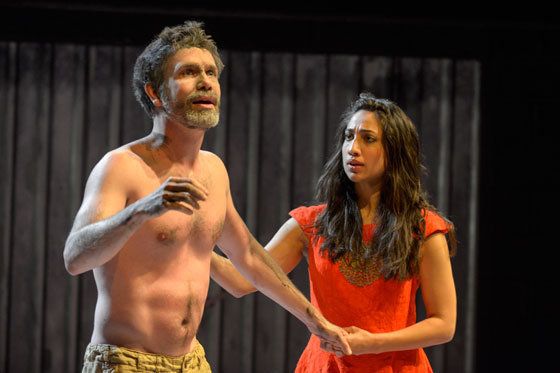 1 / 29
The Berkeley Repertory Theatre is currently presenting Mark Wing-Davey's "reinterpretation" of <em>Pericles, Prince of Tyre</em>, a 404-year-old play by William Shakespeare in a production designed by Peter Ksander and Douglas Stein with costumes by Meg Neville. In addition to streamlining the text and eliminating the character of Cleon (Governor of Tarsus), Wing-Davey has his ensemble of eight actors mingling and chatting with the audience as they enter the theatre and take their seats. There are times when the production gets a little too gimmicky but, for those who have endured and survived some truly heinous operatic productions created by Eurotrash stage directors, the shock value wore off a long time ago. Some of Wing-Davey's gimmicks work extremely well (the storm at sea is like watching a master class in highly-effective low-tech stagecraft) while others just become tiresome. – by George Heymont Pericles (David Barrow) is reunited with his daughter, Marina (Annapurna Sriram) in <em>Pericles, King of Tyre</em> (Photo by: Mellopix.com)