HuffPost Arts' Haiku Reviews is a weekly feature where invited critics review exhibitions and performances in short form. Some will be in the traditional Haiku form of 5x7x5 syllables, others might be a sonnet or a string of words together. This week Rodney Punt, Peter Frank and George Heymont give quick takes on performing and visual art. Is there a show or performance that you think people should know about? Write a Haiku with a link and shine a light on something you think is noteworthy too. 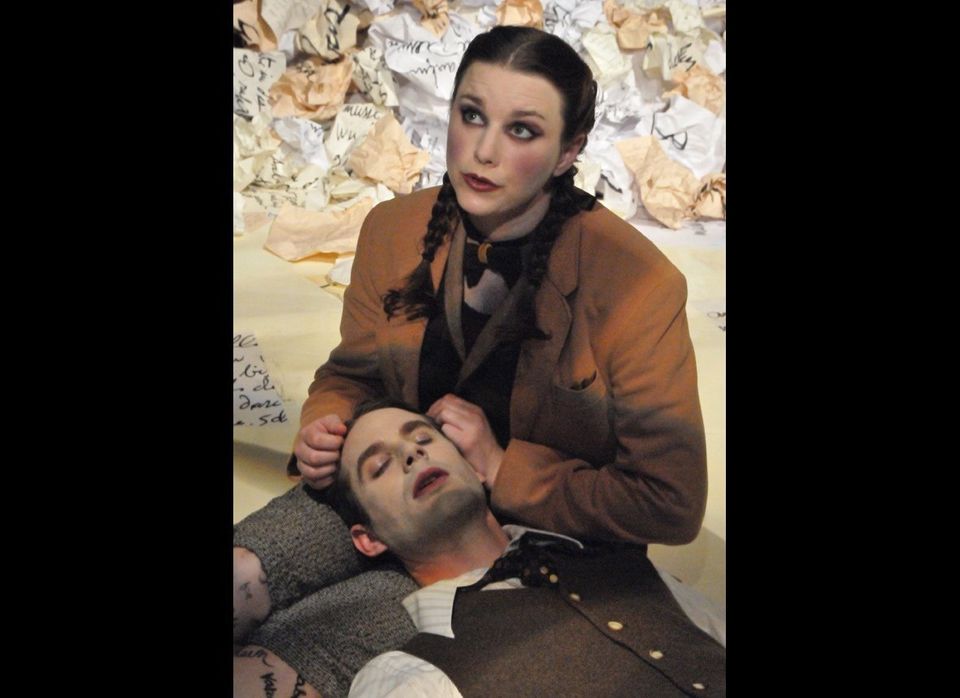 1 / 1
<strong>PHOTO CREDIT</strong>: Marissa Keltie and Theo Black in Central Works production, A Man's Home...an ode to Kafka's Castle, playing at the Berkeley City Club thru March 12. Photo: Jay Yamada <strong>WHAT</strong>: <a href="http://www.centralworks.org/season1011/manshome.php" target="_hplink">"A Man's Home ... An Ode to Kafka's Castle"</a> Central Work Berkeley City Club, 2315 Durant Avenue, Berkeley, California 94704 Through March 13 <strong>HAIKU REVIEW</strong>: Central Works scores another hit with its brilliant world premiere of A Man's Home...An Ode to Kafka's Castle. Written and directed by Aaron Henne, this is 90 minutes of what may seem like utter nonsense but turns out to be a riveting adventure in the theatre of movement. Theo Black delivers an astonishingly gripping performance as Kafka's land surveyor, with solid support from Sylvia Kratins, Marissa Keltie, and Joe Jordan. If you want theatre that pushes the creative envelope to the limits, don't miss this show. - George Heymont