HuffPost Arts' Haiku Reviews is a monthly feature where invited critics review exhibitions and performances in short form. Some will be in the traditional Haiku form of 5x7x5 syllables, others might be a sonnet and others might be more free-form. This week George Heymont, Laurence Vittes and Peter Frank give their quick takes on performing, musical and visual art. Is there a show or performance that you think people should know about? Write your own "haiku" with a link and shine a light on something you think is noteworthy too. 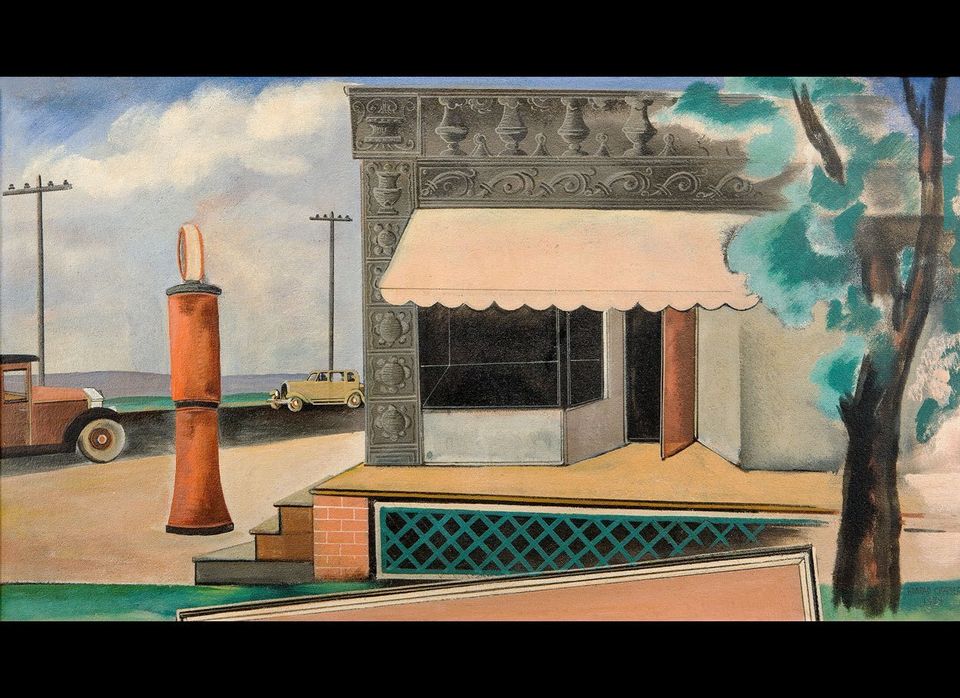 1 / 35
Woodstock, tantalizingly described in the catalogue to <strong>"The Woodstock Story" </strong>as "America's second oldest and most successful art colony" (what was first? What constitutes success?), is indeed American art's home away from home, the "easy" place to get to from the Big City and a cauldron for rather than respite from the modernist impulses of the 20th century. Concentrating on the inter-war years ,"The Woodstock Story" functioned as a sequence of charming pictures and objects, all portraying Woodstock as a very real (and at the same time ideal) place, a genial subject for gentle experiment with expressionism, cubism, precisionism, and neo-primitivism. The conjurations of Conrad Cramer, Doris Lee, Leon Kroll, George Bellows, Yasuo Kuniyoshi, Henry McFee, and others hardly seem revolutionary to our eyes, especially considering the artistic radicalism that preceded and succeeded this American-scene-making group; indeed, the most startling items in the show were lively photographs by Kuniyoshi and Cramer, not known until now for their camerawork. But vivid charm abounded, and the show argued persuasively for such middle-of-the-road modernism. (D. Wigmore, 730 5th Ave., NY; closed. <a href="http://www.dwigmore.com" target="_hplink">www.dwigmore.com</a>) - Peter Frank KONRAD CRAMER, Willow Post Office, Ulster County, 1934, Oil on Masonite, 21 x 36 inches