Remember that strikingly stunning and famously illegal hike in Hawaii that gave you the chance to view paradise from the heavens?

To refresh your memory, here was what it looked like: 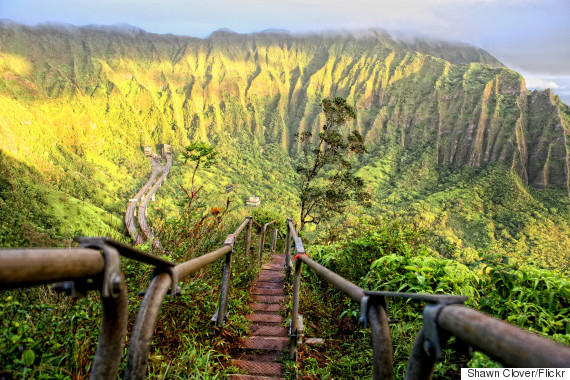 Well, thanks to a powerful storm, it's gone. Possibly forever. And we're heartbroken.

The Stairway to Heaven, Hawaii's beloved hike that could get you in trouble with the police and requires a $1 million insurance plan, was damaged during a storm that swept through the Hawaiian islands over Valentine's Day weekend.

After the storm damage, five hikers got stuck on the east side of the mountain's ridge and were trapped overnight. They were rescued by the Honolulu Fire Department the following morning.

The historic metal staircase was installed during World War II and was officially declared off limits in the 1980s. Since then, security guards have been enlisted to discourage hikers.

While the narrow and steep steps were considered treacherous before, officials are now saying the trail is more dangerous than ever.

Honolulu's Board of Water Supply (the state-run agency placed in charge of the trail since it is located on watershed property) has given the notorious hike two options: give the trail to another agency to be better managed or remove it completely.

Community organizations, such as the Friends of Haiku Stairs, have offered to assess the damage and help make repairs, but the fate of the famous staircase is still very much up in the air.

While we mourn the potential loss of one America's best illegal views, let the photos below lead you on a hike up memory lane. 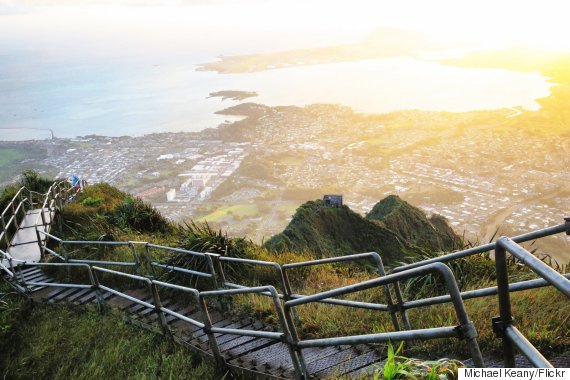 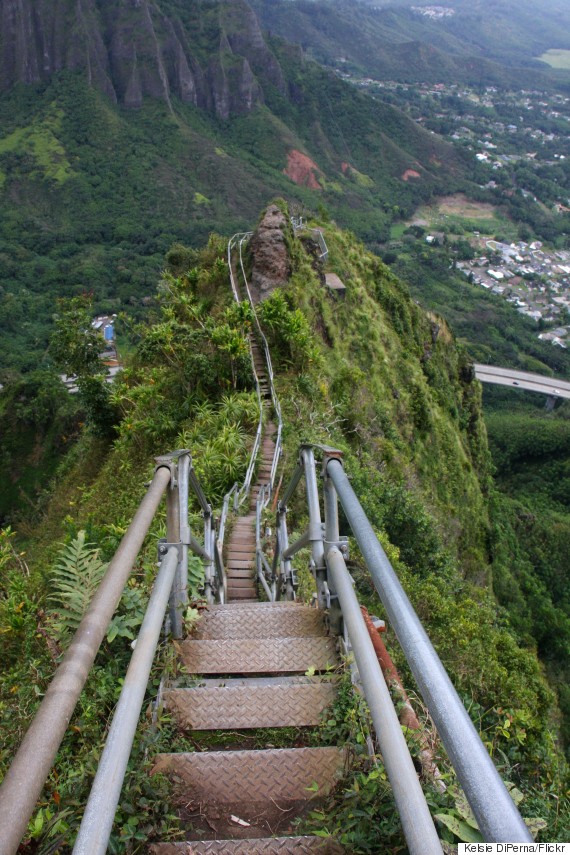