Oh Broadway musicals. For me, they have a delightful way of creating emotional alchemy. Just like magic, I can walk into a theater with my personal troubles weighing me down and leave a few hours later, feeling lighter, with a golden smile on my face. After a show, I'll float out of the theater humming catchy little tunes and merge back into my life, with no deep transformation from my experience. But, that all changed when I saw HAIR the musical on Broadway last week. The show is a must if you are in NYC.

As an Aquarian, I was jazzed by the first song, "The Age of Aquarius," and from that moment I was spellbound by the music and the energy of the performers. Not much is mentioned about the subject matter on the official website, so let me fill you in: It's the late sixties, the Vietnam war is in full flare and a group of politically-active hippies in New York are dodging the draft by staying homeless while growing their hair long. The plot thickens and many of the political taboos we avoid in our daily life are brilliantly turned into Broadway tunes. Racism, drugs, sex, and war all get center stage with their own ditty. 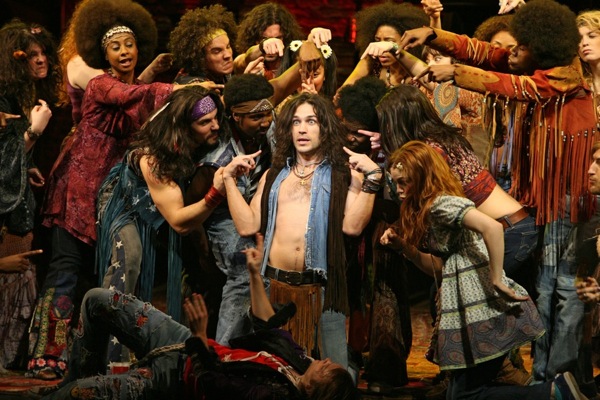 The production moves from light, humorous moments to profound scenes where the characters questioned their roles as American citizens. These kids, who call themselves "The Tribe," are getting drafted to fight a war that they don't believe in and instead of sitting on their bums watching TV or hanging out in cafes, they are protesting.

On stage and in the audience, the cast sings about love and "the movement" with incredible verve. And, some time during the first act, I too wanted to be a part of a movement. Then, the war scenes came (in the form of an LSD trip) and it was the first time in my life that I could feel the thunder of hate and the desperate sense of fear. Yes, it was only on Broadway, but I'm a California girl, nothing war-like has happened here in my lifetime. 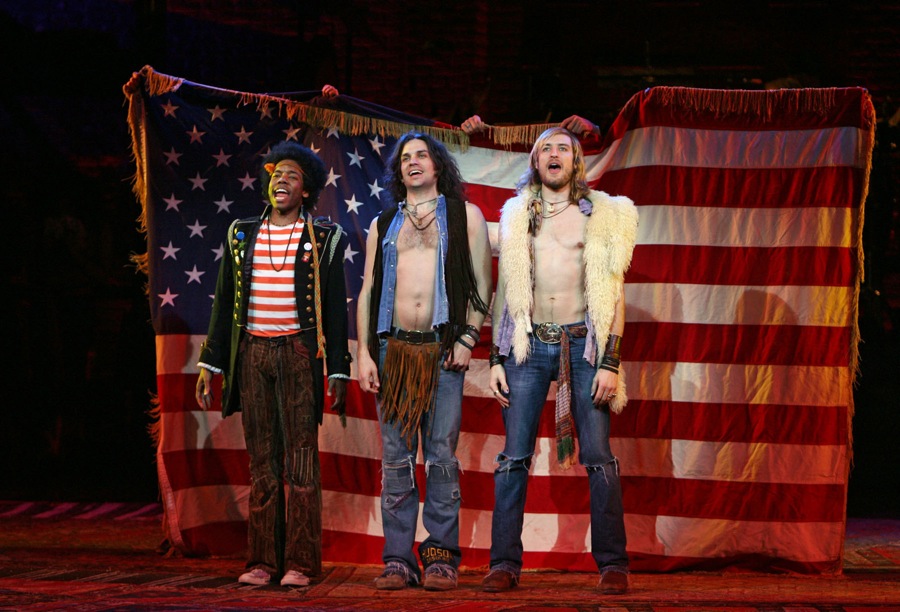 You see, protesting is not a word I use. I use words like musing, cocktailing, and traveling. The truth is, I have not been touched by war -- maybe a few of my friends were affected by the events of September 11th. But then what? I went back the verbs I felt safe using. Then, the Iraq war started. I was not in Washington DC protesting. I think I went to dinner with friends that night. 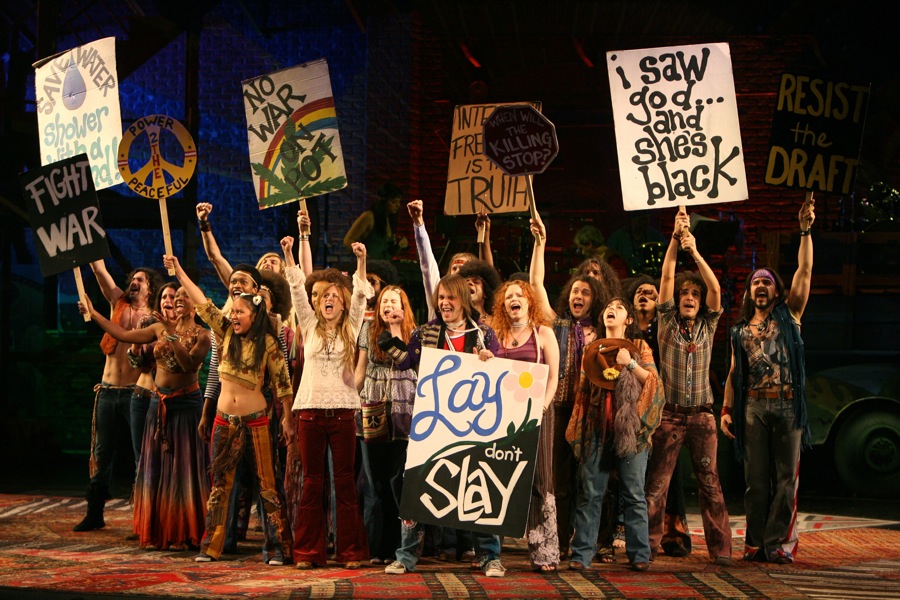 After seeing HAIR, I felt a profound shift in my responsibility to get involved. My first step is writing this piece. I am a travel writer, not a protester. But as my hero Arianna Huffington reminds us, I am also a citizen journalist and I have a responsibility to share what I learn, and to stand up for what I believe in. Honestly, before seeing HAIR, the most politically-hot piece I wrote was about international shopping for Marie Clare. 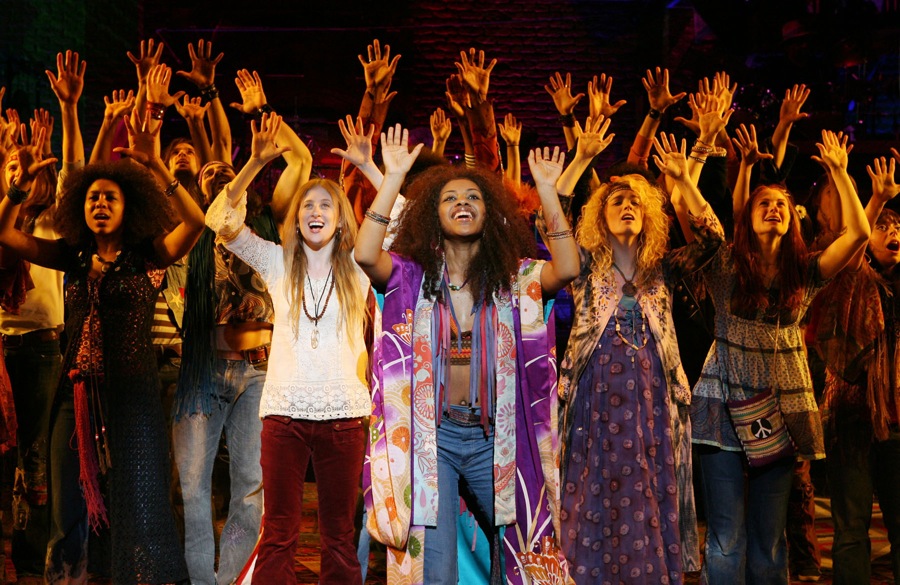 Today, I am moved by Euna Lee and Laura Ling's return to the US. And I am sad for Shane Bauer, Sarah Shourd and Josh Fattal who were caught hiking in Iran. But, unlike me, they went beyond comfortable verbs to experience the world and share their views with all of us.

So, I'll let you in on a little secret. Last year I went to Cuba. It's not North Korea or Iraq, but it was my sojourn into a place shrouded in mystery and fear for me-and a place, that I was not supposed to go. I went on a quick trip with a Spanish school I studied at in Mexico and never planned on writing about it because of the trouble that I could possibly get into. I did not want to risk my perfect little life to share an event that changed my once-naive views on communism and Fidel Castro. But because of my experience at HAIR, I'll write about my incredible journey next week. It was heartbreaking and very enlightening and I cried when I saw the shattered and leaking edifices the Cubans are forced to called home. 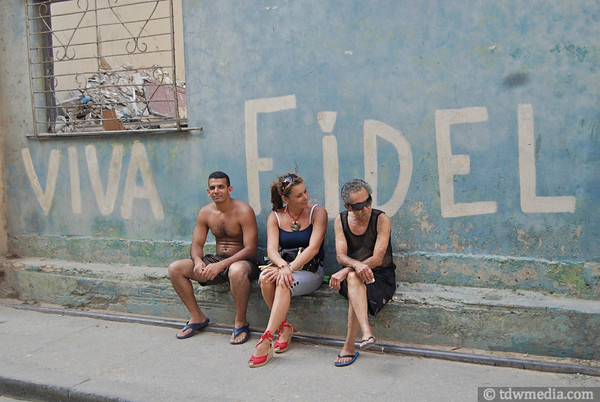 Perhaps I'll never put flowers in my hair or hold up a huge peace symbol sign and march on Capital Hill. But I can take small steps to share my views and illuminate my readers on what I've experience as a travel writer -- the good, the bad, and the ugly. Next week, I'll shine some light on the very damp and unpleasant underbelly of Cuba and perhaps, with your help, we can open up the US-Cuban border and start bringing in much-needed tourist dollars and repairs to a beautiful, melodic land that got tragically lost in the sixties.

Yes, I think it's time to let the sun shine in.