For the second time in under a decade, Haiti is reeling from a catastrophic natural disaster that has caused mass fatalities and ravaged much of its already-vulnerable infrastructure.

A devastating magnitude 7 earthquake rattled the impoverished island nation in 2010, triggering dozens of aftershocks and killing as many as 316,000 people. Some 300,000 more were injured and approximately 1.5 million residents were internally displaced.

Haiti’s recovery from the quake has been a slow and painstaking process, plagued by the worst Cholera outbreak in recent history. Tens of thousands of Haitians were still homeless or living in dilapidated shelters years later when disaster struck again.

Watch a 360° video below from RYOT of the hurricane aftermath in Haiti:

The hurricane caused severe damage to crops and destroyed boats used for fishing in some of the worst-affected areas, leaving many people unable to support themselves with “nothing left to survive on,” according to Marc Soniel Noel, the deputy mayor of Chantal in southern Haiti.

The United Nations announced that a “massive response” to the crisis is required with at least 1.4 million Haitians currently in need of help, but multiple humanitarian groups have said that badly damaged infrastructure and blocked roads have made it difficult to reach survivors. Agencies like the World Food Programme and American Red Cross are working to distribute food and medical supplies, as doctors remain largely inaccessible.

“Many people I have met are surviving by eating fruit from fallen trees,” said Carlos Veloso, a WFP representative in Haiti. “We are using trucks and helicopters to transport [food supplies] as quickly as possible to save lives.”

To learn how you can help, click here. To support American Red Cross’s efforts with Hurricane Matthew, please donate via the CrowdRise widget below:

Heartbreaking photos show resilient Haitians working to rebuild their fragile communities after yet another crisis: 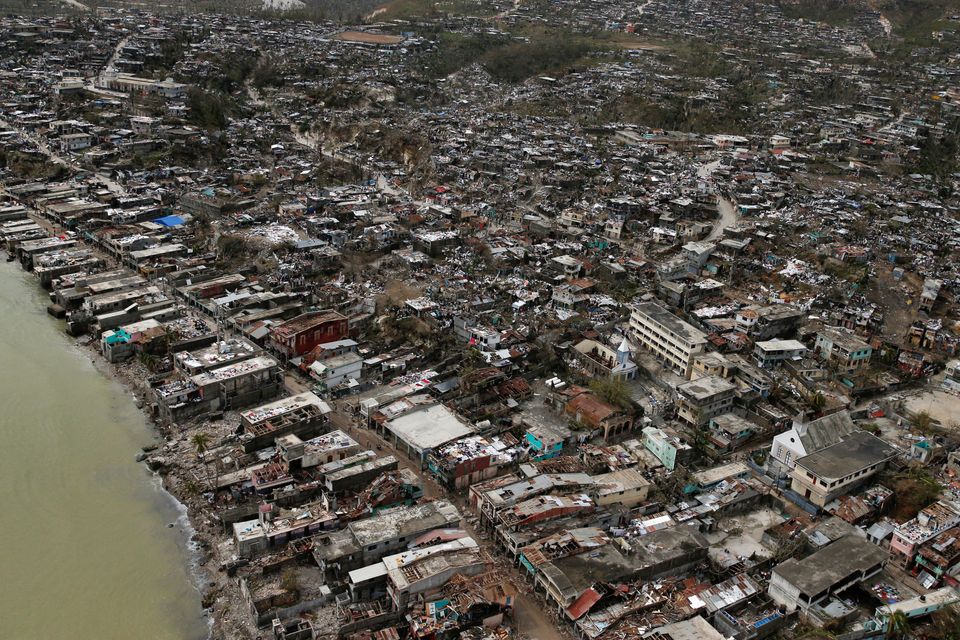