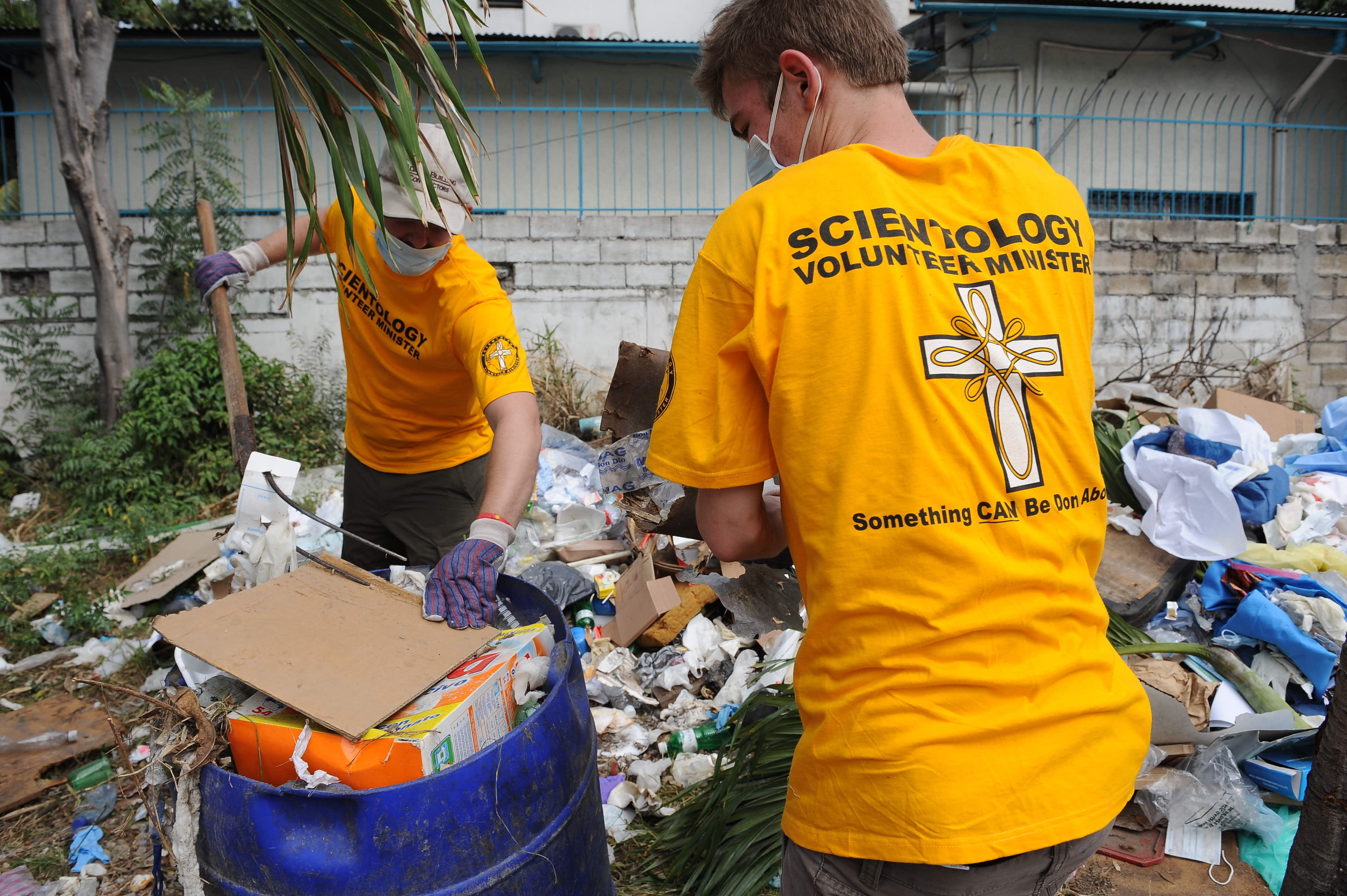 Scientology missionaries set sail from Miami to Haiti today. They boarded a former US coast guard ship packed with 175 tons of supplies, including an ambulance, school bus, and 60 tons of wood pellets and several wood burning stoves donated by the wife of the Haitian ambassador to the US.

"We figure out what is needed and what is wanted and we organize those things," said Pat Harney, spokesperson for Church of Scientology Disaster Relief in Haiti, explaining the primary function of Volunteer Ministers.

Scientologists have been a constant presence in Haiti since the earthquake, but not always in such a put together, or particularly supply laden form. A January Gawker article, featured a first hand account of someone who went to Haiti on a Scientology sponsored plane. The account averred that scientologists in Haiti were the opposite of "organized."

They had no place to stay, and no supplies -- their idea was to use the ton of money they had to buy food to distribute when they got there. But there was no food and no water. That was the point.

By the time we arrived in Haiti, after a stopover in Miami, we had missed three landing slots at the airport. Aid agencies -- genuine aid agencies -- from other countries were being turned away, refused permission to land. But we still got a slot straight away. The guy who ran our charter seemed to think that the Scientologists had some real influence with the US Government, who were assigning the slots.

In addition, the beliefs of the Scientologists did not mix well with religion in Haiti.

They had no-one who spoke Creole, and they brought the weirdness of touch healing into a very superstitious society. They'd leave the tent and come into the general hospital downtown, and try healing people. One of the doctors and one of the nurses told me that the wounded started coming to them to tell them they didn't want to be treated by the people in the yellow shirts.

UPDATE: The Scientology boat to Haiti was delayed until early this morning:

"The reason for the delay is that everything is being done by volunteers who have really done a heroic job loading the Hornbeam with an entire warehouse full of donations," said Pat Harney in an email. 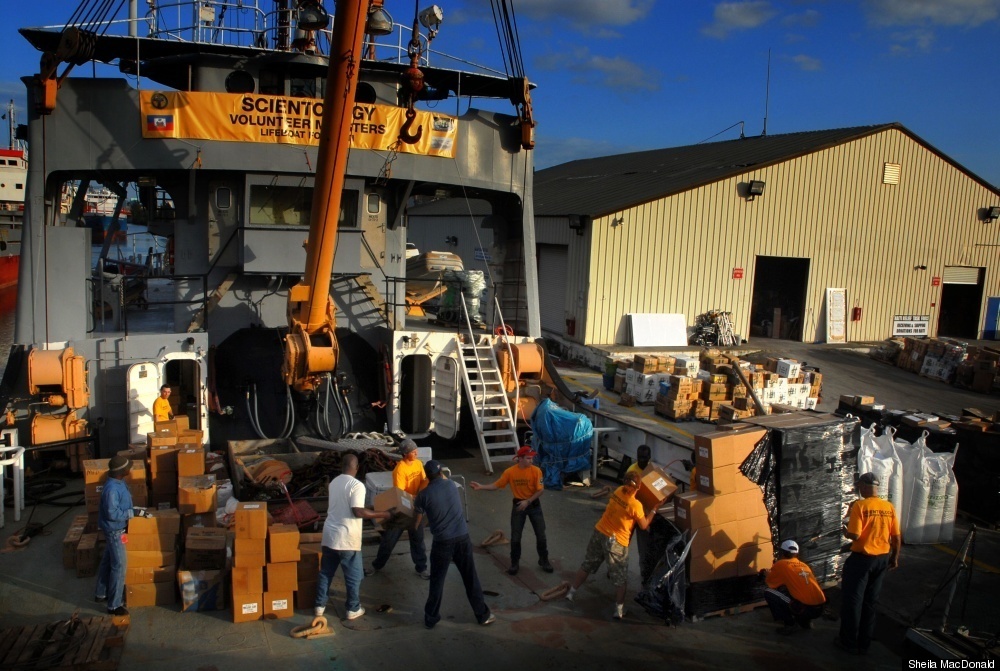