The annual Islamic pilgrimage, or Hajj, to Mecca, Saudi Arabia draws an estimated 2.5 million visitors each year, making it the largest yearly gathering of people in the world. The 2011 pilgrimage, a religious duty performed at least once in every Muslim's life, is expected to take place Nov. 4-9.

Hajj is the fifth pillar of Islam -- a religious obligation that every Muslim who is able must complete the pilgrimage at least once in his or her life. Tradition says the hajj practice goes all the way back to Abraham. Millions of pilgrims walk from Mecca to Mina to the Plain of Arafat to stand near the Mount of Mercy and ask Allah for forgiveness. Pilgrims then walk back to Mina to throw pebbles at pilars that represent the temptations of Satan. The symbolic animal slaughter of Eid al-Adha comes next, followed by a trip back to Mecca to perform tawaf, turns around the Kaaba, the most sacred site in Islam. Pilgrims drink from a holy stream, the Zamzam, before returning to Medina to finish the hajj. 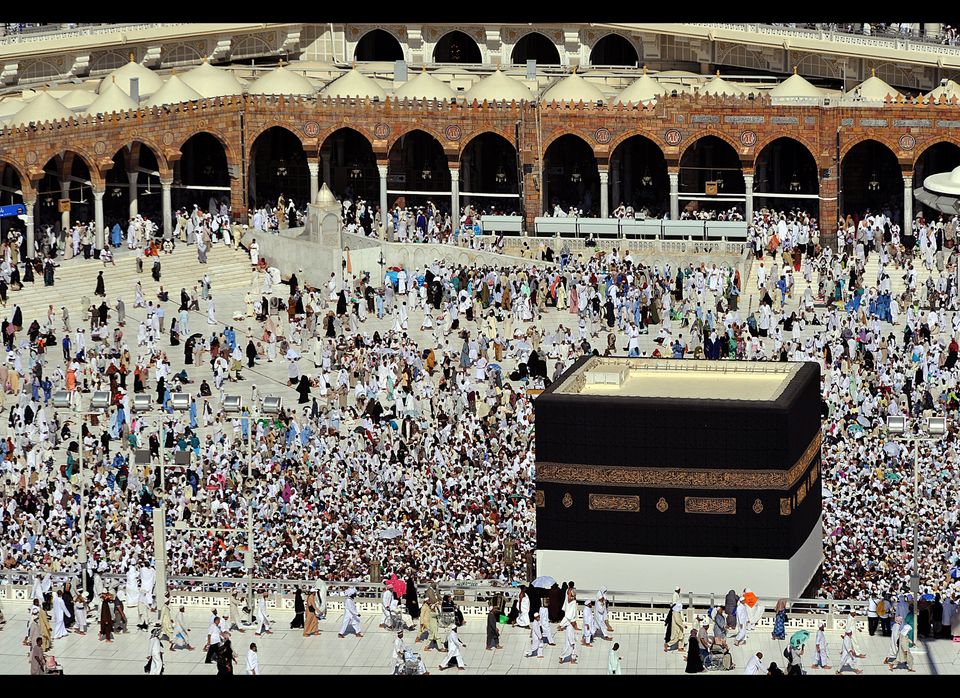