What is Hajj?
The annual Hajj pilgrimage is one of the world's largest gatherings, as hundreds of thousands of people flock to Mecca, Saudi Arabia, to participate in one of Islam's five pillars of faith. Muslims from all over the world will gather together for five days to pray as one community, celebrating their history and giving thanks for blessings. From the Masjid Al Haram complex to the hills of Mina, the rites include circling the Kaaba seven times and visiting sites of historical and religious importance.

When is Hajj 2013?
This year's hajj will be celebrated on Oct. 13th to 18th, though that date depends on the sighting of the moon, as Islam follows a lunar calendar. Hajj takes place annually on the eighth day of the month of Dhul Al-Hijjah in the Muslim calendar. It's considered an obligation for devout Muslims to undertake the pilgrimage to Mecca at least once in their lifetime, if they are physically and financially able.

What's the history of Hajj?
The pilgrimage to Mecca has been going on since pre-Islamic times, as Mecca's economic prosperity during the time of the Prophet Muhammad was largely due to the income from visitors. 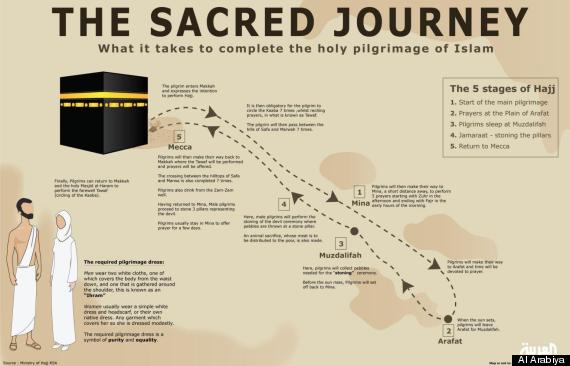 What are other rituals associated with Hajj?
Pilgrims perform the Hajj in a state of ritual purity called ihram, which for men is physically represented by wearing simple garments made of unsewn cloth. It demonstrates the equality of humanity before God.

What is Eid al-Adha?
The Eid of the sacrifice takes place on the 10th day of Dhul Al-Hijjah, or Oct. 15, which commemorates Abraham's willingness to sacrifice his son Ishmael in order to be totally obedient to God. Muslims sacrifice a goat or lamb in remembrance of this act of faith and give part of the meat to the poor. 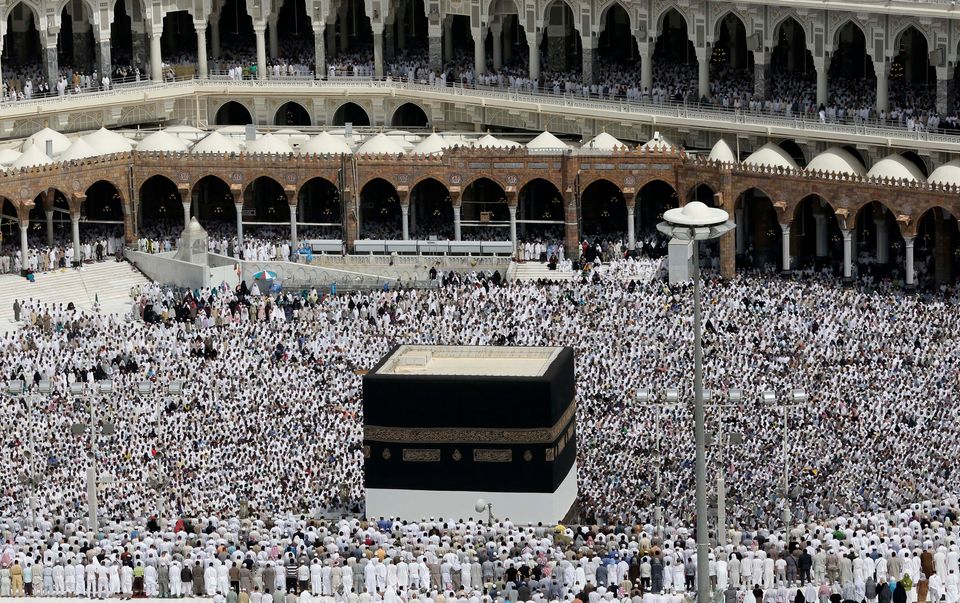