We all know love when we feel it, with our family, friends and significant other. But it's a bit tricker to describe it -- especially without using the word itself.

That's what Hallmark asked couples of all ages, races and sexual orientations to do as part of its "Put Your Heart To Paper" campaign. In one instance, they asked Bob and Kim, a couple married 56 years, to talk about their relationship.

The long-married husband and wife were asked separately about their first impressions of each other. "I think I'm going to be in a lotta trouble," Kim said. Bob joked, "She's a nice looking girl but she's going to be hard to get along with." Just three days later, though, Bob knew she was going to be his wife.

But then they were asked to describe their love, and what they had to say was so perfectly in sync, it became clear that these two really are soul mates.

"They say two become one and that really has happened," Bob said.

As they sat and watched their answers together, the pair got a little teary-eyed -- and so did we. Watch the rest of the incredibly touching video above, but be sure to grab the tissues first. 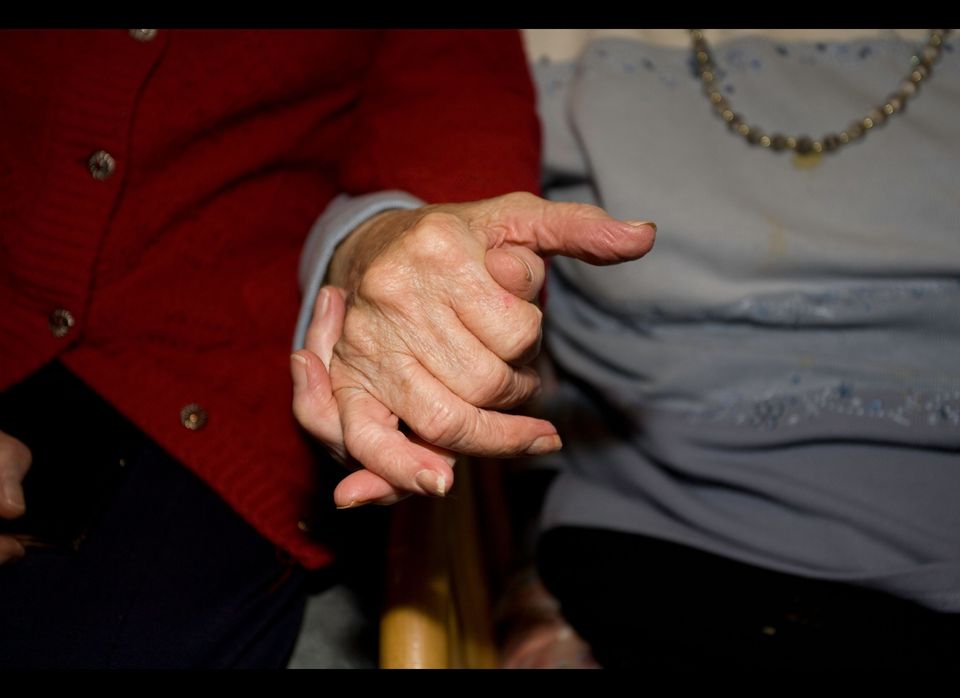 1 / 5
Gordan And Norma Yeager
In Oct. 2011, Gordon and Norma Yeager <a href="https://www.huffpost.com/entry/long-married-couple_n_1020085" target="_hplink">died holding hands</a> after 72 years of marriage. The Iowa couple was hospitalized after a car accident and died within one hour of each other.
Alamy