I just spent a mind-numbing 45 minutes helping my son sign 18 valentine cards for his classmates. Even he was getting bored, as demonstrated by his increasingly lax standards of how to make the letters in his name. He defended his sloppy penmanship by telling me it was simply a "different" way of making a C. But I couldn't have cared less. No one is going to pay much attention to his valentines anyway, since I went the cheap-o route and bought the ones that don't come with candy or a temporary tattoo. Let's not pretend these babies aren't going anywhere but straight into a trash can.

I don't care much about Valentine's Day. It's not that I dislike it; I am just completely apathetic toward it. In the world of holidays, Valentine's Day is like the fifth guy from *NSync... you know, the one that's NOT Justin Timberlake, Joey Fatone, Lance Bass, or JC Chavez. You don't mind that it's there, but you also wouldn't really notice if it wasn't. (And since I spent a ridiculous amount of time deciding which holidays the other *NSync guys would be, please indulge this small tangent: Timberlake is totally the Thanksgiving-Christmas-New Year's triple threat. Fatone is Halloween; goofy and fun, and you know he has some mad skills for trading bad jokes for candy. Bass, he's a firework who lets his colors burst like the Fourth of July. And just like the Easter Bunny tries to be as cool as Santa, Chavez ain't no Timberlake. Now back to the point.)

I am not the only one in my house who feels this way about Valentine's Day. My husband has made a declaration that I never have to buy him a card as long as we live. He thinks they are a racket. In fact, he doesn't want me to get him anything for Valentine's Day... well, anything that costs money. Wink, wink. (*eye roll*)

Though my husband and I don't usually exchange presents, we both feel this need to help the kids put something together for one another. It's as if we worry the other might feel completely unappreciated and unloved without yet another hand print painting to put on the desk. But I have to be honest. These little tokens of Cupid feel forced and trite. Even my kids seem to phone in. My daughter gave her handmade card for my husband about a nanosecond of creative planning before scribbling: "Roses are red, violets are blue. It's Valentine's Day. I love you." Try to hold back your sentimental tears.

While gifts are nice, I don't see them as the measure of my children's love for me. I also want them to realize I am much easier to shop for than they think. In fact, they need not shop at all. Because my kids give me REAL valentines all year long without spending a dime or putting crayon to paper. This is what a few of them would look like if they came on those little valentine cards: 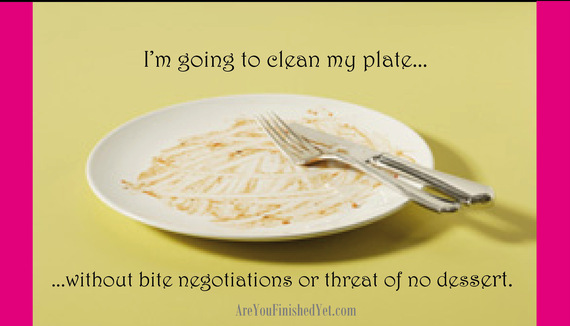 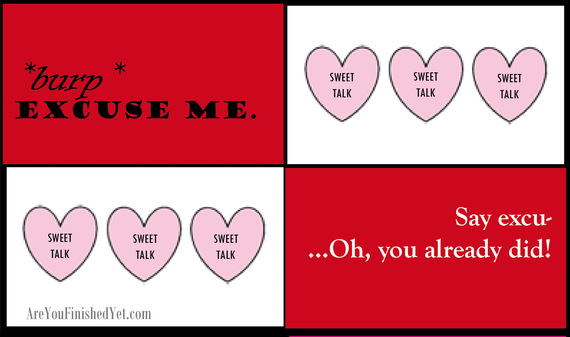 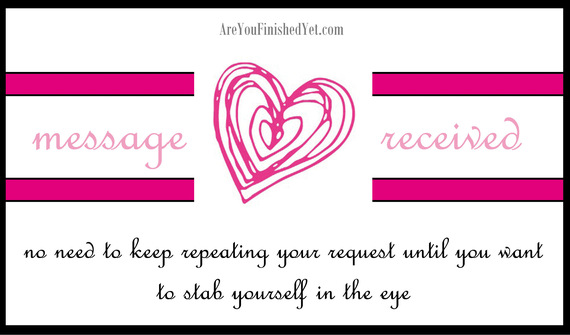 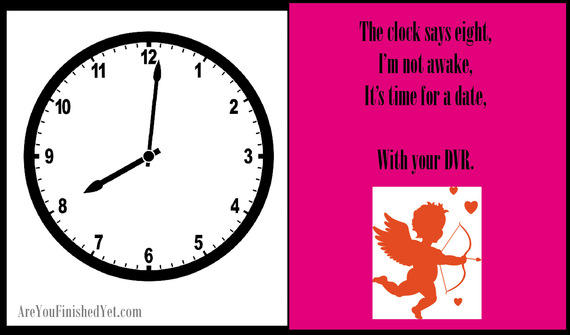 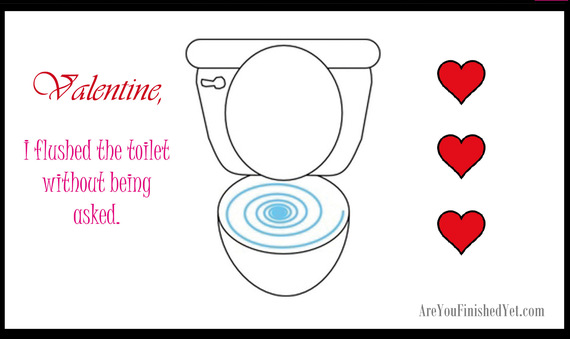 This means the pressure is off of my husband for Valentine's Day; he doesn't need to scramble to help the kids make something for me. As long as they "get it" every now again, as long as the things I say don't always fall on deaf ears, I have all I need.

However, maybe someone should send something to that fifth guy from *NSync. This is his holiday after all.