Arguably the best part of trick-or-treating as a kid was when you got home, dumped your take on the floor and evaluated the night's haul. Maybe you sorted it by which type was your favorite -- Hershey's over here, Reese's over there, sad, unwanted lollipops and Now and Laters thrown in the discard pile. Maybe you did it by color if you were an artistic type, or by flavor profile if you were a blossoming foodie.

Most kids probably don't sort their Halloween candy according to which company owns the brand, because most kids don't know or care where their treats come from. But if they, or an adult who cares a lot about candy conglomerates, were to do so, here's what it would look like: 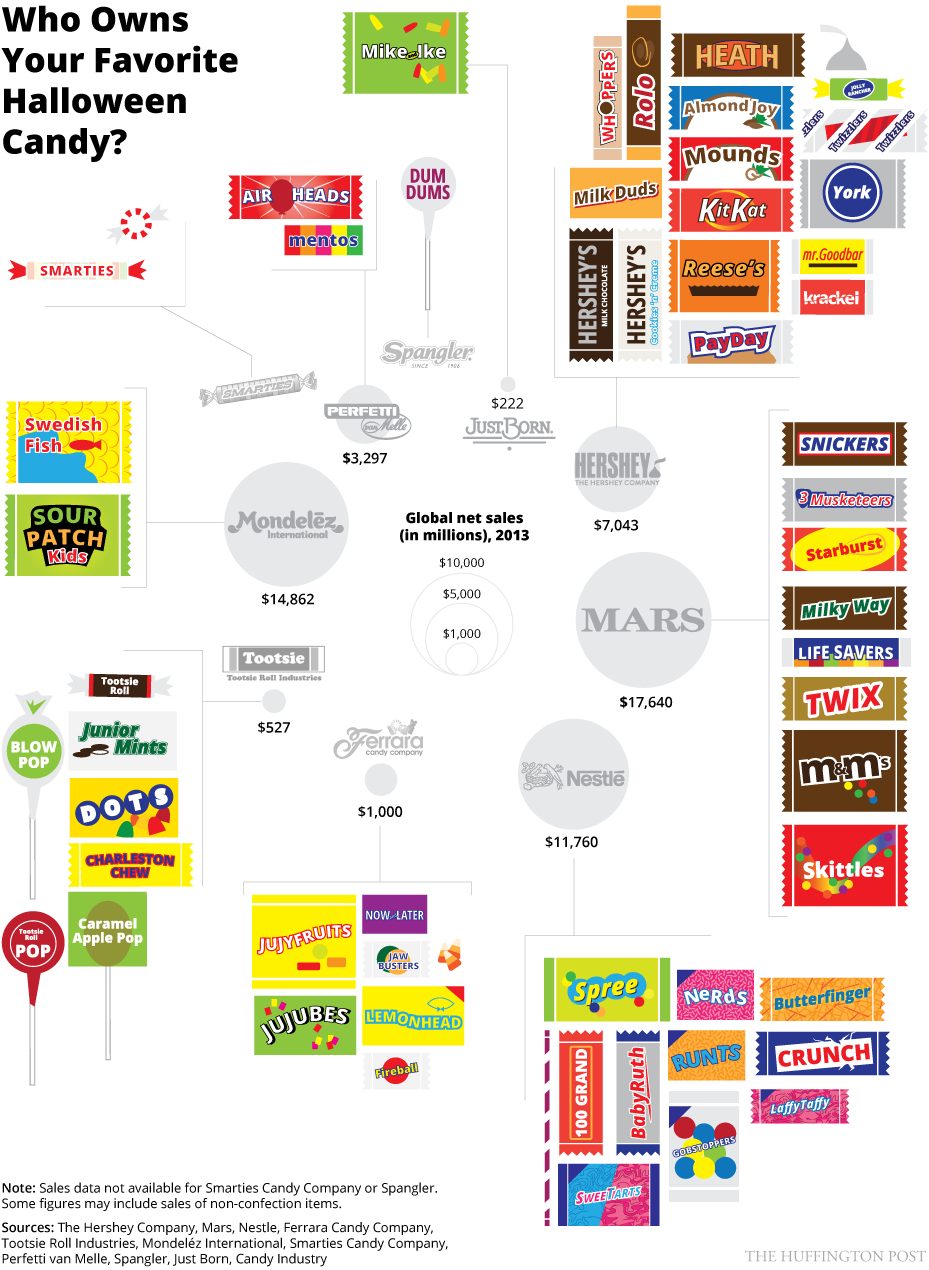 Who knew Smarties and Tootsie Rolls had their own companies?

Unsurprisingly, American chocolate giants Hershey and Mars distribute much of the chocolate sold in the U.S. (and chocolate is America's favorite Halloween treat, according to a 2013 survey by the National Confectioners Association): 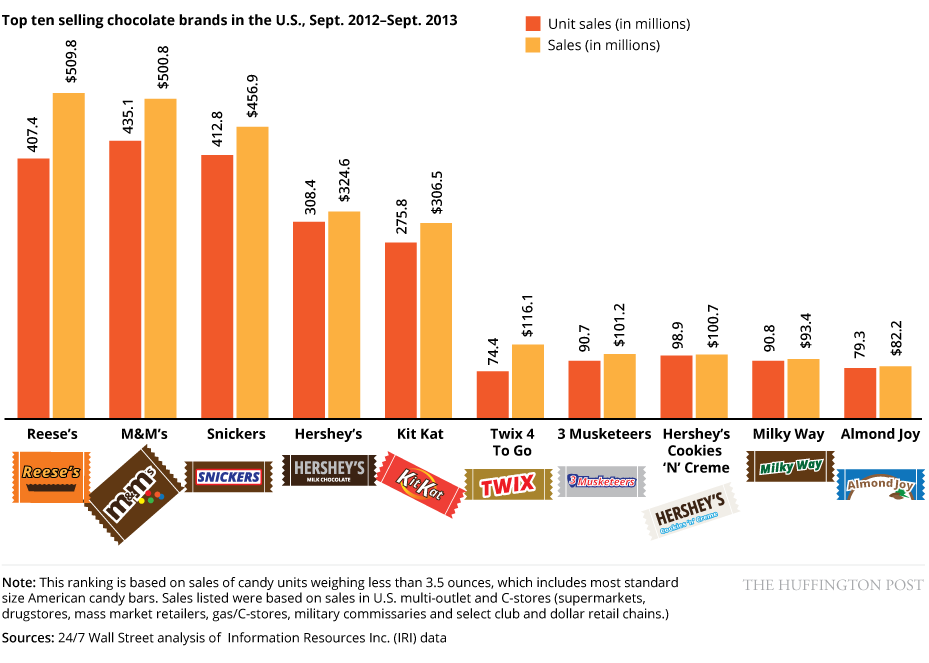 Note: The Huffington Post defined "Halloween candy" by going to Manhattan locations of CVS, Duane Reade and Walgreens and seeing what was being sold in the Halloween aisle. This is most likely not a comprehensive list of everything everyone considers "Halloween candy."