Halloween is fast approaching and you know what that means: candy, candy, candy — and some chocolate bars, too.

But you might want to think twice before biting into a tasty treat. Some sweets are harmful to our planet and helping to kill off the critically endangered orangutan.

This Halloween, zoos and conservation groups across the country are encouraging consumers to choose confectionary made from sustainable palm oil or no palm oil at all.

Palm oil is versatile and cheap. As a result, the oil and its derivatives are found in half of all packaged consumer products, including toothpaste, bio-diesel and, yes, candy.

Skyrocketing demand for palm oil has come at a steep cost to the Earth. The equivalent of 300 football fields of rainforest is destroyed every hour to make way for palm oil plantations, according to the World Wide Fund for Nature. This deforestation has decimated the populations of many vulnerable creatures, including the orangutan, Sumatran tiger and Sumatran elephant. And it’s contributed in no small way to climate change.

The palm oil industry has also been plagued with accusations of human rights abuse and violations of workers’ rights. The choking haze from the illegal slash and burn tactics palm oil producers use has been linked to the premature deaths of thousands of people. Last year’s forest fires were called a “crime against humanity.”

But consumers can do something impactful to address this environmental and humanitarian crisis: they can use their dollars to take a stand for sustainable palm oil.

“This is something where you can go to your grocery store and help every time you go,” Emily Bowling, a conservation education liaison at the St. Louis Zoo, told St. Louis Post-Dispatch this week.

Thanks in part to consumer action, and the efforts of NGOs and grassroots activists, some of the world’s biggest palm oil growers, traders and buyers have made so-called zero-deforestation commitments in recent years. These include big-name corporations like Nestlé, General Mills, Kellogg’s and the Hershey Company.

Some activists have criticized these commitments as being insufficient due to traceability issues and a lack of enforcement. But many believe it’s an important first step.

This month, in anticipation of Halloween, several zoos and other groups have been rallying shoppers to choose sustainable palm oil sweets and treats.

Colorado’s Cheyenne Mountain Zoo has created a free sustainable palm oil shopping guide app, aimed at helping consumers find products made by companies that are members of the Roundtable on Sustainable Palm Oil.

The zoo has acknowledged that “all companies listed in the app are in different places on their journey toward sustainable palm oil.” Still, the organization said shoppers can make a real impact by choosing products made by companies with sustainability commitments.

“Get involved today and remember, each person CAN make a difference,” the zoo said.

The Toledo Zoo in Ohio and Canada’s Toronto Zoo have also issued guides to sustainable palm oil brands and snacks.

Some popular candies, including Fruit Gushers, Peeps and Toblerone, do not contain any palm oil, according to El Paso Zoo in Texas. 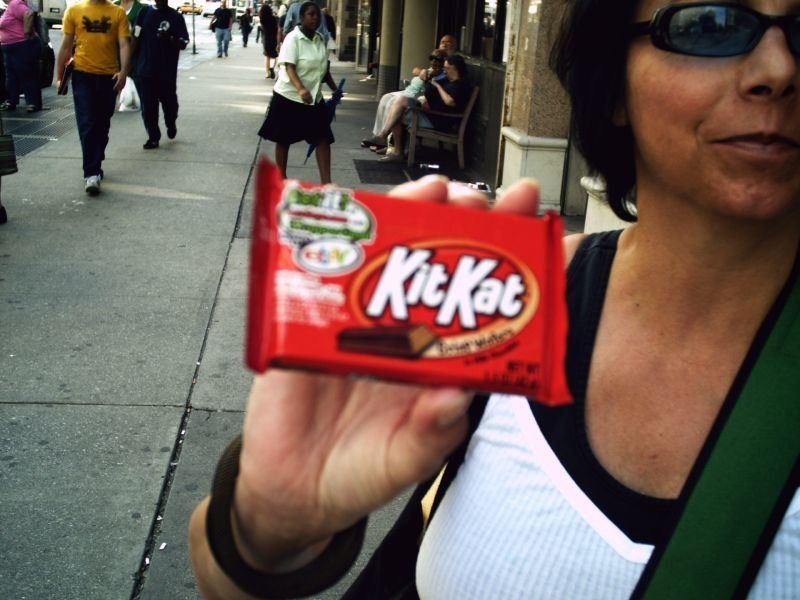