When I was a kid, I loved Halloween. It was a day of fun, the one time I was allowed to go into the nearly all-white neighborhood's adjacent to my nearly all-West Indian hood of Flatbush, go up to a complete stranger's door, and scream "boo" while simultaneously demanding they "treat" me to some sweets -- and all without reprimand. I was really givin' it to "the man" back then. If I was smart, I'd mete out my candy right so I'd be sailin' high on sugar for a week or two, much to the dismay of my mother, and school caregivers.

Now, as a 20-something, I hate Halloween. Aside from recognizing it for the consumer-holiday it is, Halloween is akin to the dreaded First Day of School -- the most anxiety-provoking day of the year where the peer gaze is at its most laser-like and unforgiving, when what you wear defines who you will be for the rest of your Life -- well your high school life anyway.

Halloween is like that, but on steroids... In an attempt to reinvent their "cool" for the new year, grown folks willingly parade around in the "perfect costume" (which is really your alter-ego) in an effort to demonstrate to their peers, co-workers and higher-ups that they are the most creative, detail-oriented, witty, satirical, sexiest, imaginative, individual sporting fangs in Halloween office party history.

Since any costume malfunction, be it a nip-slip or a slip of the EWPS (Edgy White Person Syndrome, pronounced Woops), can end up in tragic social-suicide, I'd like to take the time to list a few do's and don'ts for costume choices in and out of the office.

1. I don't know how many times PoC have to say it but blackface is a no-no-NO. It wasn't okay when Ted Danson did it way back when and it isn't okay now -- speaking of Danson what Whoopi Goldberg did to her then-man was a set-up. If you care for your white friends' safety under no circumstances should you allow them to leave their house lookin' like that.

And white people you should just know better. Just 'cause your one black friend lets you say the n-word, and other racially offensive -ish because you're "homies" doesn't make you not a racist; it makes you racist and stupid.

I digress. Do you know what you say to a little white girl who decides to be Frederick Douglass for Halloween because she read a book? You say nothing because she has a parent, to her parent you say: $^(&*)()** You.

2. Chuck the Indian garb. Just like blackface, redface is just as offensive. I made the mistake once of going as a nondescript Native American years ago and the only thing that saved me from complete impropriety was my Apache-ness on my father's side....but then what the hell was I going to a Halloween party dressed as a dated and horribly inaccurate representation of "myself?" Epic Fail. 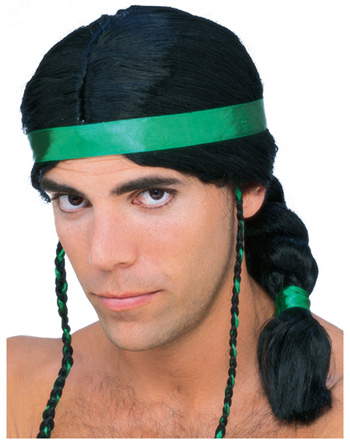 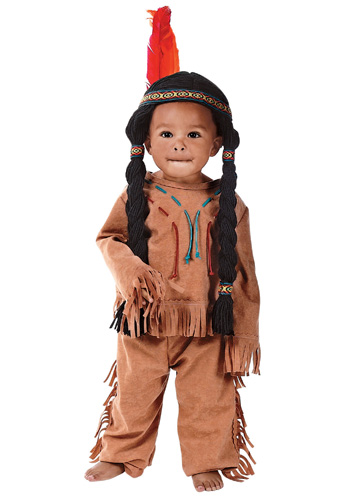 3. If it doesn't cover the crotch...
Wear it anyway! SlutWalk made it okay to bare it all if that's what you want to do ladies BUT it is October. Also I would stay away from garb that makes you look like a baby because it sends two disturbing messages that use sex as a vehicle to reinforce patriarchal hierarchies through the infantilization of adult women and condoning male fantasies about sex with underage prepubescent girls. If neither Dorothy from the Wizard of Oz, Snow White and Cinderella don't wear garter belts and fishnet hosiery than why are you? If you're going for sexy, opt for dressing like "sexy" women like Janet Jackson, or Madonna.

Speaking of "sexy," dressing up as a prostituted woman also is NOT OKAY. For those who don't know their history Geisha's were prostituted women, Harem is short for Middle Eastern pimp mobile. Slavery still exits and it's called sex trafficking. 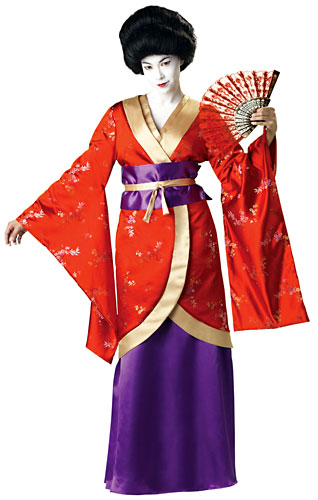 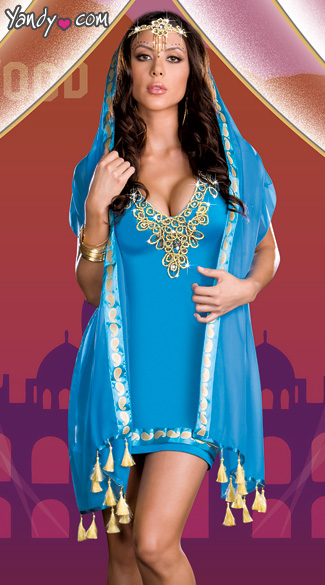 4. Couple's costumes -- besides them being heterosexist, couple's costumes just never work out because frankly themed costumes are better recognized in three's. If you want to be considered an individual lose the idea of using your date, or significant other as a costume-crutch. 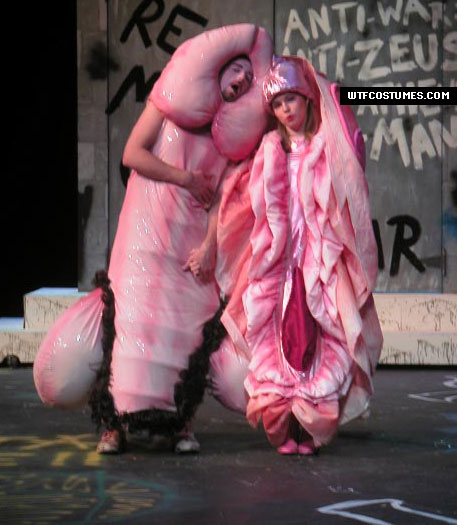