If there's something strange in your neighborhood... it just might be an elaborate Halloween lighting display set to the tune of "Ghostbusters."

Kevin and Amber Judd of Creative Lighting Displays have set up elaborate Halloween light shows at a Riverside, California, home for seven years, according to KTLA.

Last year, however, the display was shut down when they ran afoul of local noise laws.

“I think we did it right this time," Kevin Judd told the CBS Los Angeles. "We went and got permits first and talked to our councilman, Paul Davis, and made sure we crossed our T’s and dotted our I’s with everything."

The show, which is at a friend's home, features four singing ghost faces, strobe lights, tombstones, two matrix boards and thousands of lights, according to the description on YouTube.

A post on their Facebook page lists specific hours for the show, during which time the street will be closed off.

Images on the Facebook page show dozens of people, many sitting in folding chairs, watching the light show.

Along with "Ghostbusters," the lighting display synchronizes to Michael Jackson’s “Thriller” and Bobby Pickett’s “Monster Mash," according to the Press Enterprise.

PHOTO GALLERY
Halloween around the world
Download
Calling all HuffPost superfans!
Sign up for membership to become a founding member and help shape HuffPost's next chapter
Join HuffPost 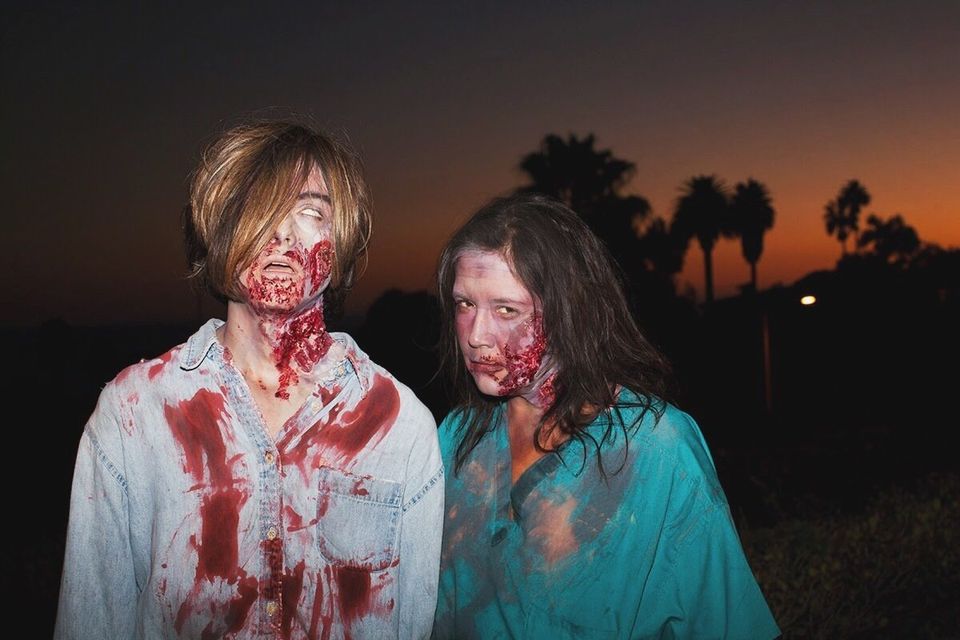