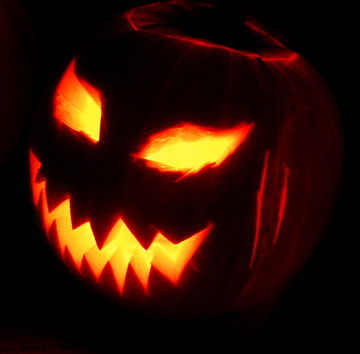 Crisped whispers from the leaves above remind me that it's a SoCal fall. Gone before you know it. Some of the leaves hold on to genetic memories and defiantly turn red, but most of them have given up, yellowed and rustled a goodbye to their mates as they float down. Joey loves pissing on the dead leaves. I wait patiently for him to finish, listening to the wind stir the trees, a friendly caress.

A tiny Asian woman approaches me, smiling. "Please, you tell me where this is?" She holds up an iPhone. "The man say I turn right here." She smiles again and asks, "Is your baby friendly?" Joey tries to sniff her iPhone. I hate it when people call him my baby. An assumption about Americans and their pets on her part, a friendly crossing of borders, I decide.

"He'll just try to lick you." She's so small and thin, I tighten my hold on his leash in case he decides he loves her. My baby is a musclebound 75 lbs.

I stoop and peer over the top of my sunglasses at the iPhone screen. It shows a deposit slip with an address in Century City. Not here. The image revolves in the opposite direction. She tries to adjust it by squeezing her thumb and forefinger on the screen, but when she holds it up for me, it switches again. An Asian who can't control an iPhone? Interesting.

Near here, but a long walk, I say. "There's probably a branch on Wilshire, but I don't know exactly where." I suggest she call the bank and ask for an address. She shrugs and says she'll look for it. She's exploring. I'm heading in the same direction so we walk together.

Turns out her husband is a student at UCLA in astrophysics. She's probably got time on her hands. I ask where she's from. 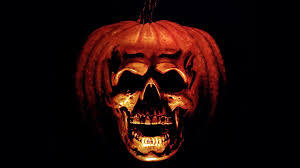 She laughs. "I guess you know I'm Asian."

"Right! But which brand? What country?"

China is her point of origin. She expresses surprise that there are so many Asians on the UCLA campus. No comment from me on that, but I want to know the specific focus of her husband's research. She claims ignorance.

We stop in front of a house with the lawn jammed with inflated ghosts, ghouls and witches. 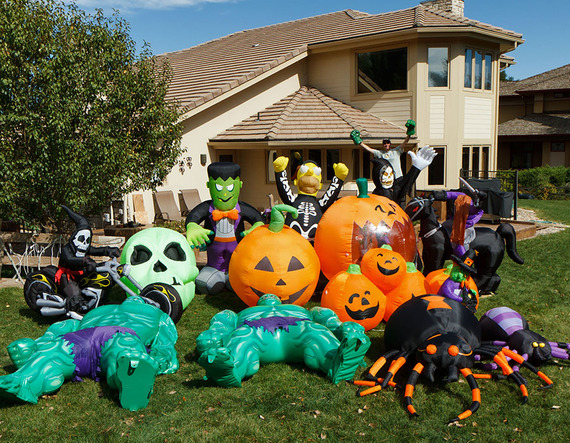 They hover, expressing nothing more than lack of inspiration. An electric hum in the background is the machine which keeps them engorged. Joey is strangely quiet. Ears erect, wrinkled brow expressing his version of WTF.

Next door is more creatively decorated. Grasping skeletal hands, skulls, spiders and webs sprout out of the lawn.

"What the hell is that?" I ask Joey, gripping his leash. He whines, anxious to attack the skull which he thinks is a warped soccer ball. 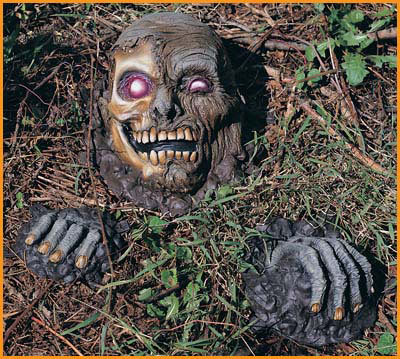 "This is frightening," my Chinese companion says. "I don't understand. Why dead things?"

"Good question," I say. "It has something to do with All Saints' Day. Saints are people who died vaingloriously for some dumb reason." Her lips part as she takes this in. Hey, diplomacy is not my strong suit.

More on All Hallows Eve: Today's Halloween customs are thought to have been influenced by folk customs and beliefs from the Celtic-speaking countries, some of which have pagan roots, and others which may be rooted in Celtic Christianity.

Veneration of the Dead by various cultures: