A black cape, a pointed hat and a broom. There is perhaps no Halloween costume more iconic than a witch. But does it cross a cultural sensitivity line?

The Rev. Selena Fox, senior minister of the Circle Sanctuary, a Wiccan church and nature preserve in Wisconsin, told The Huffington Post that it all depends on "the context and the message."

"As someone who has been politically active for many years, I see that there's some power in taking images and repurposing them," said Fox. "Some in our community have chosen to have some fun with witch costumes." 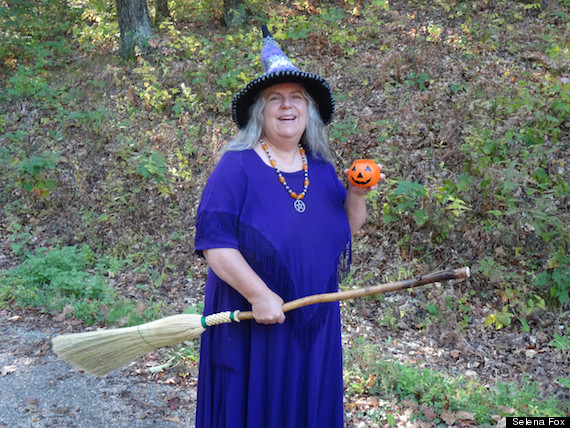 Fox gives public education talks about Samhain, paganism and witch traditions throughout the month of October.

This time of year, costumes depicting all manner of supernatural identities abound -- even within pagan communities. During Samhain, a pagan holiday closely associated with Halloween that also takes place on October 31, the Circle Sanctuary will host a Witches' Ball for which many will dress up.

"Some of the people that get in costumes will wear pointed witch hats, a broom and a cape," said Fox. "We are having fun with witch costumes because of the context."

Sam Webster, who is studying contemporary paganism for his Ph.D. and is himself initiated as a witch in multiple pagan traditions, agreed that context is key when it comes to people dressing up in spiritual garb.

"It highly depends on who's doing it," Webster told HuffPost. "If it's a pagan or a witch, they're usually doing it with a bunch of self-referential irony."

In addition to the costume, the word "witch" itself has long carried negative connotations, Webster said. Nonetheless, many pagan groups -- like the Reclaiming tradition founded by the author and activist Starhawk -- embrace the term.

"In the West we've started taking that word and using it as a word of power," Webster said. "We've taken on an insult and reclaimed it."

Webster said it would take a lot for a Halloween witch costume to offend him. On the contrary, he sees America's embrace of Halloween as a sign of paganism's enduring significance in Western culture.

"There is a national holiday that showcases our religion every year!" he said.

But cultural sensitivity can get confusing. In 2004, a Washington state school district banned Halloween celebrations partly out of respect for practitioners of Wicca who might find the symbols offensive. In a Yahoo forum responding to the incident, one user asked Wiccans whether witch costumes and Halloween paraphernalia actually offended them. The overwhelming response was: not really.

"Most Wiccans and witches I know love Halloween and literally revel in it," one person wrote.

Another responded: "What irritates me is the fact that non-witches/Wiccans seem to determine what offends us witch/Wiccans. I think they should ask us whether or not witch costumes offend us or not. Personally I like witch costumes. I wear one every Halloween."

Fox noted that although costumes can perpetuate stereotypes about witches, they might also offer an opportunity for discussion.

"Stereotyping can be hurtful to people who are involved in pagan religion," Fox said. "Some of the stereotyping in the past was used to torture and execute people. It was horrific propaganda."

But depictions of the "evil witch," with her hat and broom, can offer an opportunity to talk about the true nature of Wiccan spirituality, Fox said. "It can be a teaching moment."

Take the "Salem witch costume" offered by Party City -- a Pilgrim-style dress with "Salem 1692" written in fake blood on the apron. The costume comes with a vinyl noose for "maximum morbid fun," according to the Party City website, which describes the getup as "the only costume you'll need to hang onto." The costume, of course, is a reference to the 1692 witchcraft trials in Salem, Massachusetts, where 19 people were executed by hanging.

The Halloween season could be an opportunity to spread awareness of the persecution of alleged witches throughout history, most virulently between the 15th and 18th centuries -- a period many now refer to as "the burning times."

During this era, in campaigns exacerbated by social, political and religious unrest, an estimated 60,000 people in Europe and the American colonies were tortured and executed because they were suspected of having ties to witchcraft. Many of those put to death probably did not identify as witches or engage in supernatural practices, as a 2009 BBC report notes. And they certainly weren't all women.

The witches, of course, were nothing like the stereotype of the carbuncled hags shrieking incantations around a cauldron full of devilish potions. They were ordinary people who were often the convenient scapegoats for anything from a death in the village to the failure of crops. Individuals would often have been branded a witch after falling out with a neighbor.

There was no average witch. Although most would be poor and elderly, this would vary from region to region. The accused were not even all women. Around a quarter of those executed were men.

This is where depicting witches gets tricky, Fox said, as it is unclear where the imagery of the cape and hat costume originally comes from.

"Some say the pointed hat is symbolic of raising the cone of power in a ceremony," said Fox. "And some say the broom was an image of meditative or shamanic traveling." 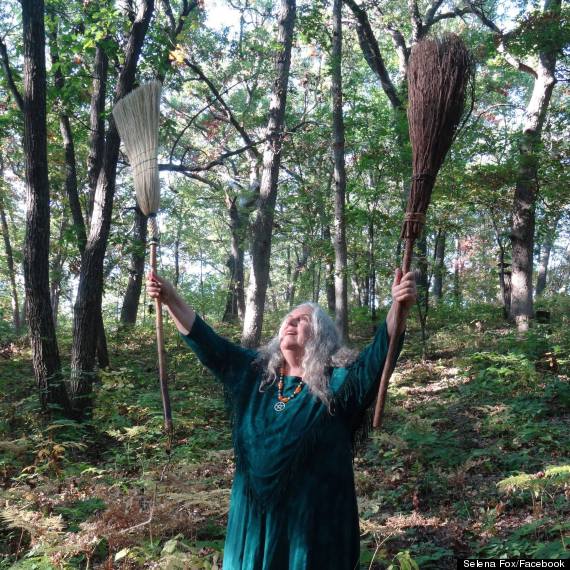 Fox teaches an online workshop on broom lore and rites.

Webster said the iconic "Wicked Witch of the West" costume draws from Victorian women's mourning clothes -- which would fit nicely with the death theme of both Samhain and Halloween.

Whatever its origins, the costume does not reflect how modern, self-identified witches actually look. To illustrate that point, Fox once bought a witch doll at a Halloween store and brought it to a lecture she was giving.

"I had a picture of myself holding up a witch doll," Fox said, "and I asked, 'Which witch is which?' There are two witches in this picture. One is a fairy tale, and the other you may not recognize as a witch walking down the street."

It may be confusing when some witches themselves don the iconic cape and hat on Halloween as an act of agency. But Halloween costumes allow modern witches to play with the caricature in order to make sense of a complicated history, Fox said.

Part of this involves today's witches being able to change the narrative and find new ways to represent themselves. Some scholars and modern-day witches believe, for instance, that healers and midwives were among those targeted during the witch trials. Painter Anne Sherwood Pundyk, co-editor of the magazine Girls Against God, whose most recent issue explores witches and feminism, said the modern witch costume may need a design change to reflect this history.

"We could encourage Trick-or-Treaters to create a new witch's costume that represents the herbalists, healers and gardeners once labeled witches," Pundyk told HuffPost in an email. "The new design could incorporate imagery from nature, celebrate the five senses and embody the mystery of the cycle of life."

Pundyk also suggested that the witch costume could serve as an unlikely model of feminine power for girls.

"It's fun to be free to take on a different persona," Pundyk wrote. "Wearing a [witch] costume allows you to be 'bad' or even 'bad ass.' Perhaps by embodying witches, girls can be comfortable continuing to challenge negative patriarchal forces in their lives even after they take off their costumes."

Pundyk may have a point. Some of the most prominent pagan and Wiccan groups and leaders are deeply invested in promoting social change, often through environmental activism as an extension of nature spirituality.

Halloween is an opportunity to discuss this important aspect of pagan spirituality, as well as other faiths and cultures that are often caricatured, Fox suggested. It can be a time to celebrate diversity, without reducing others' identities to stereotypes.

"Halloween and Samhain are a good opportunity to try to build a greater public awareness of humankind's problems with each other and the ways we can create a society where there is more embracing of diversity," said Fox. "A witch image in the right context can help progress that conversation."