SAN FRANCISCO (Reuters) - "Master Chief" springs back into action on Tuesday with the release of Microsoft Corp's Halo 4, the latest installment of the Xbox blockbuster that will compete with Activision Blizzard's Call of Duty franchise for holiday-season bragging rights.

Microsoft hopes the return of the laconic green-armored super-soldier protagonist of Halo, which has generated $3 billion of revenue since its 2001 launch, after a five-year hiatus will bring out gamers in droves when the title begins selling in more than 40 countries starting midnight.

The Halo series, made by Microsoft Game Studios, spearheaded the company's foray into gaming that began with the 2001 launch of the first Xbox. It has sold more than 46 million copies to date and helped the console lead the market ahead of Sony's Playstation and Nintendo's Wii.

It remains to be seen if the well-reviewed game can revive flagging videogame sales or surpass "Call of Duty: Black Ops 2", which goes on sale next week and will vie for the title of 2012's top-selling game. The first-person shooter series is now the biggest title on the Xbox.

Nintendo is also selling its new Wii U console, featuring a companion tablet controller, over the holidays. Microsoft's rival Activision Blizzard is set to release a dedicated Wii U version for its "Call of Duty: Black Ops 2" title when the new console hits stores on November 18.

"Because there hasn't been a game to star "Master Chief" for five years, there's a bit of a pent-up demand," said Ryan McCaffrey, Xbox Executive editor at videogame website IGN.com.

"Call of Duty has taken over as the most popular game on the Xbox, so I think it will be very close," he added.

In Halo 4, "Master Chief" deals out death and destruction to evil aliens while embarking on a quest to save his longtime friend and artificial-intelligence construct Cortana.

Microsoft, which has high hopes for the latest Halo, is pulling out the stops. Halo: Reach, the fourth game in the series sans Master Chief, was launched in September 2010 and raked in $200 million in global sales on launch-day.

The company is hosting marquee events in cities from Seattle and Berlin to London - where the company will stage an as-yet-undisclosed stunt on the Thames river.

Microsoft also held a massive launch event last week in the small country of Liechtenstein in Europe. Some historic landmarks and the countryside of the 62-square mile nation was transformed into a futuristic Halo-like universe and reporters were allowed to test the game.

With less than 12 hours before the title's launch, GameStop spokeswoman Wendy Dominguez said fans had begun lining up outside a handful of stores, including at their Flower Mound, Texas outlet. Some dressed in Halo costumes.

"They've either pre-ordered Halo or they're waiting to get their hands on a copy and they're pretty excited about it," Dominguez said. 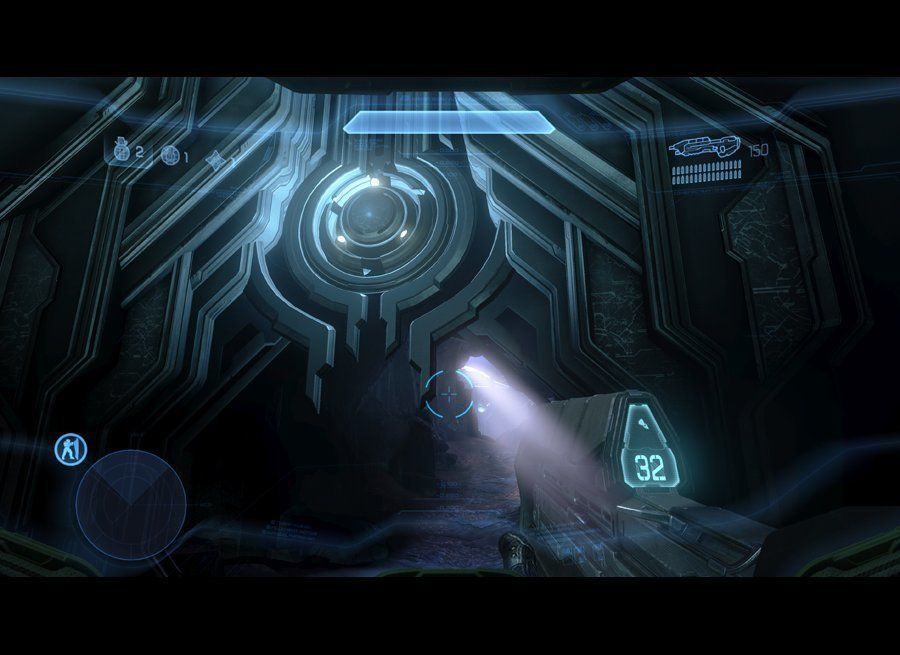