LOS ANGELES (AP) — One pet owner made a promise when her toy poodle fell ill and its vision started to dim. If her dog lived, she would help it overcome any disabilities and give a paw up to other pooches in the process.

Silvie Bordeaux of Los Angeles kept that vow after Muffin survived a cancer scare but lost his sight. She created Muffin's Halo Guide for Blind Dogs, a device that encircles a dog's head and prevents blind pets from running into walls and furniture.

"If the halo hits the wall first, it will slow them down," said Dr. Christin Fahrer from Eye Care for Animals in Culver City, a suburb of Los Angeles. That will minimize trauma to the face, the veterinarian said.

The halo is made of lightweight copper tubing that attaches to cloth wings and a harness fitted around the neck and chest. Other products do similar work, such as the infamous cone, known for its use after surgery to protect wounds or stitches, and vests and headbands that also have a piece encircling the head to deter collisions.

They are among a multitude of products peddled to pet owners confronting canine old age, disabilities and injuries. Companies make walkers and lifts or one-of-a-kind mobility equipment for dogs with joints that ache or no longer work. Dog stairs allow older pets to get on beds or sofas and ramps help them into the car. But some owners improvise, making slings, homemade wheelchairs or tripod lifts so they can hoist dogs with ailing hips or missing limbs up stairs or over obstacles.

Whether ready-made or owner-constructed, the products can prevent old or hobbled dogs from being turned into shelters, where euthanasia is likely a given. Bordeaux had shelter dogs in mind when launching her line of halos, thinking their chances of adoption would improve if they used the product.

"It might help shelter pets more than average pets in some ways because their environment is constantly in flux," said Fahrer, the veterinarian.

But she said blind dogs don't think about their lack of sight — they just adapt and move on.

"We are the ones who struggle with the concept of our pets being blind," Fahrer said. "We struggle with what it would be like for us. Our pets don't drive or read, but we use our vision every moment of every day. It's a different world for them."

Bordeaux set up a nonprofit to get her halos to blind dogs in shelters and rescues. The devices range from $69.95 to $129.95, and come in different designs, such as angel's wings, butterflies and football uniforms.

"They can eat and sleep and play and run with it on," Bordeaux said. "It's like their superpowers."

When a blind dog wears a halo, it holds its head higher, its gait changes and its spirits soar, said Los Angeles dog trainer Bronwyne Mirkovich, who volunteers for the American Maltese Association Rescue.

When you put the device on her dog named Max, "it's like putting an action-hero suit on a little boy," Mirkovich said. "It's like he's bumping with a shield or cane, he's super confident." 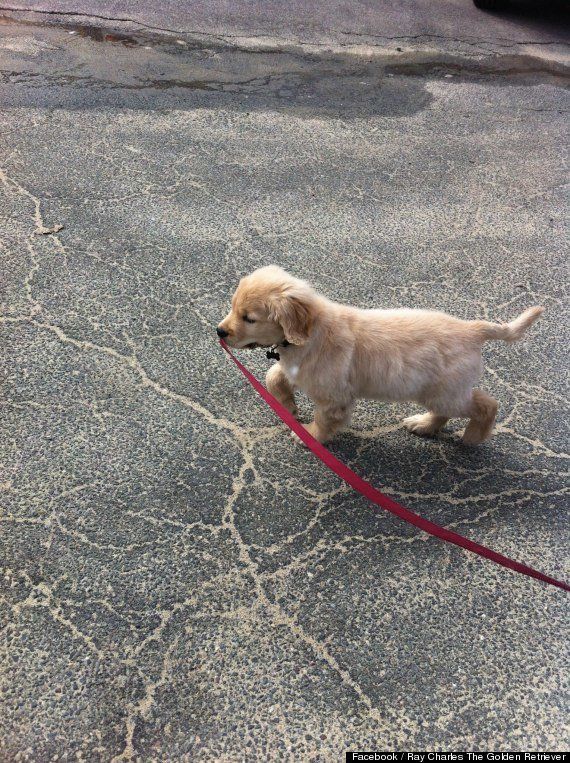