Nothing quite says "MINE" like carving your name in your private island.

United Arab Emirates Sheikh Hamad bin Hamdan Al Nahyan is mega-rich ($22.5 billion rich that is), so rich that he reported has over 200 cars. But just because he's among the richest men in the world, doesn't mean you've necessarily heard of him (despite his nickname of "The Rainbow Sheikh").

What better way to get your name out there than have it etched across a two-mile wide portion of your private island?

According to The Sun, the letters are also a full kilometer tall in some places. The whole thing is so large that it's actually visible from space and, perhaps more importantly, Google Earth.

Exactly how much this whole thing cost to create is a mystery, yet we can't imagine it was cheap. Business Insider suggests a price of about $22 million, though no official number seems to have been released. It's certainly a bit excessive regardless.

You can see the etching for yourself, zoomed in and out, below.

The close-up, via Google Earth: 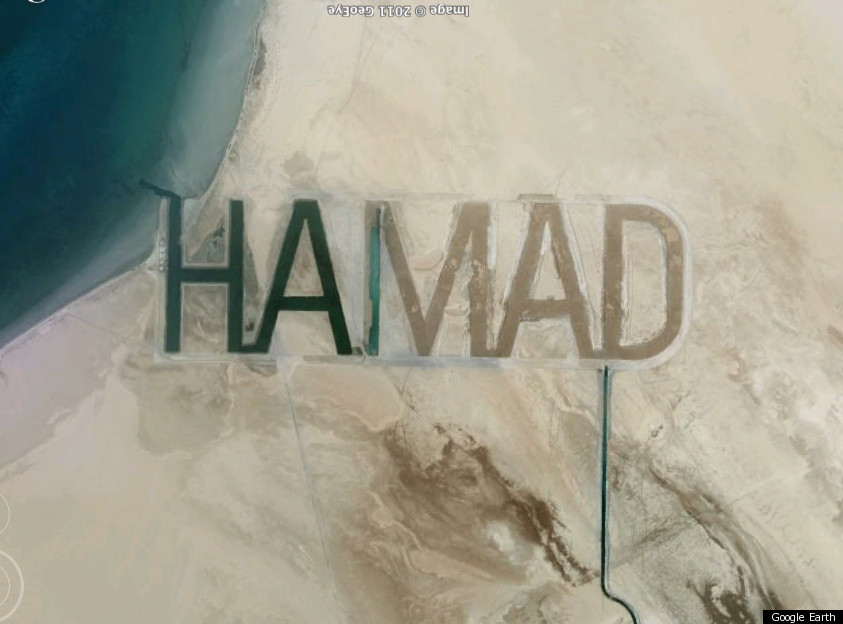 The etching (somewhat zoomed in), via Google Earth: 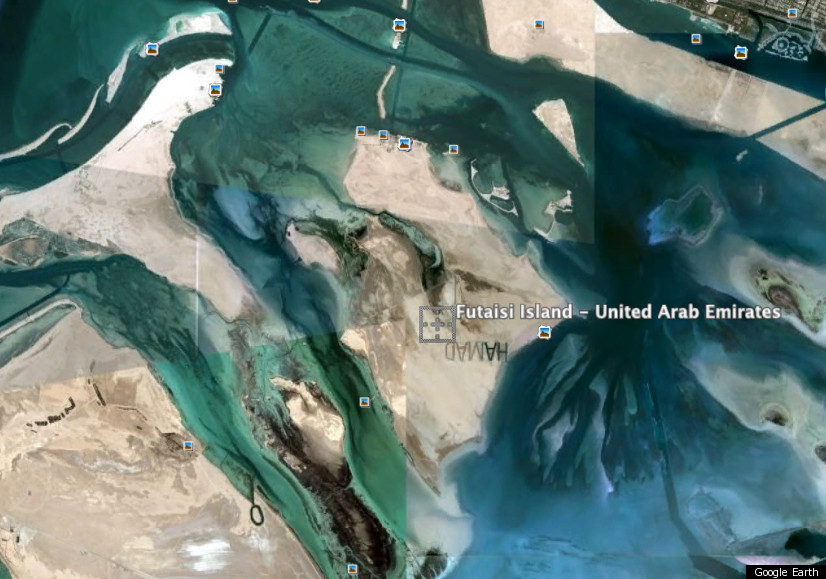 The etching (zoomed out), in relation to Abu Dhabi, via Google Earth: 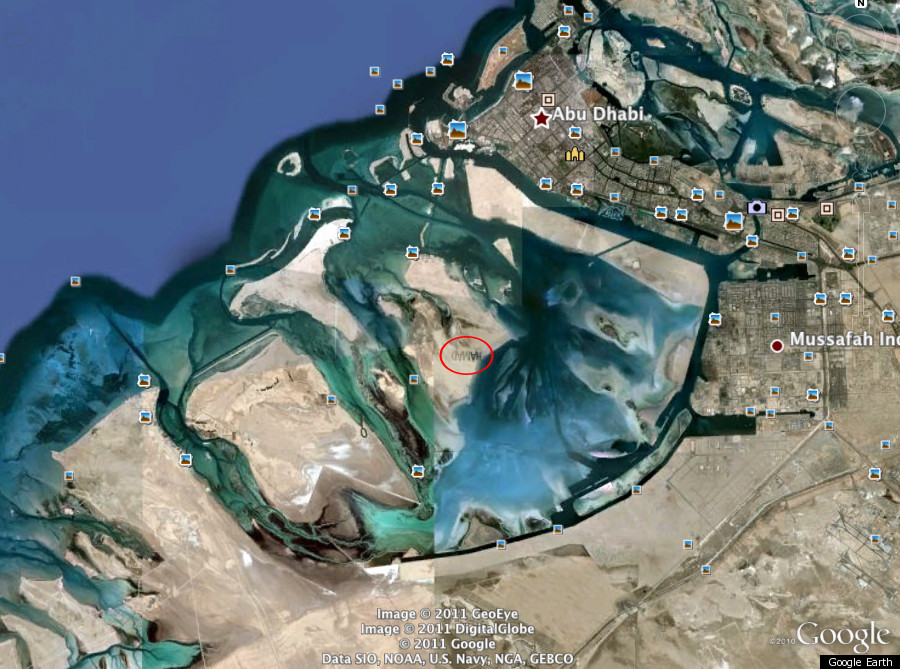