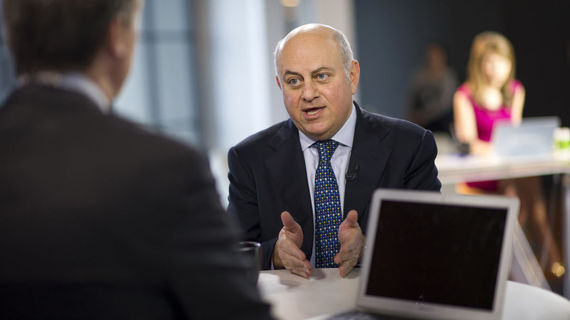 With the goal of harnessing the untapped potential of Iranian-Americans, and to build the capacity of the Iranian diaspora in effecting positive change in the U.S. and around the world, the West Asia Council has launched a series of interviews that explore the personal and professional backgrounds of prominent Iranian-Americans who have made seminal contributions to their fields of endeavour. We examine lives and journeys that have led to significant achievements in the worlds of science, technology, finance, medicine, law, the arts and numerous other endeavors. Our featured participant today is Hamid Moghadam.

Hamid Moghadam is chairman of the board of directors and chief executive officer of Prologis. Mr. Moghadam co-founded the company's predecessor, AMB Property Corporation, in 1983 and led the company through its initial public offering in 1997 as well as its merger with ProLogis in 2011. Mr. Moghadam is a trustee of Stanford University and served as chairman of Stanford Management Company. An active participant in the San Francisco Bay Area community, he has also served on various philanthropic and community boards, including the California Academy of Sciences, the Bay Area Discovery Museum, Town School for Boys and as chairman of the Young Presidents Organization's Northern California chapter. Mr. Moghadam received the 2013 Ernst & Young National Entrepreneur of the Year Overall Award and is a recipient of the Ellis Island Medal of Honor. For more details, please click [here]

Could you tell us where you grew up and where you went to school?

I grew up in Tehran, Iran, and left in 1970 at the age of 14 to finish high school at Aiglon College, a British boarding school in Switzerland. I then came to the U.S. when I was 16 to attend MIT, where I earned bachelor's and master's degrees in engineering. Around the time of the Iranian Revolution in 1978, I enrolled at the Stanford Graduate School of Business to study for my MBA. The idea was to wait out the Revolution, to see what would happen. I ultimately decided to stay in the U.S. and to start my career here following graduation from business school in 1980.

What ignited the spark in you to start a business and how did you get the idea for AMB?

My interest in real estate began at an early age as a result of my father's involvement in the construction and development business in Iran. I used to spend weekends with him touring various construction sites. In those days, the Iranian economy was growing rapidly and there was an insatiable demand for housing. The challenge was to get projects designed and built, which is why I decided to study civil engineering and construction management in college. That was the background you needed to be a successful real estate development professional in Iran in the 1970s. After business school, my first full-time job was with an investment management firm in San Francisco, and because of that, I developed a good background in the property sector. When my partners and I started AMB, we knew we wanted to be in real estate but we had no capital. So we started our business as a consulting and advisory firm that over the years morphed into a large fund manager. In 1997, we took the business public on the NYSE. At the time of our IPO, our portfolio consisted of both industrial and retail properties. In the late 1990s, we morphed again and sold our retail division to CalPERS to focus solely on industrial properties. After the merger with Prologis in 2011, we became the largest player in the global logistics real estate business and today we own and manage about $58 billion of assets in 21 countries around the world.

Do you believe there is a formula for becoming a successful entrepreneur?

I would say there are a number of important factors that contribute to success in any entrepreneurial endeavor. First, it is hard work, which is a necessary but not a sufficient condition to achieve success. Second, in our specific case, it was critical to have really good partners who saw eye-to-eye in terms of values, but who brought different skills to the table. I can't overemphasize the importance of this. The third factor I would mention is a general lack of comfort with the status quo, especially when things are going well. You always need to think about what could come next and not get complacent because of the success that the business may be enjoying at a given time. Every successful entrepreneur I know has a high tolerance for uncertainty and ambiguity, because the path forward is rarely clear. Finally, successful entrepreneurs are highly adaptable because the business plan they start out with often ends being different from the strategy they ultimately pursue, because of the constantly evolving dynamics of the marketplace.

How did you end up at MIT. What was your experience studying civil engineering there?

A technical education was highly prized in Iran in that era and MIT was considered one of the best universities in the world. In retrospect, it wasn't so much the specific course of study that ended up being important, but the analytical and critical thinking skills that my engineering background taught me.

After co-founding AMB Property in 1983, what hurdles did you have to overcome in the company's early years?

We had no capital, no clients, no brand, no track record, and we were very young. Other than that, things were just great! We took it one step at a time. We started by providing consulting advice to investors who needed help with their under-performing assets. Our initial success enabled us to convince some of the same investors to allow us to invest new capital for them. That in turn helped us build a stronger track record, which we parlayed into sponsoring our first fund in 1989. This fund was invested successfully during a period when the real estate markets were in distress and capital was king. With the success of the first fund, we were able to raise a dozen other funds and grew our business to about $4.5 billion of assets under management, which gave us the platform to take the portfolio public in 1997.

What strategies did you use to weather the Great Recession?

We simplified our business, focused on our cost structure and recapitalized our balance sheet early to position the company for future growth ahead of the market recovery. Many of our competitors who reacted more slowly were still in the retrenching mode when the recovery took hold and were therefore unable to capitalize on early investment opportunities.

Prologis is building a culture of "empowered accountability." Can you elaborate?

It's difficult to point to many major real estate organizations that have stayed on top beyond the careers of their entrepreneurial founders. At one level real estate has always been a fragmented and local business, attracting larger-than-life entrepreneurial personalities who achieve success by taking on a lot of risk during the up-cycle, only to crash and burn during the next downturn. From the very beginning, my partners and I were committed to building a culture of enduring excellence that would help us remain as the market leader over many cycles. The key to our success was our focus on building a decentralized, empowered and accountable organization led by the very best professionals in the business. All investment and growth opportunities are generated by our local teams in the field. These teams operate with a high degree of autonomy. The only major decisions made centrally relate to capital allocation and risk management. By striking this fine balance, we have been able to bring to bear the advantages of our global scale and vast resources without stifling the entrepreneurial spirit of our local leaders.

I am a big believer in giving back and consider myself privileged to be able to do so at a level that can make a difference. There are many worthwhile causes that one can support but in order to have a meaningful impact, my wife and I have chosen to focus our time and resources by contributing to and serving on the boards of numerous educational and community organizations. We have supported educational institutions spanning the spectrum from childhood development all the way through college, including Northern Light School in Oakland, the Making Waves Foundation in Richmond, CA, (focused on providing educational opportunities to pre-college students), as well as Stanford University and MIT, among others. With respect to community activities, we have focused on numerous local organizations including the Bay Area Discovery Museum, the California Academy of Sciences and the Asian Art Museum. We have also supported many Iranian-American institutions such as Iranica Foundation, Persian Center, PARSA and PAAIA.

Regarding the Iranian-American community, do you think that group is punching below, at or above its weight?

Individually, Iranian-Americans are punching at their weight, in the heavyweight division. There are many individual success stories in our community. Based on survey data I've seen on education, professional attainment and income, for example, Iranian-Americans are a leading group in the United States. However, in terms of our influence as a community, I believe we are punching substantially below our weight. Many Iranians who immigrated in the early days of the Iranian Revolution have chosen to downplay their Iranian heritage because of unfavorable views on Iran following the hostage crisis. It's only with the passage of time, and after putting down roots in this country and seeing their children show interest in their Iranian background,that Iranian-Americans are beginning to explore ways of becoming more active on the political and community front. I find this to be a very encouraging trend.