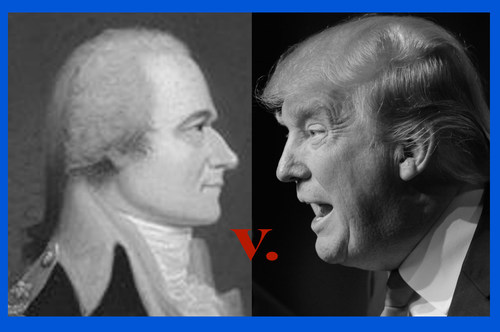 JACKSON, Miss. Not-Yet-President-Elect Donald J. Trump has been bitter in his condemnation of the cast of the Broadway musical Hamilton, but the man for whom the play is named and the cast that surrounded him at the time of the nation's founding could pose a far bigger problem for the Mad Tweeter. Call it the case of Hamilton v. Trump.

"Nothing was more to be desired" in devising the Constitution's plan for choosing a President through an Electoral College, Alexander Hamilton wrote in The Federalist No. 68 in 1788, "than that every practicable obstacle should be opposed to . . . the desire in foreign powers to gain an improper ascendant in our councils. How could they better gratify this, than by raising a creature of their own to the chief magistracy of the Union?"

There is now growing evidence that a hostile foreign power has done that of which Mr. Hamilton warned: the Russians apparently used a massive, sophisticated cyber campaign to spread via social media fake "news" directed at undermining Hillary Clinton and aiding their chosen candidate, Mr. Trump, along with selectively hacking and having Julian Assange publish emails intended to defame Mrs. Clinton. We are left with a man the media keep incorrectly calling the "President-Elect" (there will be no President-Elect until and unless a majority of the Electors select one when they meet on December 19), a man who lost the election by well over two million votes (a fact that is only very infrequently even mentioned in the media), who was assisted immeasurably by Russian agents, and has chosen a man, Lt. Gen. Michael T. Flynn, who has close ties with Russian President Vladimir Putin--as National Security Advisor! It is a plot so fantastic that a publisher would have rejected it as absurd had it been floated by John le Carré. 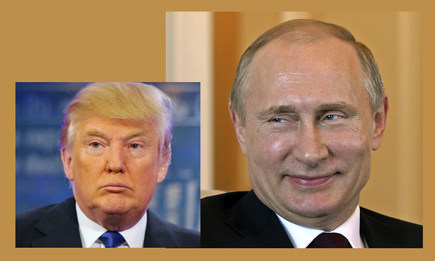 During the campaign, Mr. Trump asserted that Mrs. Clinton's e-mail "scandal" was "bigger than Watergate." Most of what came to be subsumed under the name "Watergate" was a multifaceted attempt to assure that the 1972 Democratic presidential nominee would be someone that President Richard M. Nixon could defeat. Mrs. Clinton's emails were never on remotely that level, but the Russian intervention in the 2016 Election--not to mention the truly extraordinary extent of lying in which Mr. Trump engaged during the campaign (he has already jettisoned the bulk of the "promises" that most animated his supporters)--appears actually to be far worse than Watergate. That scandal involved an American President using illicit means to try to stay in office; this one involves a hostile foreign power "raising a creature of their own to the chief magistracy of the Union."

Where is the outrage? When the enormity of Watergate and its direct threat to the American system of government became clear, many Republicans joined with Democrats in denouncing Mr. Nixon and "All the President's Men." Yet now, as we face an even graver threat to our institutions--must we term it "Putingate"?--even most Democrats, let alone Republicans, seem to lack the courage and patriotism to stand up to the forces that threaten to invalidate the will of the voters, violate the clear intent of the Founding Fathers, and undermine the Republic they established.

A Last Chance to Save America: Faithful Electors

We have less than three weeks to save America. The Framers of the Constitution provided us with the means to do so. Almost everyone is accepting that the Electoral College is a prison from which the American people cannot escape. It is not, and was never meant to be. The Founders clearly intended it to be a fire extinguisher to be used in a time such as this to prevent an unscrupulous demagogue with, in Hamilton's words, "talents for low intrigue, and the little arts of popularity" from becoming President. There is in the Constitution absolutely no requirement that Electors vote for the person who carried their state. That is a complete perversion of the Framers' intent.

Many Republicans are as terrified by a Trump Presidency as are most Democrats. Can they really see this man as President of the United States? Given the general disarray of the Trump campaign during the primaries, it is likely that a good number of the people chosen as Republican Electors in states that he carried are not particularly loyal to him. Only 37 Electors from states Mr. Trump won would have to vote for someone else to deny him the Electoral College majority. Is that too much to ask to save the nation from the disaster of a President who, as Eugene Robinson has said with complete accuracy, "lies the way other people breathe," a White House filled with white supremacists, conspiracy theorists, misogynists, and their ilk--and a President and National Security Advisor who are cozy with Russia's authoritarian ruler?

Whenever anyone suggests that Electors not vote for the candidate who carried their state, the media refer to it as a "Faithless Elector" plan. In fact, it is the opposite. In voting for someone other than a person who is unfit for office and was helped to his electoral vote lead by a foreign power, such Electors would be faithful to the intent of the Framers. Call them "Faithful Electors." 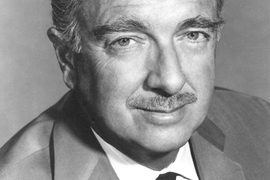 Failure by officeholders of both parties and the mainstream media to stand up and scream about what is happening and demand that the Electors do what the Framers intended for them to do makes them complicit in the demise of American democracy and the values for which our nation has, at its best, has stood. Where is Walter Cronkite when we so desperately need him?

Just imagine the decibel level of the outcry from Mr. Trump and Republicans if he had won the election by more than two million votes and there was strong evidence that his opponent had been massively aided by clandestine Russian attacks on the Republican nominee, but the Electoral College was poised to make her President. Yet, with the shoe on the other foot as our nation is hurtling towards an abyss deeper than the Mariana Trench, pusillanimous Democrats and people in the media do nothing but wring their hands.

The way the electoral vote is being used has produced a Silenced Majority. The Electors choosing the person who won the election, Mrs. Clinton, would be both democratic and totally in keeping with the Founders' intent.

There can be no serious question that if the Founders were the jurors in Hamilton v. Trump, they would (once they got over the hurdle of accepting a (gasp!) woman as President) find overwhelmingly for Mr. Hamilton and elect the highly qualified winner of the election over her very dangerous, unqualified opponent.

Failing that, there is another way the Electors could go to fulfill their duty as envisioned by the Founders and to save the nation from disaster. If 37 Electors from states the Republican nominee carried can be persuaded to defend America by voting for someone else, they can deny the Muscovite Candidate an Electoral College majority.

That could open the way for patriots from both parties to come together and formulate a modern version of the Compromise of 1877 that would create a National Unity Government, for which the state delegations in the House of Representatives would be urged to vote in January. Such a Compromise of 2017 might include a President of one party and a Vice President of the other, both of whom meet the Framers' goal of being competent and not beholden to a foreign power (perhaps Hillary Clinton and John Kasich, or Mr. Kasich and Joe Biden), a pledge by both not to run in 2020, a division of Cabinet posts between the parties, and agreement on certain policies to be enacted, including some of those that attracted voters to Mr. Trump, such as a massive infrastructure program to provide jobs and "draining the swamp" of influence peddling in Washington (which Mr. Trump plainly is not doing).

That way lies the opportunity to transform what otherwise may be the demise of American liberty into a rebirth of the Republic in a bipartisan way--exactly that for which an overwhelming majority of Americans yearn.

A Lifejacket, Not a Straitjacket

The Founding Fathers must be spinning in their graves at the prospect of the institution they devised to block from the office of chief magistrate an incompetent demagogue or someone placed there by a hostile foreign power being utilized instead to put in that position someone who is both.

That is certainly not what our ancestors and contemporaries fought, bled and died for, from Lexington to Mosul. Will we dishonor them, the signers of the Declaration of Independence, and the Framers of the Constitution by lying down passively and allowing "the last best hope of earth" to die with scarcely a whimper from the American people, their elected representatives, and the putatively independent news media?

This is the United States of America, damn it! We pride ourselves on being a "can do" people. "The difficult I'll do right now," sang Billie Holiday in 1949, "the impossible will take a little while." That's the American attitude. We still have a little while--until December 19--to do the seemingly impossible thing that is essential to the future of the United States and the world.

Before it's too late, Democrats, Republicans, people in the media, and the general public need to screw up some courage and speak out forcefully to have the Electors do as Hamilton and the Founders would have them do: realize that the Electoral College was made to be a lifejacket to save the American Republic, not a straitjacket to drown it, and act accordingly.

December 19, from Valley Forge to the Electoral College

In this fast-approaching dark winter that so threatens our nation, a winter in which the fate of America hangs in the balance as much as it did 239 years ago, on another December 19, when Gen. George Washington and his nearly-beaten army arrived at Valley Forge, let us update Thomas Paine's immortal words: "THESE are the times that try a nation's soul. The summer soldier and the sunshine patriot will, in this crisis, shrink from the service of their country; but he and she that stand by it now, deserve the love and thanks of man and woman." Those who fail to stand by their country now will have to explain to themselves and to posterity why they were so cowardly in this time of such obvious need for action.