A tweet from a 23-year-old Saudi Arabian journalist about the Prophet Muhammad reads, "I have loved things about you and I have hated things about you and there is a lot I don't understand about you. I will not pray for you," (Tweet reported from AFP). Another tweet reported by the Daily Beast reads, "On your birthday, I will say that I have loved the rebel in you, that you've always been a source of inspiration to me, and that I do not like the halos of divinity around you. I shall not pray for you." A week later, despite an apology and taking the post down, the young man was forced to flee his country after calls for his execution and the monarchy's calls for his arrest. A Facebook page with over 13,000 supporters is calling for his head. Clerics from Saudi Arabia have branded the young man an infidel and apostate. Mr. Kashgari was arrested in Malaysia and turned over to Saudi authorities to stand trial in the birthplace of the Islamic civilization.

What seems a harmless tweet to some, and a blasphemous tweet for others, is telling of something larger: a pendulum swinging from a civilization to a civil-violation. By this I mean the paradox between the reactions of some in Saudi Arabia and the teachings of one of the most significant figures in history, Muhammad. Secondly, the words of less than 140 characters and the subsequent behavior of Saudi Arabia are telling of a lack of space for spiritual questioning and freedom of expression in some Muslim majority communities. This is not because of anything in Islam but because of states such as Saudi Arabia who have used religion as a tool and asset of state power. States such as Saudi Arabia and Iran have colonized the Muslim majority's space for spiritual discovery, artistic expression, and political expression.

The Muslim majority, and its youth in particular, are thus being suffocated in the space between the civilization that made us and the civil-violations that have been imposed on us by failed political leadership and state co-opted religious authorities. The result is that the world watching Islam from the outside-in risks manufacturing a fiction. And those struggling for definition within, risk eventually becoming it. Saudi Arabia is the reason why separation of religion and state is falsely cited by many 'Islamophobes' in the West as reason why 'Islam is incompatible with democracy.' In Saudi Arabia's case, this may be true, yet not due to inherent tension between Islam and democracy but because states such as Saudi Arabia and Iran have failed the religion. One brief point worth mentioning is that scholars in political science, such as Dr. Alfred Stepan, note that if Islam is incompatible with democracy, as some claim, then how is it that hundreds of millions of Muslims peacefully live in democracies around the world, in Asia and North America and Africa, and that Muslim majority countries like Indonesia, even exist? In an article about the elections in 2009, TIME magazine reported " Yet the election that took place in Indonesia on July 8 was, in fact, testament to the remarkable political experiment unfolding in the world's fourth most populous nation. Upwards of 100 million voters scattered across 920-plus permanently inhabited islands went to the voting booth." While a country like Indonesia is not free from the need for improvement, that Islam and democracy are incompatible is a dangerous myth that needs to be challenged. 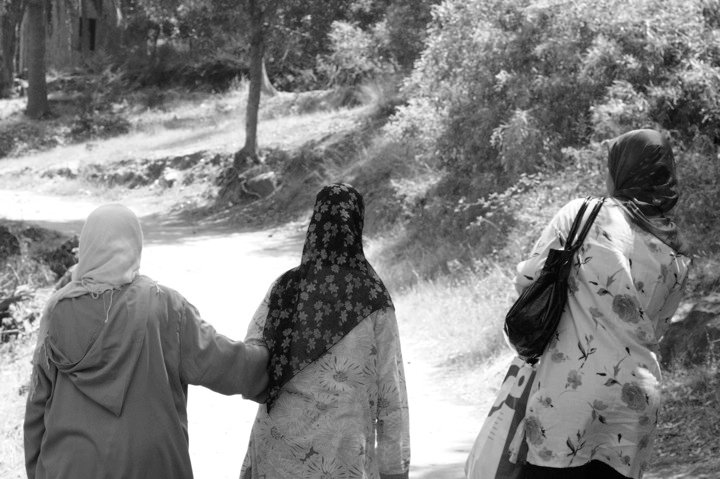 Getting back to Kashgari's controversial tweets, how does such reactive behavior of the state and some clerics in Saudi Arabia stand up to the founding principles of Islamic civilization and the teachings of Muhammad? A key event to reference in Islamic history is when Muhammad had just defeated his enemies and was returning to Mecca, the city that had abused him and the first Islamic community. Dr. Omid Safi, professor of religious studies, writes that " yet, Muhammad declared a general amnesty for all, establishing a paradigm for forgiveness at the height of his political power," (The Muhammadi Revolution). The Prophet marched into Mecca, declaring it a day of mercy. According to historians, he did not even kill Hind, the murderer of his uncle Hamza, nor did he kill or destroy the property of enemies such as Abu Sufyan, who battled Muhammad in war. Instead, Muhammad declared Sufyan's home a sanctuary. Such expressions of forgiveness and understanding in Islamic civilization also conflict with the civil-violations of discriminatory policies and declarations against Shiites by Sunni majority clerics and officials.

Countering Colonization of Our Space

Europe's past colonization of Muslim societies has today transformed into a self-colonization within the Muslim world. From this, the state and its co-opted religious authorities and extremists have a monopoly over the Muslim majority's space for spiritual exploration, creative expression, and political expression. "I was demanding my right to practice the most basic human rights -- freedom of expression and thought -- so nothing was done in vain," Mr. Kashgari told the Daily Beast. "I believe I'm just a scapegoat for a larger conflict. There are a lot of people like me in Saudi Arabia who are fighting for their rights." It is the suffocation of this space from which the beautiful and tragic energies of many Muslim youth burst into the Arab Spring we see before us today. The Arab Spring is not simply political, but a symptom of the ummah's space being colonized by some of its own. Consequently, pluralism, a criteria so vital for a state and society's socio-political development, cannot be nurtured as there is limited space for public discourse. Protesters in Saudi Arabia, demanding greater rights and representation, are being shot and killed by the state's security apparatus, who are ironically armed by the leader of democracy in the world, America. In direct contrast to events of today, Muhammad, the founder of Islamic civilization so many year ago, discovered a faith that sought to challenge the social injustices of his time and is considered the Muslim world's first human rights activist. In Saudi Arabia, women continue to face abuse and limited freedoms, even over acts as trivial as driving a car. Cut to over 1,000 years ago, Muhammad was in fact an employee of his first wife, Khadija. It was in fact Khadija that proposed to Muhammad, in a most progressive turn for that time. Additionally, had it not been for his wife, Aisha, the Muslim world, from its liberals to its minority extremist groups such as the Taliban, would today not have many of the recorded hadiths, or, sayings of the Prophet.

Cultivation of Our Space

Will we become our own fiction? Perhaps the spiritual, intellectual, and artistic space must be engendered and promoted in our own living rooms and dinner tables and mosques and class-rooms. Fathers and mothers and siblings may openly communicate with our children in allowing a space for questioning their faith, developing their spirituality organically and with creative expression. Mr. Kashgari may be wrong in his actions, but his action, blasphemous to some and trivial to others, is symptomatic of the lack of space to question, to discover, and to grow. Such development-inhibiting parameters are the design of not just some in the West, but those driving communities from civilization to civil-violation in the East. Such designs are not complimentary to the teachings of Muhammad, (PBUH). As our Prophet said, ' If anyone travels on a road in search of knowledge, Allah will cause him to travel on one of the roads of Paradise.' Let the Kashgaris of this world have space to travel.