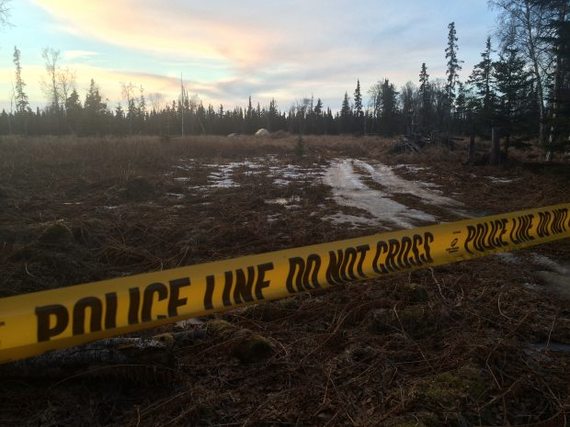 KENAI, Alaska -- Officials said Monday that remains discovered along a trail just outside Kenai on Saturday appear to belong to a family of four that went missing in May of last year. Police also found at the scene the remains of a dog that may be the family's, and a handgun.

Officials emphasized that they were continuing to investigate but described the case as an "active homicide" investigation.

Rebecca Adams, 23, her two children, Michelle Hundley, 6, and Jaracca Hundley, 3, and Adams' boyfriend, Brandon Jividen, 37, were last seen in late May at their apartment on the Kenai Peninsula. The remains and items missing from the family's apartment were found about about a quarter-mile from where they lived on California Avenue, in a wooded lot between Alpine Drive and Borgen Avenue.

The bodies were found in a grassy, shrubby area about 15 yards off a trail packed down for vehicles and four-wheelers. They were in what Kenai Police Lt. David Ross called a "depression" in the ground, but not a hole. With spring or summer foliage, the remains would not have been visible from the main trail, he said. The area was mostly brown and snow-free when the bodies were found over the weekend.