Outrage has died down in Ferguson, Missouri, where a white police officer fatally shot an unarmed African-American teenager last summer. Protesters and the national media have largely left town. Yet, Ferguson still struggles with a costly burden: 51% of homes in this mostly African-American community are seriously underwater, according to RealtyTrac. Thousands of families owe at least 25% more than their homes are worth. 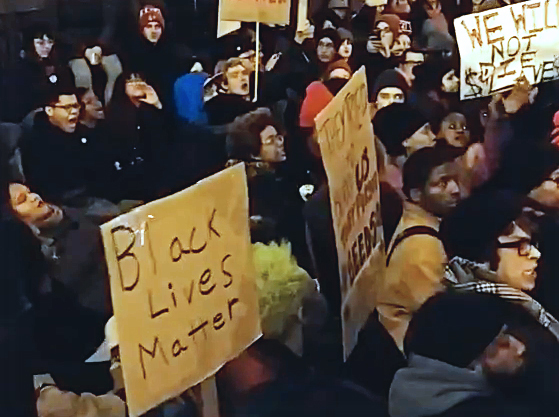 This dire situation is replicated in modest neighborhoods nationwide, from Hartford, Connecticut to Richmond, California, and is particularly concentrated in communities of color. Home price appreciation has generally hopscotched over these neighborhoods, instead enriching the higher-income, majority white areas.

Many children have witnessed first-hand their parents' homes foreclosed on by big banks, their families locked out by sheriffs, and broken promises of modification assistance by our government. These breaches, at a minimum, may sully a child's vision as to whom to trust. At worst, when a police officer asks a young man to stop selling untaxed cigarettes or walking in the street, the kid might look up and see an officer who looks like the sheriff who evicted his family and made his parents cry. Trust has been broken and respect lost.

As Founder of American Homeowner Preservation, a socially responsible hedge fund that purchases non-performing mortgages from banks and then provides sustainable solutions to keep families in their homes, I had a ready pool of people with whom I could check my hypothesis: our clients. These are people who have struggled with foreclosure and underwater loans. As I talked to several African American homeowners, I heard the same sentiments as those expressed by 'Black Lives Matter' protesters.

"We got a Ferguson here," Gwen Ward of Inkster, Michigan, told me. "There are Fergusons all over."

An African American and a veteran, Ward purchased her home in 1967 when she was just 21. Now disabled from injuries she sustained in the Gulf War, Ward can hardly walk and getting care through the Veteran's Hospital has been challenging. "Then, my husband was laid off from his job at a tomato factory," she said. "He later got cancer and, after three years, they still haven't approved his disability claim. It's absurd. But we're not going to give up. We'll be alright."

The Wards owed almost $85,000 on their mortgage when they were foreclosed on. AHP purchased the mortgage prior to the foreclosure sale, and agreed that the couple could stay in their home for $248 a month. In 2020, once all the payments are made, the Wards will get the deed back.

"I respect the police, but they can't disrespect me. We pay their salary," said Ward, who was a corrections officer for several years. "I tell my sons and grandsons, if the police stop you, if you want to live another day, you hold your hands up on the steering wheel and don't make a sudden move. 'Yes, sir' and 'yes, ma'am.' Just like back when they had slavery."

Jai Dix was facing foreclosure on his Toledo, Ohio, home and owed close to $50,000 when AHP purchased his mortgage. AHP offered to settle the loan for a $14,000 one-time payment. After saving up the money, Dix, who is African-American and an Army veteran, drove to Chicago to exchange a cashier's check for the mortgage release.

"Out of all my friends, I'm probably the only one who still owns my home," Dix said.

What he says rings true: Because 92 percent of African Americans' wealth is derived from homeownership (compared to 67 percent for Latinos and 58 percent for Whites), according to a Hass Institute for a Fair and Inclusive Society Report, during the housing downturn African-Americans' wealth dropped sharply. Fully 53 percent of African-American wealth has disappeared in the last seven years.

Dix works for a demolition company that is contracted by the city to demolish vacant homes, like those lost by his friends and family. "After the foreclosure crash hit, I was working 10 hours a day, 6 days a week," Dix said. After families are evicted and homes are stripped by vandals, the city eventually steps in to order demolition. "These communities try to keep smiling, but the vacant homes are like rotten teeth," he said, "and the demolished homes are like knocked-out teeth. The smile doesn't look so good anymore."

Stephen Gilbert said the problem extends beyond vacant homes to low-quality schools. "If you look at every major American city, we all have the same problem: our school systems suck," Gilbert said. "In Chicago, 60 to 70 percent of black males don't graduate from high school."

"If they get a felony, they really can't get a job. At my delivery job, I had people routinely asking 'Hey, man, you hiring?' I said, 'Yeah'. 'What if you got a felony?' I'm like 'Sorry, dude. If you have a felony, I know they're going to throw [your application] away.'"

"They got to eat, right?" Gilbert asked. "So, they're selling weed. This is a financial opportunities problem. They just don't have any alternative. We got to do something. We can't throw away people. These are our citizens. We need to find a concrete plan to engage these people."

Gilbert owed $195,000 on the mortgage on his home in the Chicago suburb of Maywood. In 2010, he was laid off. By 2013, values had plummeted in his neighborhood and his property was only worth $32,000. Weeks before the scheduled foreclosure sale, AHP bought Gilbert's loan and agreed to modify the payments from $1,449 down to $320 monthly.

We need to recognize that America's low-to-moderate income communities have been pillaged by Wall Street financial products such as "no credit needed" auto loans, payday loans, and subprime mortgages. Further, we need to focus on keeping families in their homes, providing children stability, and restoring trust and respect between families and banks, law enforcement, and our government. "Hands Up. Don't Foreclose."