Ah, to be young, blonde and a swimsuit model. Hannah Davis, aka "the next Kate Upton," has already landed her dream spot in the pages of Sports Illustrated, but she's now received an even higher honor: her very own cover spread.

The 23-year-old is featured in this month's Ocean Drive, posing in the latest swimwear at the Fontainebleau Miami Beach hotel. From high-waisted numbers to intricate monokinis, Davis proves that no suit is beyond her modeling prowess. And even though she tells the magazine that the Sports Illustrated Swimsuit Issue gig was the "ultimate" for her, that doesn't mean it was easy for the St. Thomas native to strike a sexy pose:

"I shot in Guilin, China, and I was in the middle of nowhere. So hopefully, maybe next year, I can be by the water or at the beach. I feel more like myself, and I take even better pictures when I'm in my element. In China, the whole experience was awesome, but I definitely had to really act and be someone else for a minute -- it's hard to be sexy when you have tourists walking around this park in China!"

Well, at least she didn't get frostbite. See Hannah Davis' Ocean Drive cover and a video of the shoot below. Think Kate Upton should be worried? 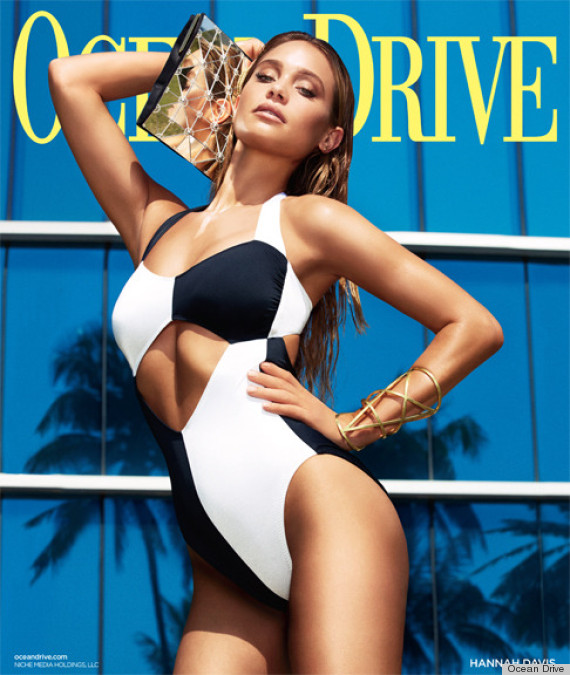